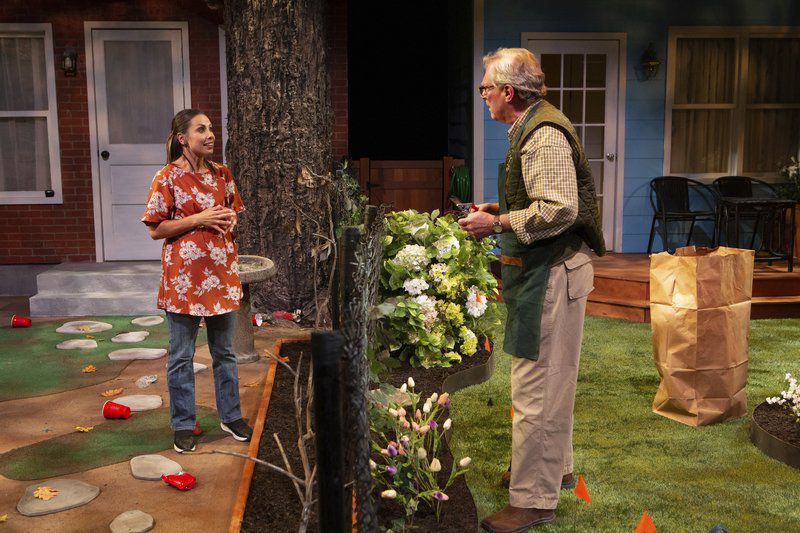 New neighbors, new cultures and a clash over fences take center stage at Gloucester Stage with its current production of "Native Gardens," a contemporary comedy. Pictured here are Alaina Fragoso in the role of Tania Del Valle, and Patrick Shea in the role of Frank Butley.Photo credit: Jason Grow 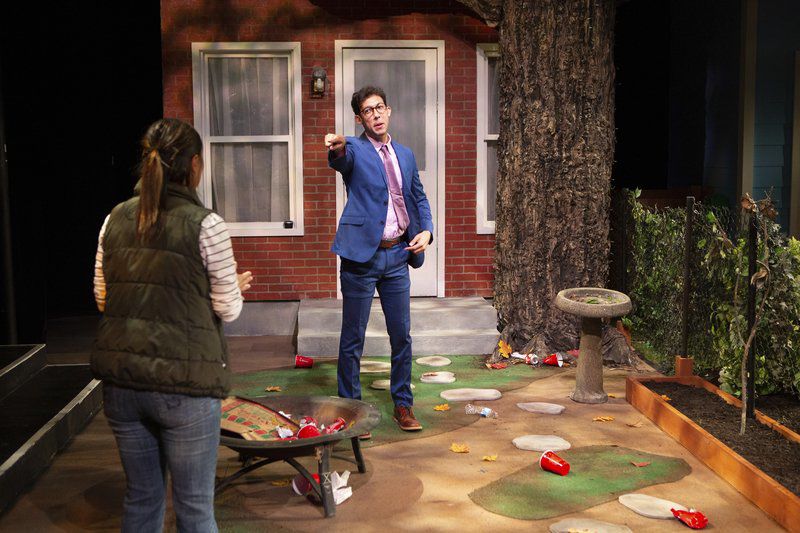 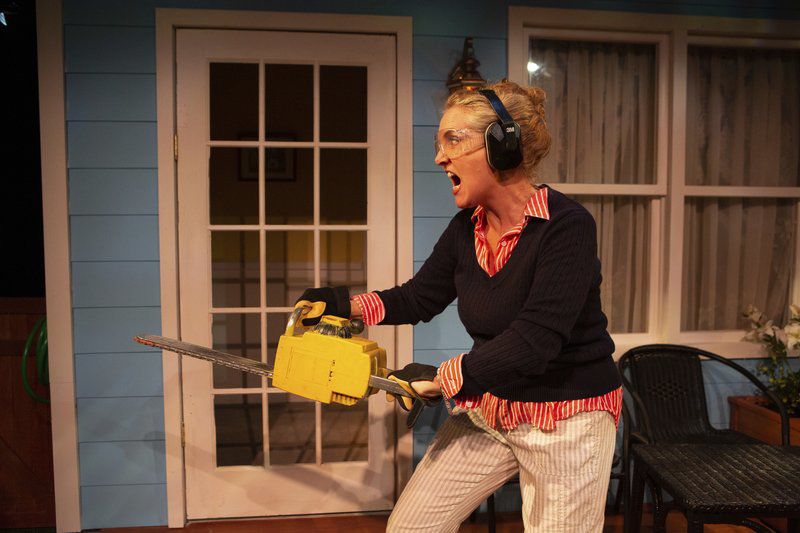 New neighbors, new cultures and a clash over fences take center stage at Gloucester Stage with its current production of "Native Gardens," a contemporary comedy. Pictured here are Alaina Fragoso in the role of Tania Del Valle, and Patrick Shea in the role of Frank Butley.Photo credit: Jason Grow

"The tremendous skill of playwright Karen Zacarías is her playful and balanced approach to poking fun at the touchy subject of race,” said Robert Walsh, artistic director of Gloucester Stage.

Zacarías' "Native Gardens" earned a Top 10 ranking among the most-produced plays in the country, coming in at No. 8, according to a listing of 2018-2019 in the American Theatre Magazine. Local audiences can see the play in Gloucester through Oct. 20.

"Soon a disagreement between the neighbors over a longstanding fence line derails their plans of realizing the American Dream and Frank Butley's dream of winning the first prize in the annual Best Garden competition," according to the synopsis.

The story opens when Pablo, seeking to become partner in a prestigious law firm, agrees to host a party at the couple's new home. Of course, a very pregnant Tania, who is studying and still organizing their new home, is upset her husband did choose another time to hold the party. That is only the start of an unfolding story of surprises.

Managing Director Christopher Griffith said there is a reason why "Native Gardens" is one of the Top 10 most produced plays in 2019.

"This funny and very well-written show hits home on what's happening in our own backyard, and I don't just mean literally," he said.

The cast brings almost all new faces to Gloucester Stage, starting with director Kelly Galvin, who holds an MFA from Boston University and a bachelor's degree from Wellesley College. Galvin is the founder of 'the rig,' a project that brings live performances to audiences with limited access to professional theater.

Eduardo Ruiz, who plays Pablo, is a Puerto Rican actor, from Mayagüez. He received his bachelor's degree in theater arts from the University of Puerto Rico and his master's degree in classical acting from London Academy of Music and Dramatic Art.  His wife Tania is played by Alaina Fragoso, a graduate of Emerson College and the Atlantic Acting School.

The established couple in the historic neighborhood is played by Leigh Strimbeck in the role of Virginia Butley and Patrick Shea as her husband Frank. Strimbeck, who grew up in Marblehead and Swampscott, most recently appeared as Madame Arcati in "Blithe Spirit" with Voice Theatre of Woodstock, New York. Shea who returns to Gloucester Stage for the first time in 26 years. He previously appeared in "Benefactors," "Wenceslas Square" and "The Last Yankee." After graduating from the American Academy of Dramatic Arts, Shea began his career in the acting ensemble of the New York Shakespeare Festival and later in the Broadway production of "Child’s Play." A veteran of Shear Madness in both Boston and Los Angeles productions, he also has both television and film credits.

Rounding out the cast are Jeomil Tovar and Fernando Barbosa, who play the landscapers. Both are students at Salem State University pursing degrees in acting and performance. Tovar's credits include roles with The Firehouse Center for The Arts, Front Porch Arts Collective, Underlings Theatre Company, Marblehead Little Theatre, among others. Barbosa, a Boston-based, actor, singer and musician, has performed with Marblehead Little Theatre, Theatre Company of Saugus and has earned an Elliot Norton nomination.

The playwright is one of the inaugural Resident Playwrights at Arena Stage in Washington, D.C., and a core founder of the Latinx Theatre Commons. A Washington, D.C, resident, Zacarías is the founder of Young Playwrights’ Theater, an award-winning theater company that teaches playwriting in area public schools.

What: "Native Gardens," a contemporary comedy.

How much: $15 to $48 with discounts available for senior citizens, military families, college students and those under 18 years of age. For detailed ticket information visit www.gloucesterstage.com.

Post-show discussions between the audience and artists take place Sundays, Oct. 6 and13, following the 2 p.m. performances.