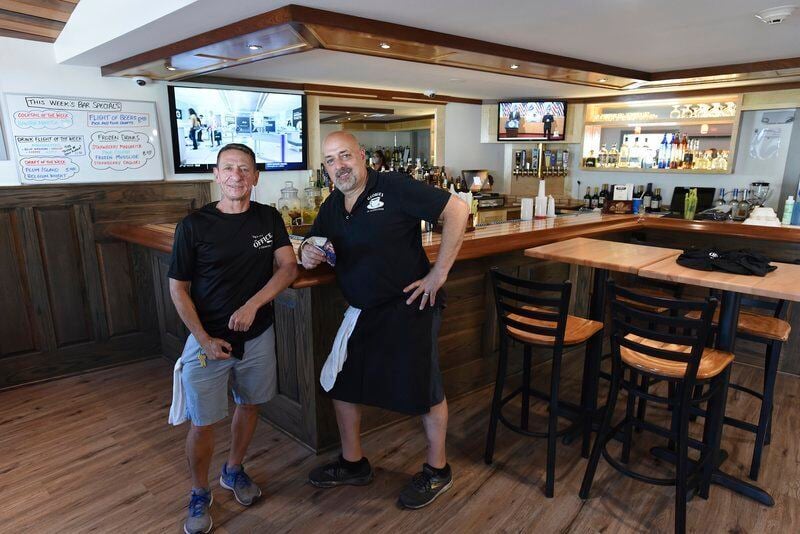 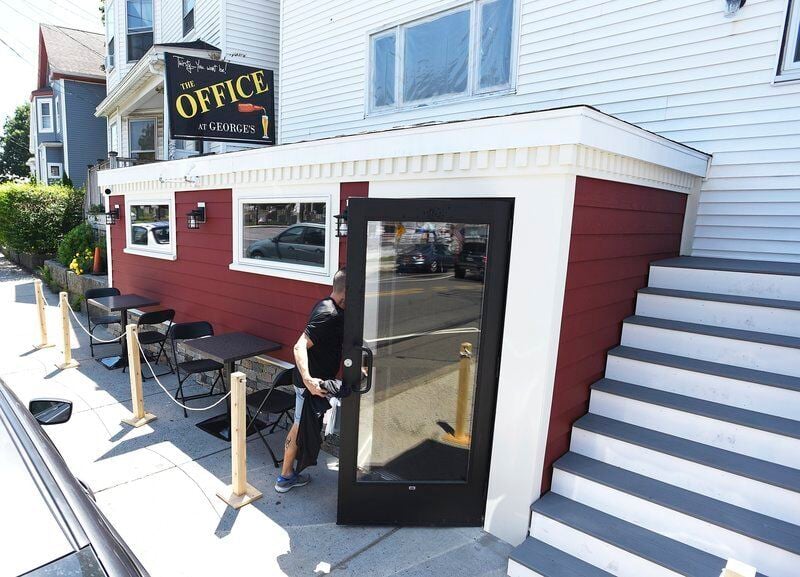 George's Coffee Shop at 178 Washington St. has transformed the former Salah's Scoops creamery into The Office at George's, a pub-style addition with a seasonal liquor license.

"I have always seen that the need in Gloucester is an inexpensive pub where someone can go and take their family," owner Dean Salah said. "This is the niche that Gloucester is missing."

The corner store creamery scooped its last cone on Oct. 6 as Salah prepared to expand his restaurant.

When he closed the ice cream shop, all Salah would reveal to a Times reporter about the upcoming renovations was that it was a "vision that I have pondered for some time."

Ten months and a pandemic later, Salah's vision has become a reality as George's whopping portions of food at reasonable prices now extends into the evening hours.

Opening this past Monday, the first day of serving lunch and dinner "went good," Salah said. "You know we are working out the kinks. It gets busy and I have a brand new kitchen staff, new bartender, almost all new waitresses, and I still have the coffee shop that is running gangbusters like it usually does."

While sitting down in between the pub and George's breakfast space, Salah said he is excited for the new addition to be the missing piece in the city's already delicious cuisine puzzle.

"We have higher end places with fabulous food, but you can't go there four nights a week, you don't want pizza and subs every night either, and no one cooks anymore," he said. "I just wanted to be that middle ground, you know."

Although The Office at George's is a new space with a new name, Salah emphasized that it is simply an addition of lunch, dinner and drinks to the menu at George's.

On any given weekday, customers can begin to order pub food such as burgers, wings, quesadillas and nachos at noon. The lunch and dinner menu will begin at 1 p.m. on weekends.