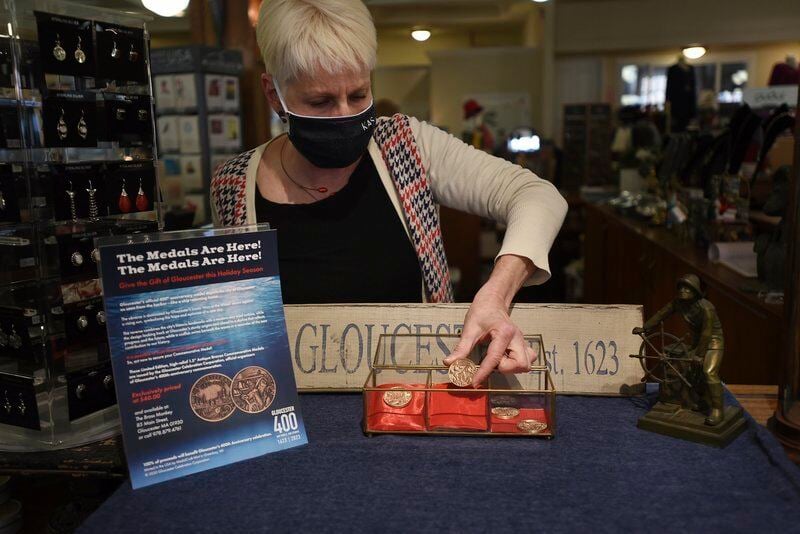 PAUL BILODEAU/Staff photo. Katharine Shairs, manager at The Brass Monkey, places a Gloucester400 celebration coin on display. The medals are now available for purchase for $40 at Main Street gift shop. 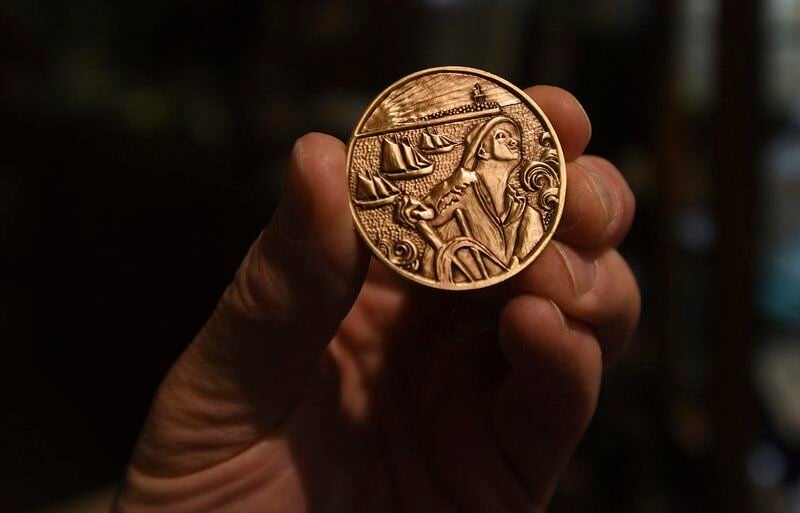 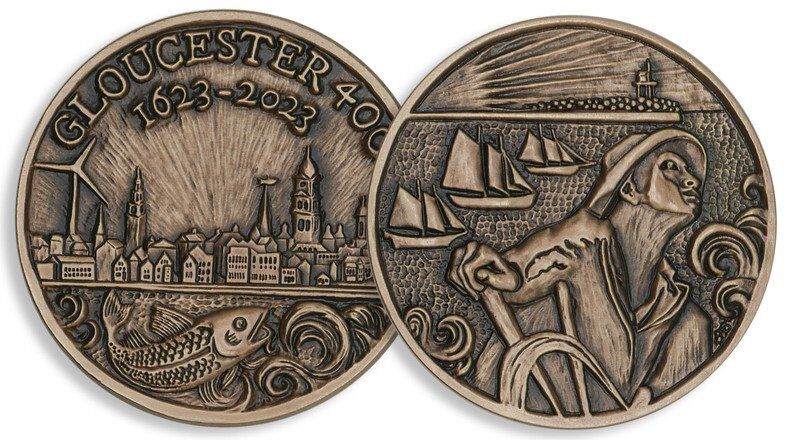 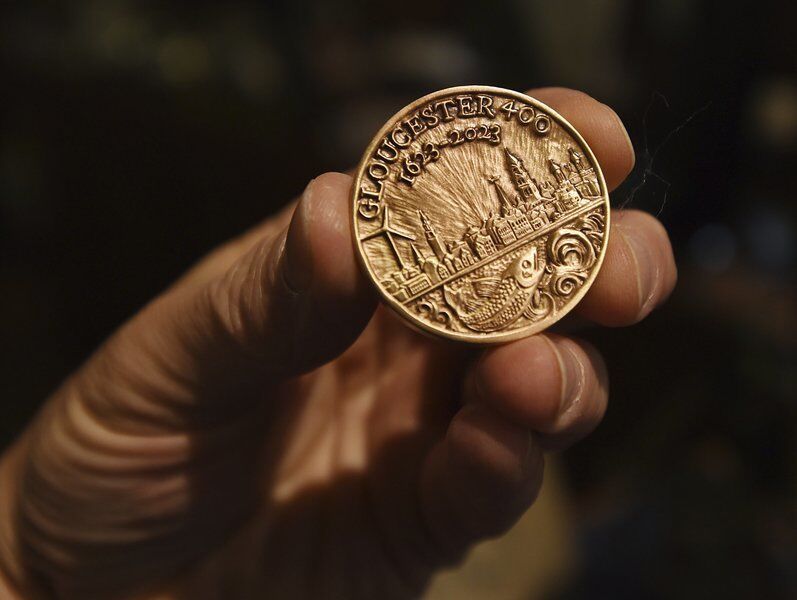 PAUL BILODEAU/Staff photo. Katharine Shairs, manager at The Brass Monkey, places a Gloucester400 celebration coin on display. The medals are now available for purchase for $40 at Main Street gift shop.

Minted in antique bronze by Medalcraft Mint of Green Bay, Wisconsin, the 1.5-inch, high-relief medals with the award-winning design by local artist Beth Swan can be purchased at The Brass Monkey, 85 Main St.

“At this time of year, it’s natural for all of us to look back on the extraordinary challenges our city has faced in 2020, while looking ahead to the promise of the coming year,” said Bruce Tobey, co-chairman of the Gloucester400 Steering Committee and president of Gloucester Celebration Corporation. “The past year has been an inflection point in Gloucester’s story and is remarkably analogous to the city’s past four centuries of hope and challenge — represented so beautifully in the design of our commemorative medals.”

Swan’s design — "Out at Sea" — captures the city's harborside: The front of each medal is dominated by Gloucester's iconic Man at the Wheel,  shown against a rising sun that symbolizes the hope and optimism of a new day. The reverse depicts the city's historic landmarks contrasted with a modern-day wind turbine, looking simultaneously back at Gloucester’s sturdy origins and ahead to a skyline that reflects progress and the future. Below the skyline, a codfish swims beneath the waves as a reminder of the ocean's role in the lives of the city’s families and businesses since 1623.

“Long before I learned about the medallic design competition, I was inspired by our life in Gloucester to create the illustration that eventually became the design that I submitted,” Swan said. “I couldn’t possibly be happier or more honored that today these medals will represent Gloucester’s 400th for generations to come.”

Swan was named the winner in February of three finalists who competed to design the city's commemorative medal. In addition to her design being known as the official medal of the city's quadricentennial celebration, Swan received $10,000 in prize money.

Available for purchase at The Brass Monkey, the medals are priced at $40 with 100% of the proceeds benefiting the city’s 400th Anniversary celebration.

“I am really excited the way the medal turned out,” said Tom Lance, the owner of The Brass Monkey. Lance has been working with the 400th Committee as the liaison between the committee and the designer and mint. “The fisherman at the wheel and the cod really come out of the medal to meet you.”

While there is not an option to order a medal online yet, Lance said that anyone who would like one without having to come to the store should call 978-879-4761 to make arrangements.

“We want it in the hands of the people that really want it,” he said.