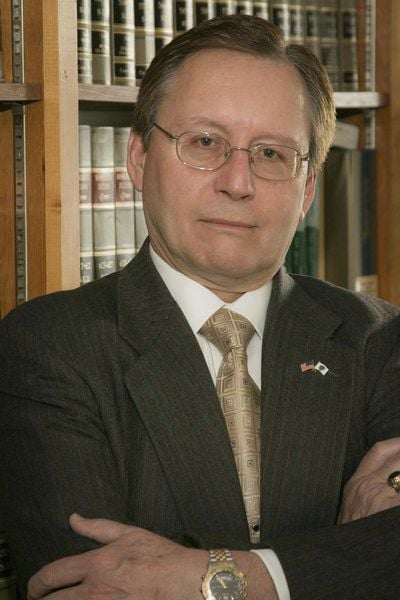 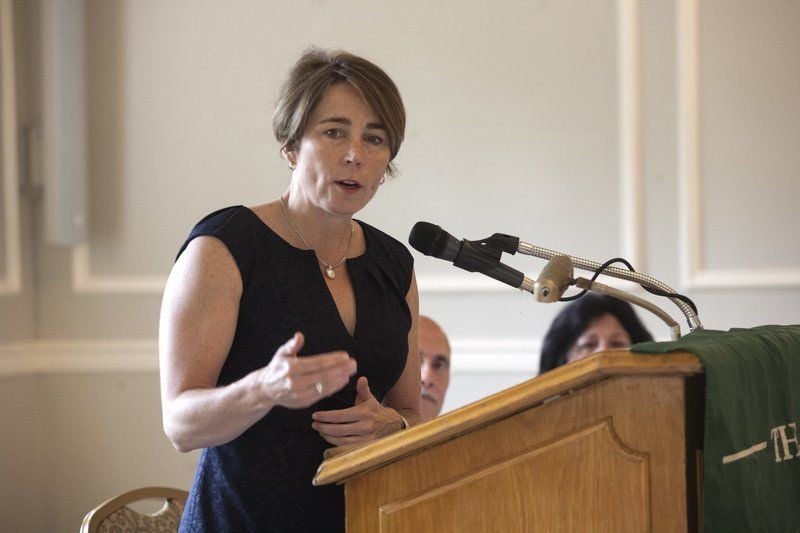 BOSTON — Democratic Attorney General Maura Healey has made gun violence a key issue during her first term in office, earning praise from gun-control advocates but disdain from gun rights groups.

Not surprisingly, it has become a pivotal issue in Healey's re-election bid, with her Republican challenger accusing the incumbent of overstepping her authority on gun control.

"She is violating the Second Amendment," Republican Jay McMahon, a Bourne-based attorney challenging Healey in the Nov. 6 elections, said in a debate broadcast on WGBH radio Wednesday night. "She's been a political activist ... by her reinterpretation of the assault weapons ban. She signed an edict declaring whole categories of guns illegal to possess."

Healey argues that she is merely doing her job as the state's top law enforcement official, which includes enforcing firearms regulations.

"I think it's pretty clear that I'm not the NRA's favored candidate in this race," Healey said in Wednesday's debate. "There's a reason that Massachusetts has the lowest gun death rates in the country — we have strong laws on the books and we enforce those laws. You can respect and honor the Second Amendment and also enforce laws that protect public safety."

Two years ago, Healey broadened the definition of "copies or duplicates" of AR-15s and other semiautomatic rifles that are prohibited under the state’s 1998 assault-weapon bans. The move was in response to the shooting at the Pulse nightclub in Orlando, Florida, where 49 people were killed by a gunman brandishing a semi-automatic rifle.

Gun rights groups sued Healey over the move, but in April a federal court judge upheld the decision and ruled that the assault weapons ban doesn't violate the Second Amendment.

"When I learned that in 2015, 10,000 assault rifles were sold in Massachusetts in violation of the law, I did my job as attorney general and I sent notice and made clear that we would enforce the law," Healey said in Wednesday's debate. "Since that happened, sales of those weapons have ended here."

Healey also has used her powers under the state’s consumer protection law to seek documents from gun-makers about accidental discharges, lawsuits and legal settlements.

More recently, Healey issued a directive in conjunction with police chiefs and officials in Gov. Charlie Baker’s administration that said plastic firearms known 3D guns are illegal under federal and state law because they are untraceable, do not have serial numbers and wouldn't require a background check to print.

It was directed at gun owners who may want to purchase blueprints for weapons, if and when they become downloadable, to be made using 3D printers.

McMahon: AG 'going after us'

On the campaign trail, McMahon has argued that Healey's actions amount to an abuse of power.

"Let's be clear, this current AG is going after us, to take the guns from lawful gun owners; this is her plan to get guns off the street," McMahon wrote in a fiery post on his campaign website. "Licensed gun owners do not commit crimes. Thugs get their guns on the black market, and not from our licensed gun shops."

To be sure, McMahon has also criticized Healey for not being tough enough on drug dealers, pointing to the state’s ongoing opioid addiction crisis. He's also blasted the Democrat for her legal challenges to many of Republican President Donald Trump's divisive policies, and her support for the state’s 2016 transgender rights law, which is up for repeal on the November ballot.

But gun control has emerged as a key issue in the race.

Massachusetts already has some of the strictest gun laws in the nation, but support for even tougher measures has increased since the Valentine’s Day shooting at the Marjory Stoneman Douglas High School in Parkland, Florida, and other mass shootings.

He also opposes the state's "red flag" law allowing for the temporary removal of firearms from people considered a danger to themselves or others.

McMahon, who hasn't held public office, won the endorsement of delegates to the Republican state convention in April and defeated lawyer Daniel Shores in the Sept. 4 GOP primary.

Healey, of Charlestown, was elected in 2014 to replace Martha Coakley, a Democrat who challenged Gov. Charlie Baker for governor that year. Prior to that, she spent seven years in the attorney general's office, including a tenure as chief of the civil rights division.

Republicans face an uphill battle to unseat Healey in November, whom polls have shown remains extremely popular in deep-blue Massachusetts.

The office has been occupied by a Democrat since 1969, when Republican Attorney General Elliot Richardson left the job for a cabinet position under then-President Richard Nixon.

Healey is also leading in the money race, with more than $2.1 million in her campaign account as of Sept. 30, according to the Office of Campaigns and Public Finance.

Election laws restrict special interest groups from "coordinating" with the political campaigns, which makes it difficult for supporters and opponents of gun control to provide direct support either candidate, financially or otherwise.

But that hasn't stopped advocates on either side of the contentious gun control debate from stating their support — or opposition —for Healey or McMahon.

"Unfortunately, Maura Healey has used her office more for politics than actually doing the work of the people," said Jim Wallace, executive director of the Gun Owners Action League of Massachusetts, an affiliate of the National Rifle Association, which backs McMahon. "If he's elected, Jay would bring about a sea of change on Beacon Hill, especially on Second Amendment issues."

Likewise, groups such as the Massachusetts Coalition to Prevent Gun Violence, which is nonpartisan, is staying out of the race despite its support for many of Healey's priorities.

"Maura Healey is a courageous leader who has stood up to the gun lobby and the gun makers," said Gloucester resident John Rosenthal, a longtime gun control advocate and co-founder of the group Stop Handgun Violence, which also doesn't endorse candidates. "We have the least amount of gun deaths of any state in the country, and I would argue that that's directly attributable to her work as attorney general."

Christian M. Wade covers the Massachusetts Statehouse for the North of Boston Media Group's newspapers and websites. Email him at cwade@cnhi.com.