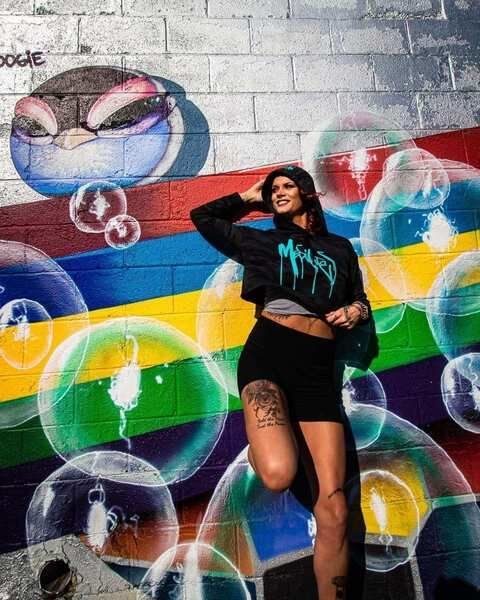 Rockport-based photographer Jay Mailo agreed to provide professional shots for Becca Murray, pictured, to enter the Inked contestm saying, "I was moved to take her on and do some photos for her. She has put her work in and everything she needs to be where she is." More of Mailo's work can be found on Facebook at Https://facebook.com/JayMailoArt, and on Instagram at Https://www.instagram.com/jaymailophotography 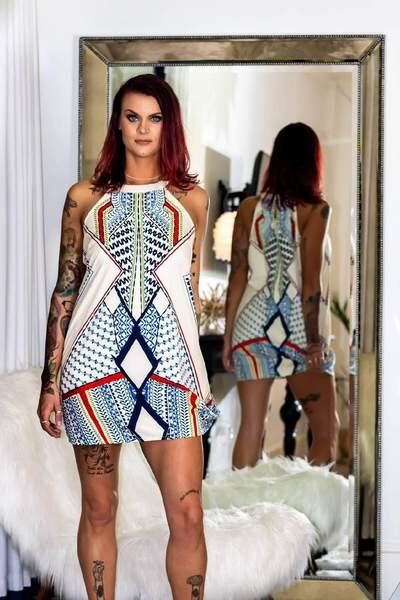 Rockport-based photographer Jay Mailo agreed to provide professional shots for Becca Murray, pictured, to enter the Inked contestm saying, "I was moved to take her on and do some photos for her. She has put her work in and everything she needs to be where she is." More of Mailo's work can be found on Facebook at Https://facebook.com/JayMailoArt, and on Instagram at Https://www.instagram.com/jaymailophotography

A year ago, if you were to tell Becca Murray that she should compete to be on the cover of an international magazine, she probably would have said no.

"For numerous reasons, I wouldn't have done it," she said Tuesday. "Mostly due to a lack of confidence."

The lifelong Gloucester resident is one of 64 people competing in the semi-finals of Inked Magazine's 2021 Cover Girl competition, which opened with 100,000 entrants on Jan. 19.

"I've adopted this mindset of, 'Why not?" Murray said.

Founded in 2004, Inked is a tattoo lifestyle digital media publication that has featured celebrities such as Avril Lavigne, Malin Akerman, Ozzy Osbourne, and Kid Cudi.

Six years sober, the 6-foot tall Murray's journey to where she is today — a mother, student, worker, and model — hasn't been an easy one.

"It has been quite the ride," she said.

After years of struggling with addiction, Murray graduated from North Shore Recovery High School in Beverly in 2009.

It took her five more years and hitting rock bottom to work her way back up to sobriety.

Currently in recovery, Murray works day in and day out to make a new life for herself and her daughter, Luella.

"Sometimes you just need to take a few detours and some of those detours will delay some milestones of accomplishments," she said. "But that in no way means they are off the table."

"You just have to keep pushing," Murray added.

In addition to working at the North Shore Recovery High School as a paraprofessional and recovery coach, Murray is wrapping up her final year of college. She plans to continue her education as she aspires to work in Criminal Justice.

Murray's journey through the cover girl competition has been a collaborative effort. Rockport-based photographer Jay Mailo agreed to provide professional shots, Beauport Hotel provided a room for her to do a photo shoot, and Sunbanque Tanning Beverly is raffling off free tanning for those that vote for the salon's former employee.

"I was moved to take her on and do some photos for her," Mailo said. "She has put her work in and everything she needs to be where she is."

"It is truly inspiring of where she has come from and where she is now," he added.

Up until the quarterfinals, Murray was sitting in first place in the Inked competition. She currently stands in seventh place with voting ending Thursday, March 4, at 11 p.m.

"The competition is getting increasingly harder, however, the whole experience itself has been great," she said. "I don't think it could have happened at a more perfect time."

People can visit Inked Magazine's website to vote once a day for free. Additional votes can be made by selecting 'MusiCares Vote,' where  one dollar equals one vote, with a portion of the proceeds donated to MusiCares — an organization dedicated to providing services and resources for music professionals in times of need.

The winner of the competition will not only receive an all-expenses paid trip to join celebrity photographer Christopher Kolk for an exclusive cover shoot and grace the cover of Inked Magazine, but also be awarded a $25,000 cash prize.

If she wins, Murray said that she will divide the money between her daughter's savings, one of her favorite charities, student loans, and saving for a down payment on a special home for her family.

“I want her (Luella) to know that nothing and no one should ever shake her confidence enough for her to give up on something that she wants to achieve in life,” Murray said. “I want to be a role model for her through my recovery and everything that comes along with that, but also through self love, compassion, and perseverance.”

Votes for Murray can be cast by visiting https://cover.inkedmag.com/2021/rebecca-murray

Staff Writer Taylor Ann Bradford can be reached at 978-675-2705 or tbradford@gloucestertimes.com.