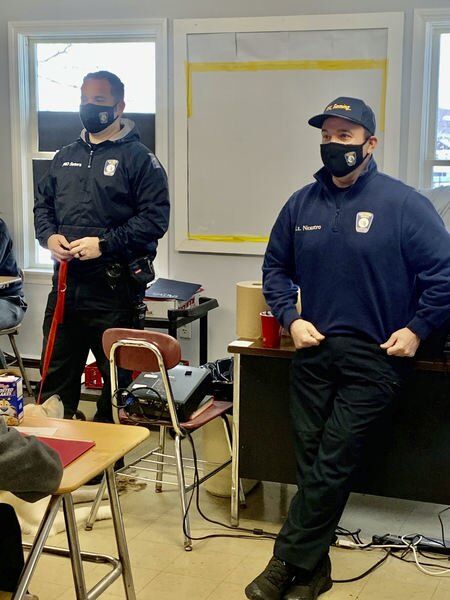 School resource Officer Pete Sutera, left, with Ace the community resource dog, and Lt. Jeremiah Nicastro chat with a classroom of students as part of the new All Stars Academy program at O'Maley Innovation Middle School and Gloucester High School. 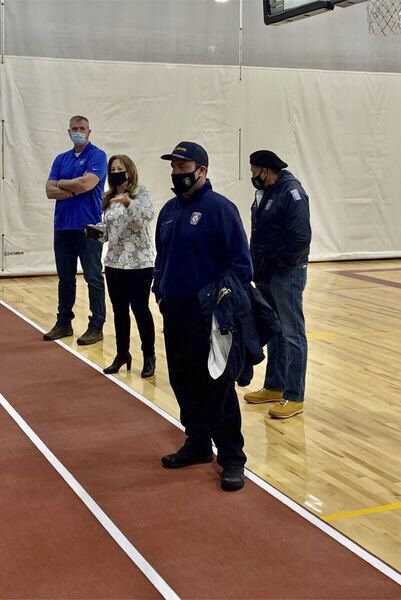 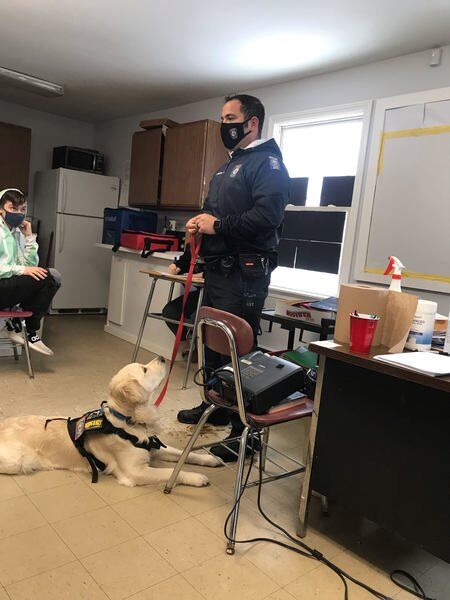 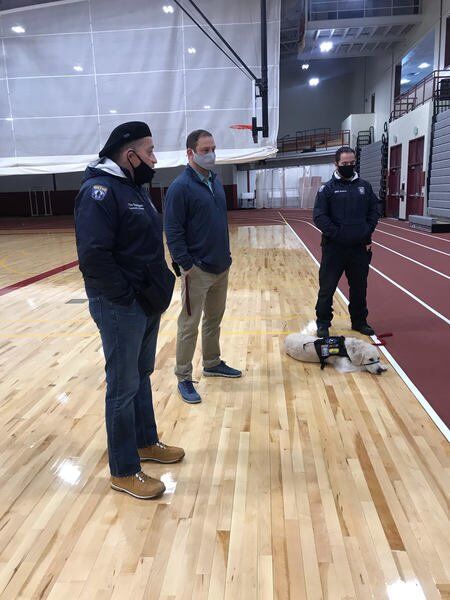 School resource Officer Pete Sutera, left, with Ace the community resource dog, and Lt. Jeremiah Nicastro chat with a classroom of students as part of the new All Stars Academy program at O'Maley Innovation Middle School and Gloucester High School.

The city's Kops-N-Kids program has expanded its outreach to middle and high school-aged children.

The All Stars Academy has started at O’Maley Innovation Middle School and Gloucester High School. Its aim is to promote healthy habits and build character among children. The program is a partnership between Essex District Attorney Jonathan Blodgett, Gloucester Public Schools, and the Gloucester Police Community Impact Unit and Kops-N-Kids program.

“Building upon our Kops-n-Kids program, the District Attorney's All Star Academy will build long lasting bonds with our youth from middle school into high school,” Lt. Jeremiah Nicastro said.

The new initiative, funded by a two-year $50,000 grant from the DA's office, will provide bi-weekly guest speakers, activities, awards, field trips and meals to the students who have volunteered to participate in the program.

The DA's office has a similar program in the Lynn public schools known as The Breed Middle School All-Stars Program, which as earned a 2018 National Pillar of Excellence Award.

Through the various opportunities the program provides, it aims to "prevent the use of alcohol, tobacco, marijuana, and inhalants; reduce violence and bullying; and build character so young people will become responsible adults and have bright futures," police Chief Ed Conley wrote to Mayor Sefatia Romeo Theken in late January.

The city's Kops-N-Kids program was started in 2016 to deploy Gloucester police officers to each of the elementary schools to spend time with pupils, giving them a chance to see police officers in a fun, friendly, non-threatening setting and understand that the police officers are there to help them whenever they're in need.

The new All-Star Academy will take the model of Kops-N-Kids and scale it up to meet the needs of teenagers.

"We are excited to expand our partnership with the Community Impact Unit, Kops-N-Kids and the middle and high school with the generosity of the DA's office," said the high school's Adjustment Counselor Amy Kamm.

With two weeks under their belt, school administrators and the members of the Community Impact Unit are working to identify teens who might be a good fit for the program and create an effective schedule.

Any teen who wishes to get involved in the program is advised to contact his or her guidance counselor or notify a teacher.

Her or she can also reach Kamm at akamm@gloucesterschools.com.