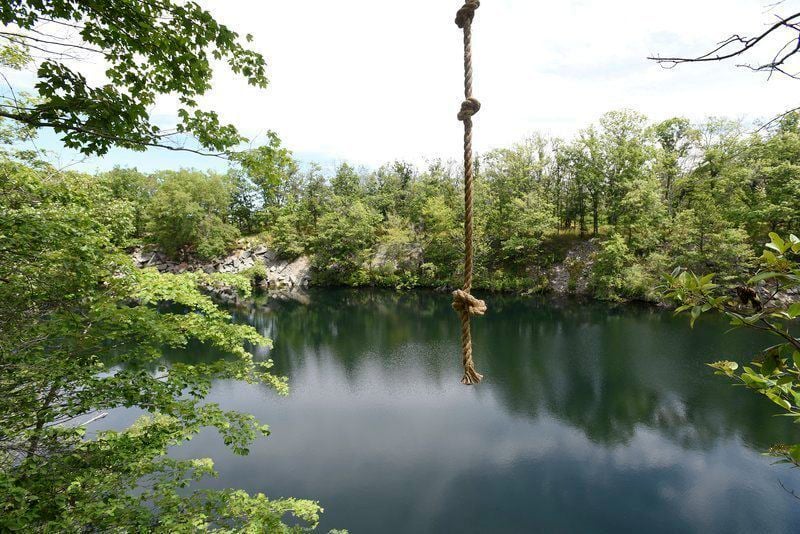 PAUL BILODEAU/Staff file photo/A rope swing at Nelson's Pit, a quarry near Gloucester's Plum Cove School. Access trails to it, Vernon's Pit and and the Klondike Reservoir are being closed Monday and until further notice. The city already prohibits swimming in the quarries. 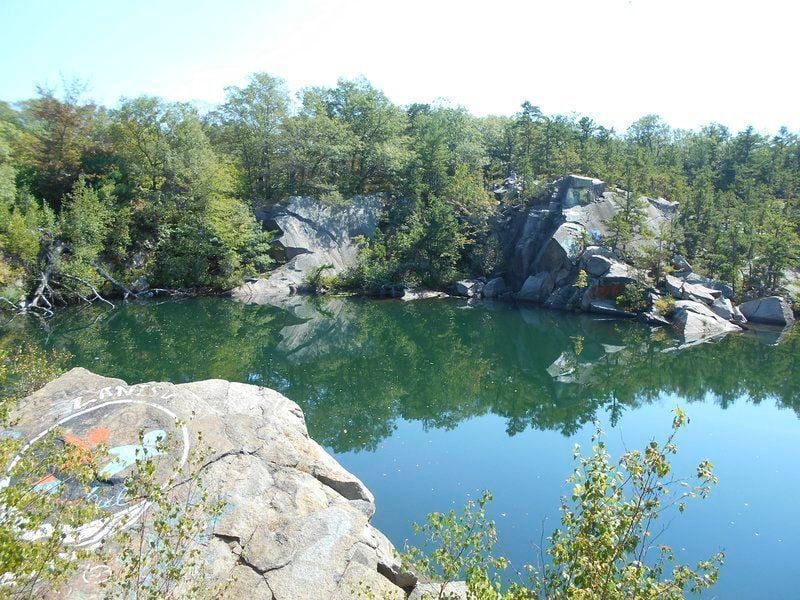 PAUL BILODEAU/Staff file photo/A rope swing at Nelson's Pit, a quarry near Gloucester's Plum Cove School. Access trails to it, Vernon's Pit and and the Klondike Reservoir are being closed Monday and until further notice. The city already prohibits swimming in the quarries.

Due to an increase in visitors, Lanesville quarries and their access trails are being temporarily closed by the city.

Vernon's Pit, Nelson's Pit, and the Klondike Reservoir and related trails will be closed until further notice starting Monday, June 29. The city already disallows swimming in the quarries, and especially Klondike Reservoir, part of the city's public water supply.

"I'm angry and saddened at how that area has been mistreated," Mayor Sefatia Romeo Theken said in a June 25 statement. "This temporary closure is to ensure the safety of our residents and visitors as we develop short- and long-term plans to address these concerns so that quarries can be safely and respectfully used."

Starting Monday, anyone who enters the trails or the quarries during the closure could face trespassing charges or, per the Gloucester Code of Ordinances, fines up to $300 for littering.

During the summer season, the city's Public Works and Police departments have received an uptick in calls from residents who have expressed concerns and frustrations with large crowds, vandalism, litter, and fires.

Most recently, the city was notified by residents that there had been six fire pits that were still hot on a recent Sunday morning as well as piles of trash, bottles, cans, containers, and filth.

"I appreciate my Lanesville neighbors and watch groups and commend their hard work and dedication on the clean-up efforts of our quarries and access trails," Ward 4 City Councilor Val Gilman said. "Neighborhood safety remains our primary concern."

"We will continue to actively patrol the quarry areas educating people about the closure and asking them to leave," police Chief Ed Conley said. "Anyone that persists may be subject to fines and criminal trespass charges."