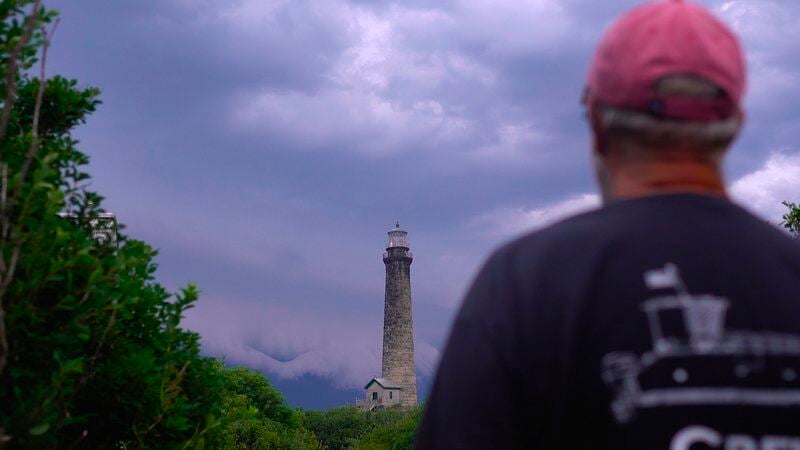 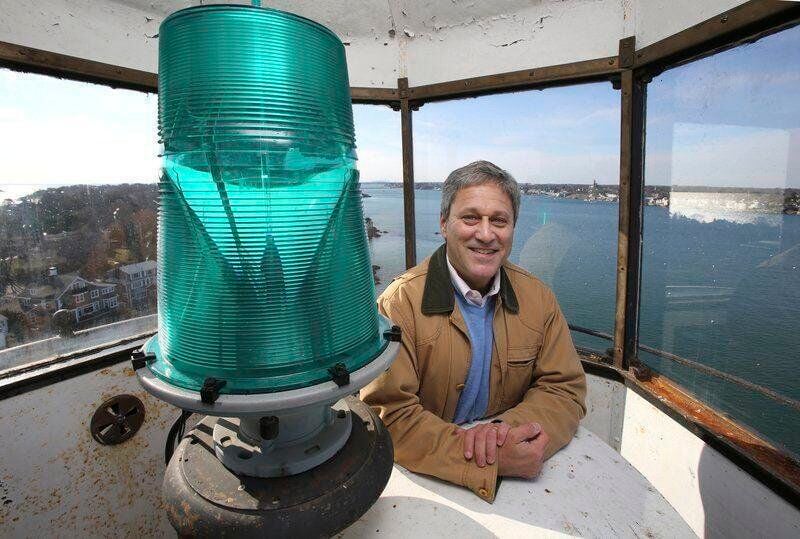 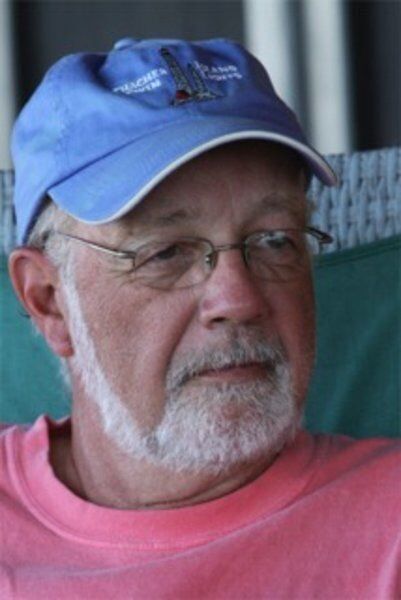 File photo/Paul St. Germain of Rockport is featured in the film documentary, "The Last Lighthouses." St. Germain has written several books about Thacher and Straitsmouth islands and their lighthouses. 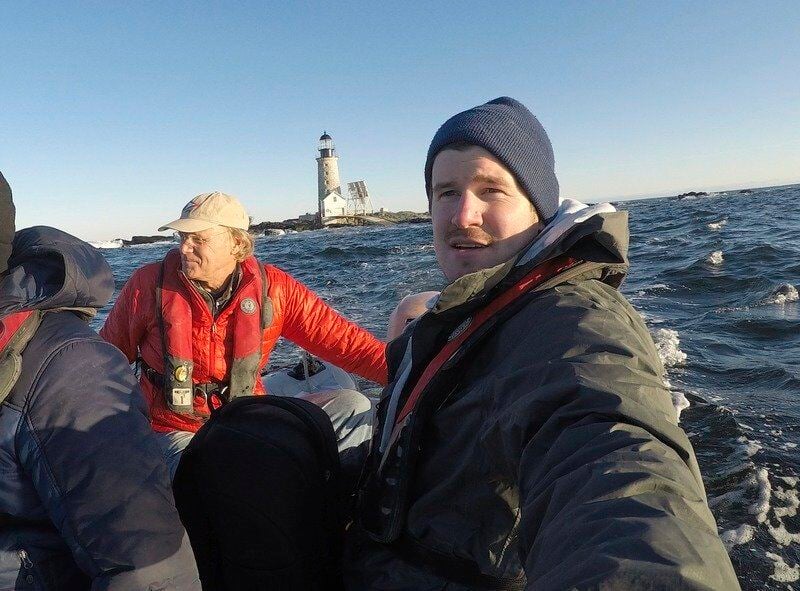 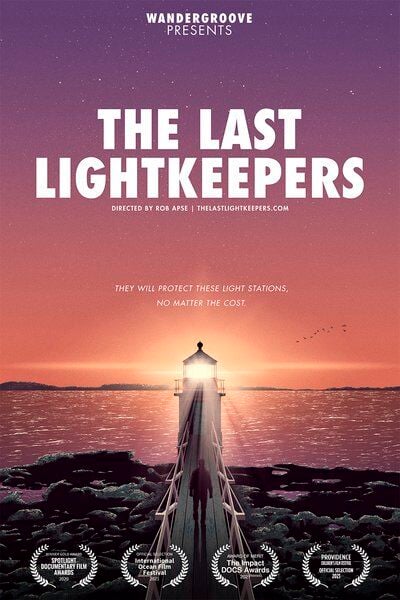 File photo/Paul St. Germain of Rockport is featured in the film documentary, "The Last Lighthouses." St. Germain has written several books about Thacher and Straitsmouth islands and their lighthouses.

ROCKPORT — Paul St. Germain of Rockport and Eric Jay Dolin of Marblehead made their film debuts this month in "The Last Lightkeepers," a documentary by Rob Apse.

"In 2000, the National Historic Lighthouse Preservation Act was passed which created a mechanism to dispose these structures to cities and non-profits first and as a last resort they are put up to bid for private ownership," Apse wrote in an email. "And so, 'The Last Lightkeepers' covers the historic past of these structures and the important events surrounding them and parallels those stories and events with all the people behind the preservation efforts that is happening today."

St. Germain stepped down as president of the Thacher Island Association, a nonprofit group dedicated to raising funds for the restoration and on-going maintenance of the island, last summer after 22 years. Over the past decade, he oversaw a massive, $3.2 million effort to open Straitsmouth Island off Rockport to the public for the first time in 180 years. Massachusetts Audubon assisted the association in the near decade-long effort to rehabilitate the island's historic landmarks for public use, such as the $150,000 project to repair the iconic lighthouse in 2013. Straitsmouth Island finally reopened in 2019.

Keepers of the flame

The Thacher Island Association outsources its lightkeepers every few weeks. Each season, the association builds a roster of volunteers to watch over all operations on Thacher and Straitsmouth islands. Duties include welcoming visitors, grooming trails, and various carpentry, painting and mechanical jobs.

"We get new ones sometimes, but most of the same people come back every year," said St. Germain. "Some stay for a week while others may stay for six or seven weeks. It all depends on how much someone likes to camp."

Apse said St. Germain's wealth of knowledge made him a perfect interviewee for his project.

"I was lucky enough to spend the night on Thacher Island one summer with Paul St. Germain," he wrote. "Paul was telling me a story about how one of the keepers saved Woodrow Wilson's ship returning from the Treaty of Versailles and had been caught up in the fog. Before nearly crashing, the keeper turned on the fog signal and saved them at the last minute. Turns out FDR (Franklin D. Roosevelt) was also aboard as secretary of the Navy. We would've lost two presidents if it wasn't for that keeper."

St. Germain said Apse did "an unbelievably great job" with his movie.

"The main thrust of the movie was to talk with those who are actively restoring and maintaining lighthouses," explained St. Germain. "The other thing, in Thacher's case, is that there's a segment on the fresnel lens."

Fresnel lenses are used to magnify a lighthouse's light beam. Thacher Island's first-order fresnel lens was installed in 1861, 40 years after the technology was invented by French physicist Augustine-Jean Fresnel. In 2011, the Thacher Island Association and Cape Ann Museum in Gloucester were able to bring the 150-year-old artifact back to Cape Ann from U.S. Coast Guard Academy Museum in New London, Connecticut.

"It's on display at the museum," said St. Germain. "They went over there to shoot some footage of it."

A guide for the film

Dolin, another North Shore historian and author of “Brilliant Beacons: A History of American Lighthouses," is also featured in "The Last Lightkeepers."

"Eric's knowledge really supported the journey and the stories I was hunting down and filming," Apse said. "The goal of the film was to showcase the past events surrounding lighthouses and parallel that with current preservation efforts and his book 'Brilliant Beacons' provided that guide for me and the film."

In a conversation with the Times on Friday afternoon, Dolin complimented Apse on the film's cinematography and narrative structure.

"Rob does a great job of pulling together so many different threads and perspectives about how and why these people are preserving these lighthouses," he said. "It's a wonderful human nature about everyday heroes, in a sense, protecting our nation's lighthouses."

Other lighthouses and their keepers featured in the movie are the Graves Light Station in Plymouth County, Halfway Rock Light Station in Harpswell, Maine, and Pomham Rocks Lighthouse in East Providence, Rhode Island.

The documentary was recently featured at the Providence Children's Film Festival. Cape Ann filmmaker Kim Smith , whose "Beauty on the Wing" earned the festival's Special Jury Award for Best Feature Documentary Film, said "The Last Lightkeepers" was one of her favorite shows at the event.

The film is available to purchase or rent digitally on Amazon Prime. More information is available by visiting www.thelastlightkeepers.com.