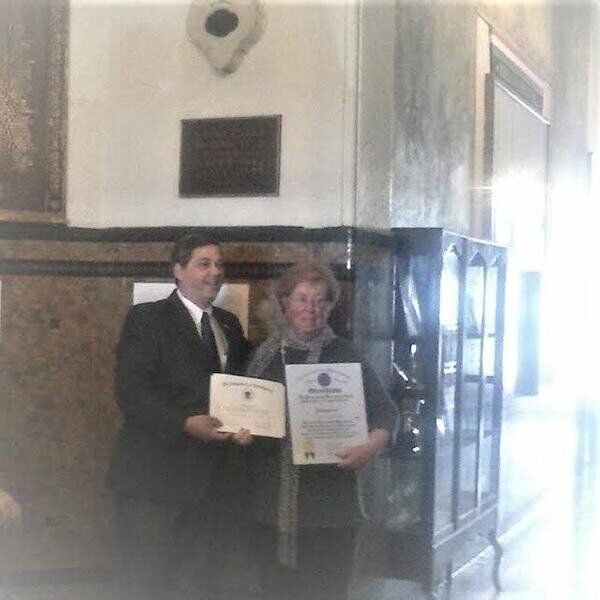 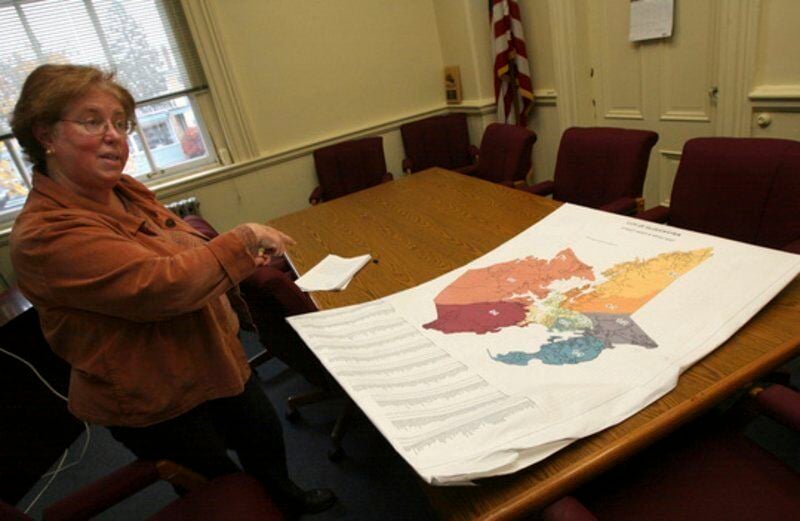 KATE GLASS/Staff file photo/Linda Lowe discusses ideas for consolidating polling places to streamline the city's election in 2014. Lowe, who died Feb. 15, served the city as its solicitor then as city clerk for more than 25 years. 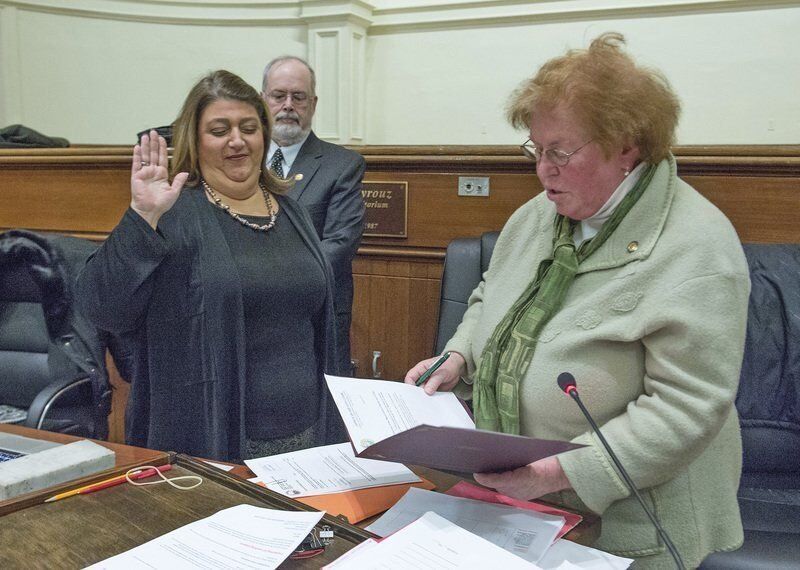 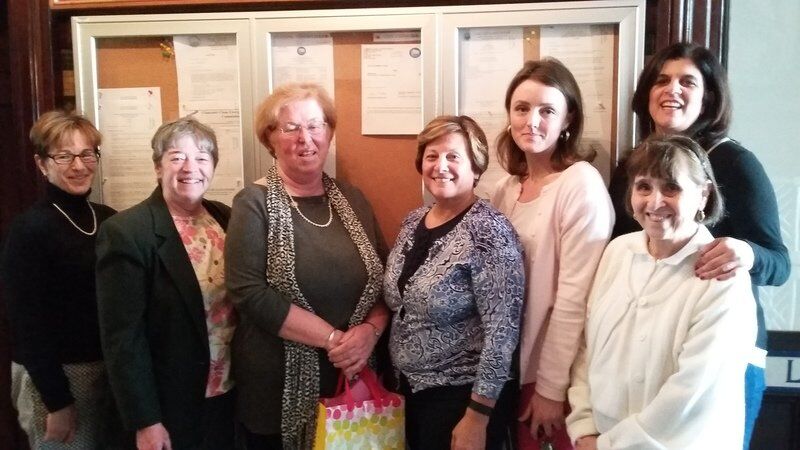 Meredith Fine/Courtesy photo/Taken on the day of her retirement, this photo captures Linda Lowe, third from the left, with the staff of the Gloucester city clerk's office.

KATE GLASS/Staff file photo/Linda Lowe discusses ideas for consolidating polling places to streamline the city's election in 2014. Lowe, who died Feb. 15, served the city as its solicitor then as city clerk for more than 25 years.

Meredith Fine/Courtesy photo/Taken on the day of her retirement, this photo captures Linda Lowe, third from the left, with the staff of the Gloucester city clerk's office.

A class act, a hard worker, and an encourager.

These are just a few of the many uplifting words community members used to describe former City Clerk Linda T. Lowe, who passed away earlier this month.

“She made her hometown a better place,” wrote Meredith Fine, a local attorney and former managing editor of the Gloucester Daily Times.

Lowe, of Gloucester, died on Feb. 15, according to Campbell - Lee, Moody, Russell Funeral Home in Beverly. She was 72.

Serving the city of Gloucester for more than 25 years, Lowe was said to have had an impact on everyone she met. She known as a well-respected expert in the field of municipal law, hard worker as Gloucester’s general counsel and city clerk, and an eager participant in the conversation of who's on first as the Red Sox entered another season at Fenway Park.

“Linda served multiple mayors as city solicitor, which highlights her professional approach to the job. She also was a very professional city clerk. Both of these jobs are difficult. As city colicitor, she was responsible for providing legal advice to the entire municipal structure and as city clerk, she had nine bosses, the City Council. She managed these relationships with grace and humor,” Fine wrote in an email to the Times. “Speaking personally, I will always be profoundly grateful for Linda’s support of my mid-career change from journalism to law.

From the first time former Mayor Bruce Tobey met Lowe, he said was impressed by her professionalism and intelligence.

When conducting interviews for the city's new general counsel, he said Lowe swept the floor.

“She came into the room and blew me away,” Tobey said Wednesday. “First, she was smart. Secondly, she was concise and direct in her answers.”

Throughout the years of working together, Tobey was consistently impressed by Lowe’s ability to handle difficult situations.

“She is a rock solid professional whose advice I valued and a colleague I valued,” he added. “She was a friend and we loved her.”

In 2016, Times reporter Ray Lamont wrote that Lowe served for nearly two decades as Gloucester’s general counsel under mayors Tobey and John Bell until 2008, when then newly-elected Mayor Carolyn Kirk looked to hire the Boston-based law firm Kopelman and Paige to handle the city’s legal issues. That pursuit was shelved when Kopelman and Paige officials recognized they had a conflict of interest since the firm was already representing Essex in a sewer fee lawsuit against the city. Kirk then named Suzanne Egan, who served as the city’s chief counsel through 2014.

Lowe went to work for the Framingham-based Patrini & Associates, but was named city clerk in November 2009, succeeding Bob Whynott when he retired after 17 years in the job.

She retired as clerk in 2016, handing over the reins to current City Clerk Joanne Senos.

"She was a committed public servant," Senos said. "When she became the city cerk, I appreciated her guidance, support and words of encouragement during our time working together."

Assistant City Clerk Grace Poirier added that she will "never forget the time I spent working for her in the city clerk's office."

"I'm grateful for the opportunity she gave me to work in municipal government," she added.

Rockport resident Dana Jorgensson said her friendship with Lowe went back to childhood.

“Linda was the first teenager to my memory my mother ever hired. I couldn't have been more than six or seven years old,” she said. “After a while, there were many more but I never forgot her.”

Years later, the two would end up working together as Lowe was hired as city clerk one month after Jorgensen took the position of the city's clerk of committees.

“I learned how to draft ordinance and special council permit language for motions from her, and found her editing skills to be top notch,” Jorgensen said. “Her deep knowledge of municipal law, and her municipal memory, were invaluable to the workings of the City Council.”

Whether it was finding ways to streamline the city’s election process or share the latest score of her beloved baseball team, Lowe loved it all.

“Linda and I shared a love for the Red Sox, lamenting the 2003 ALCS debacle with Aaron Boone’s walk-off homerun and then celebrating the following year with the 2004 World Series win,” said Cindy Dunn, who worked for Lowe for five years when she was the city’s general counsel.

“I will celebrate her life with a toast this year on Opening Day,” Dunn added.

There is no memorial event currently scheduled at this time.

In the original version of this story, published in print and online, Dana Jorgensson's surname was misspelled, and her hometown was incorrect.