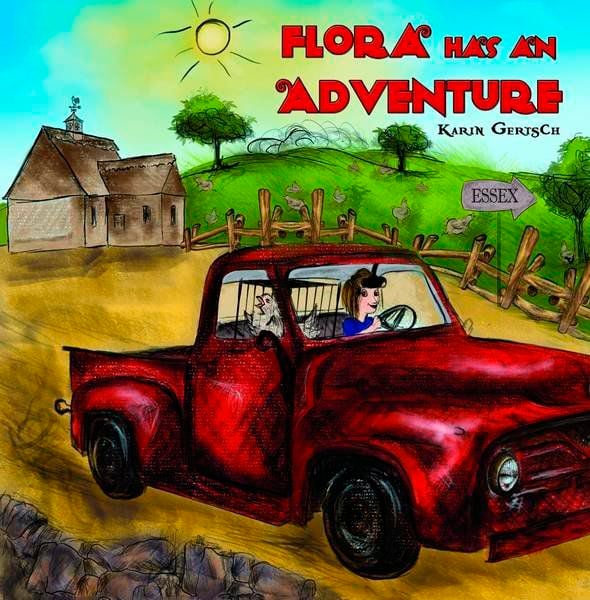 Courtesy photo/Essex resident Karin Gertsch will read from her children's book, "Flora Has an Adventure," on Friday, Jan. 24, at 3:30 p.m. at the TOHP Burnham Public Library in Essex. 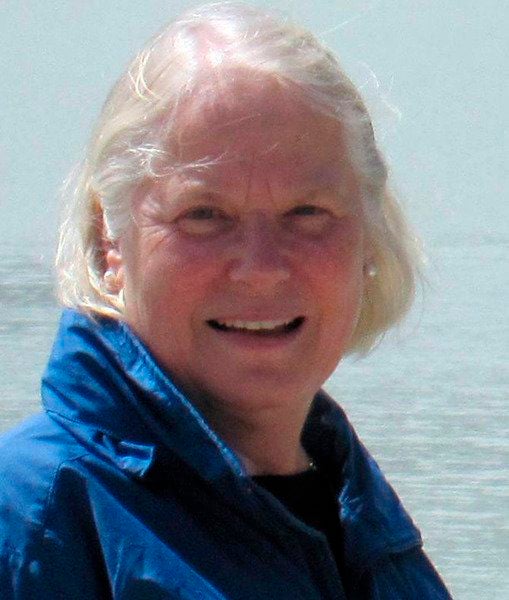 Courtesy photo. Karin Gertsch of Essex has published a children's book, "Flora Has an Adventure."

Courtesy photo/Essex resident Karin Gertsch will read from her children's book, "Flora Has an Adventure," on Friday, Jan. 24, at 3:30 p.m. at the TOHP Burnham Public Library in Essex.

Courtesy photo. Karin Gertsch of Essex has published a children's book, "Flora Has an Adventure."

ESSEX — We’ve all heard the stereotype about libraries being boring, but Essex resident Karin Gertsch and a feathered friend have hatched an idea that has brought some magic to the TOHP Burnham Public Library in the form of the children’s book, "Flora Has an Adventure."

The text, accompanied by vibrant watercolor-style artwork, tells the tale of Flora, an Ameraucana chicken, who decides to spend a day away from her life at Featherfield Farm to accompany Marge, the farmer’s wife, to play with local children at the library. Once they arrive, the children marvel at Flora's appearance, her Dr. Seuss-like green eggs, and even her ability to type on a computer keyboard. Real-life children responded similarly when Gertsch debuted her book at Essex Elementary School in December.

Believe it or not, the whimsical tale finds its roots in a true story in which Gertsch, who lives on a farm, was invited to bring her real-life chicken to the TOHP Burnham Public Library for a reading of children’s classic "The Little Red Hen." This event contributed to how she looked at and connected with her chickens and played a part in motivating her to write "Flora Has an Adventure."

“This book was written because I was observing,” Gertsch said. “I was trying to think, ‘What am I going to do with all this information that I’m writing down? Why am I writing all of this down? This is silly!’ I never thought of myself as ‘The Chicken Woman.’”

Aside from her real-life and farm experiences inspiring "Flora Has an Adventure," Gertsch asserts that her seemingly-simple children’s book goes deeper than what is immediately perceptible on the surface. For her, writing literature to be read by children is an opportunity to capitalize on instilling worldliness and relevant morals in an impressionable new generation. While some may not see how a flock of chickens can be related to human society, Gertsch believes that time alongside her own hens has opened her eyes to such similarities.

“I’ve been retired now for a few years and I’ve had time to observe the chickens and I’ve learned that chickens are all different, just like people. They have different personalities,” Gertsch said. “The story is about the diversity not just of the chickens, but also the children who meet her and get to be part of the story. The children are also from different walks of life.”

Gertsch is no newcomer to writing. She previously authored "Cape Ann and Vicinity," a prominent guide book, and currently has a novel, novella, and creative nonfiction manuscript pending publication. However, Gertsch makes clear that her children’s book, published by Austin Macauley in New York, need not be marginalized in its significance.

“The lessons are there,” Gertsch said. “They’re embedded in the story.”

Gertsch said she is looking forward to reading "Flora Has an Adventure" on Friday, Jan. 24, at the TOHP Burnham Public Library for an after-school program audience at 3:30 p.m. She'll also be bringing a chicken.

Who and what: Essex resident Karin Gertsch reads her children’s book "Flora Has an Adventure." The event, for children 5 and older, will feature a craft, snacks and a live chicken.

How much: Free, but reservations requested by contacting children's librarian April Wanner at awanner@essexpl.org or 978-768-7410.