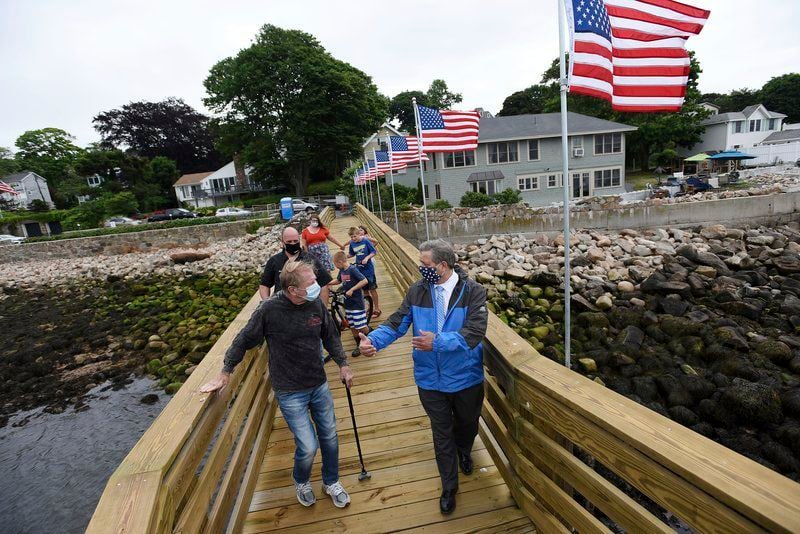 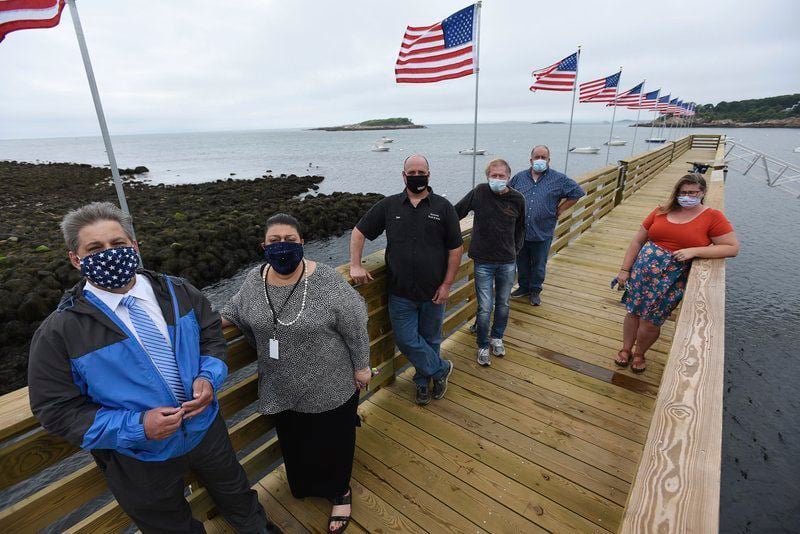 As the city wades into Fourth of July week, 27 American flags outline a new and improved Magnolia Pier.

After three years of fundraising and construction to rebuild the iconic city landmark, the Magnolia Pier Reconstruction Project is completed. The pier is slated to open to the public later this month once the stonemasons complete the wall at the entrance.

“We couldn’t find a way to gift wrap it so we figured between what is going on with COVID and what is going on in the country and everything else I thought it would be nice to stick some flags on it,” said Ted Costa, a member of the Magnolia Pier Advisory Committee.

“It is kind of like wrapping it in a way,” he added.

After the pier took a series of beatings from storms in March 2018, the waves and winds tearing up boards and weakening the support beams, the community rallied together to rebuild it.

A fundraising committee was formed, events were planned, and work began.

“In the scope of community projects, that is a lot of money and a lot of it was $20 and $50 bills from people who were just giving what they could,” Ward 5 City Councilor Sean Nolan said. “Magnolia being Magnolia, they wanted to help as much as they can because everyone understands that money is money.”

He added that the city may receive some additional money from the state and from FEMA down the line, but nothing is for certain during within the pandemic.

“It is absolutely amazing,” said state Senate Minority Leader Bruce Tarr of Gloucester, who helped the community through the permitting process. “The way the community has come together has been a real exclamation mark for this neighborhood and how it can work together.”

He referenced a number of grass root fundraisers that took place over the course of the past couple of years to cover the costs.

“The enthusiasm has been sustained,” he said. “Sometimes with a building project you might lose a little momentum and you might a little enthusiasm but with this one both of those things increased over time.”

“They pulled together and we got it,” she said while walking the reconstructed pier on Monday. “Look at it, it is all of ours.”

Romeo Theken motioned to the dock below where children were jumping and a man with scuba equipment was preparing to take a dive.