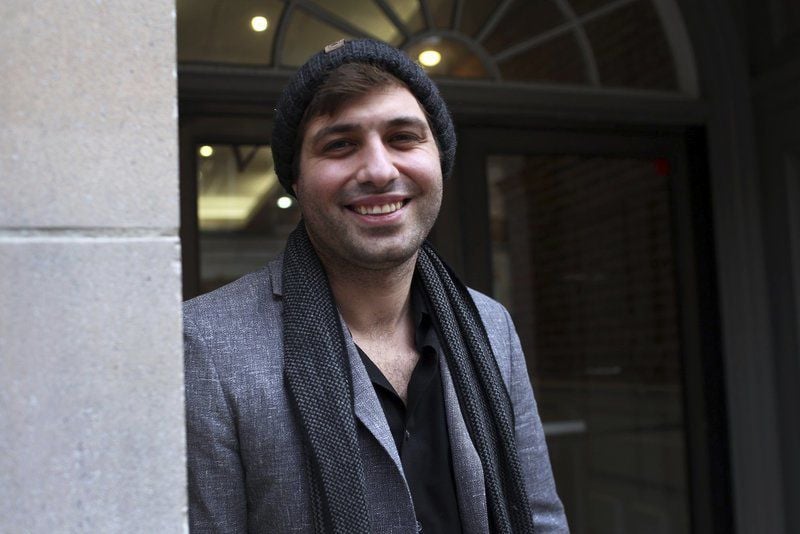 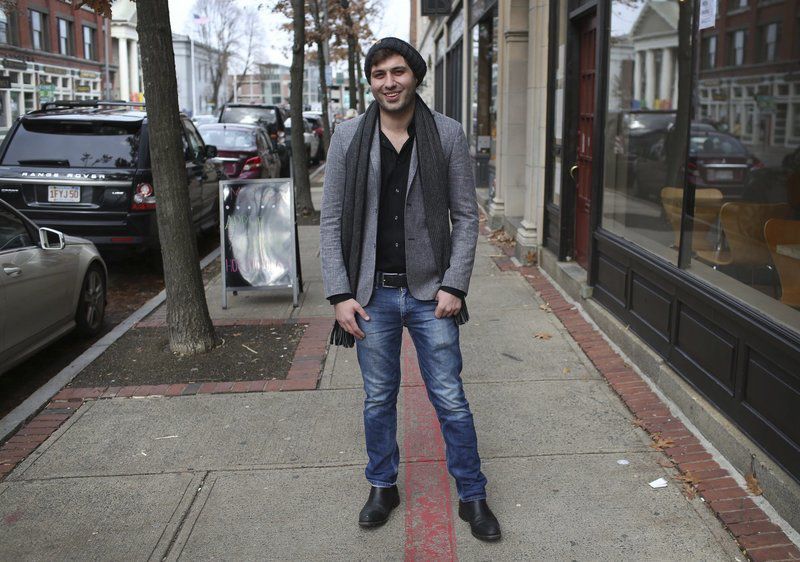 HADLEY GREEN/Staff photosNick Matthews, CEO and co-founder of MainVest, stands outside the start-up’s office on Washington Street in Salem. 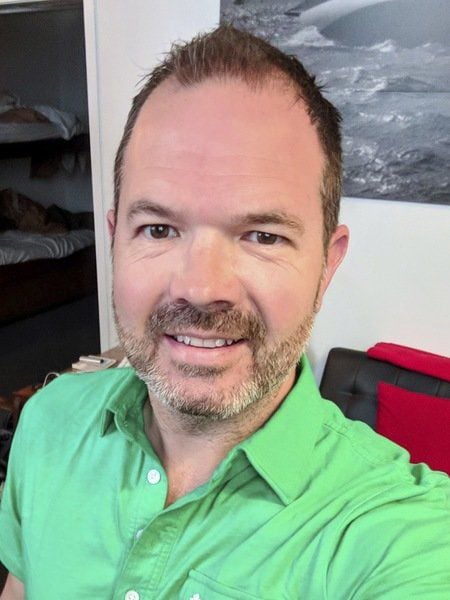 Chef Keenan Langlois wants to open a restaurant at 97 Bridge St. in Salem called Chez Casa, and he has turned to a Salem crowdfunding platform called MainVest to help raise money from the community to do this.Courtesy photo 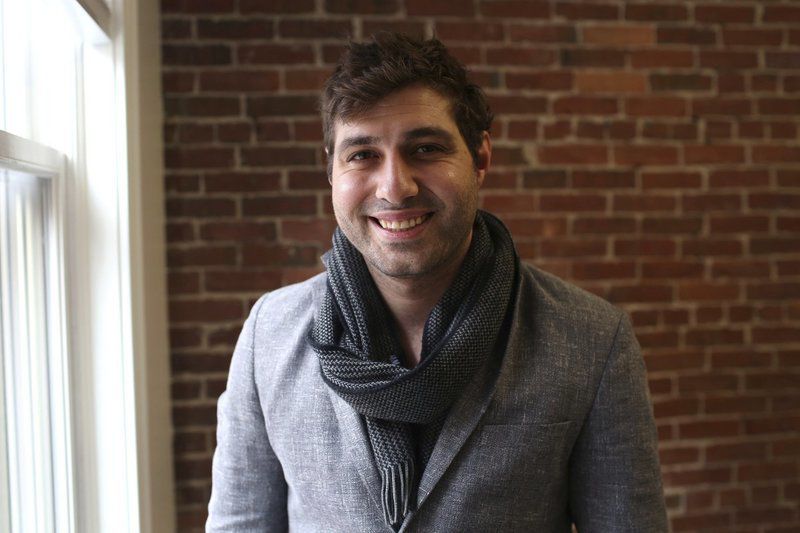 Nick Matthews, CEO and co-founder of MainVest, stands in the start-up’s office on Washington Street in Salem. 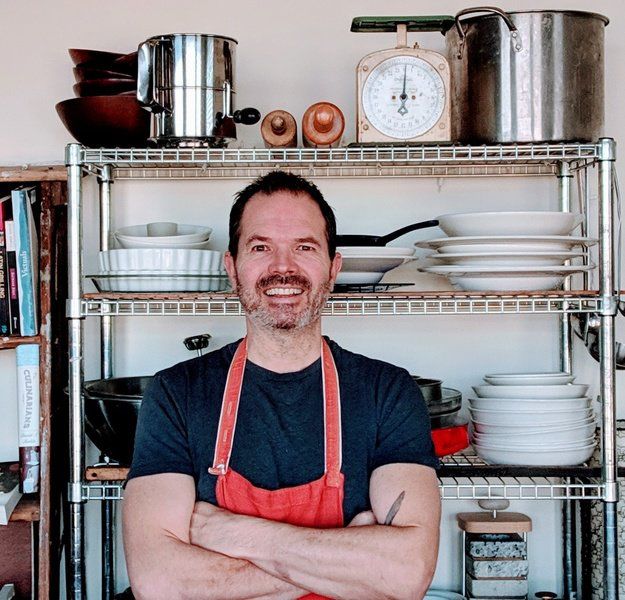 Courtesy photoChef Keenan Langlois has plans to open an upscale, quick-serve deli in the Bridge Street Neck Neighborhood. He has turned to a Salem startup, MainVest, to help him crowdfund this new restaurant.

HADLEY GREEN/Staff photosNick Matthews, CEO and co-founder of MainVest, stands outside the start-up’s office on Washington Street in Salem.

Chef Keenan Langlois wants to open a restaurant at 97 Bridge St. in Salem called Chez Casa, and he has turned to a Salem crowdfunding platform called MainVest to help raise money from the community to do this.Courtesy photo

Nick Matthews, CEO and co-founder of MainVest, stands in the start-up’s office on Washington Street in Salem.

Courtesy photoChef Keenan Langlois has plans to open an upscale, quick-serve deli in the Bridge Street Neck Neighborhood. He has turned to a Salem startup, MainVest, to help him crowdfund this new restaurant.

These are the kind of businesses that do not typically have access to Wall Street or venture capital financing to get them off the ground.

With MainVest, investors don’t need deep pockets to invest in a new cafe in Salem, a noodle bar in Lynn, a mobile yoga experience in Dorchester or a mobile performance space in Newburyport, to name a few of the businesses that have signed on to the platform since it opened this fall.

“It’s a local shark tank and it turns any American into a local investor,” said Nick Mathews, co-founder and CEO of MainVest, which recently opened at 81 Washington St., where it employs six people.

Mathews, a 30-year-old North Shore native, helped found the company with two others after a nearly seven-year run at Uber, where he launched the ride-hailing company’s marketing presence in New England.

MainVest allows people to vote with their wallets for the local businesses they patronize, he said. But unlike many other crowdfunding sites, if the business makes money, these small investors can also share in the wealth.

“I like the concept of people in the community being able to impact a business, especially a small business where they live,” said Salem Mayor Kim Driscoll, who likes that MainVest has chosen her city as the place to set up shop.

MainVest differs from other crowdfunding sites such as Kickstarter where people can donate to help fund startups and creative projects. Investors usually get some type of reward on these sites.

MainVest, as a regulation crowdfunding portal, is a bit different, and it takes advantage of a federal regulations that recently went into effect that allows small businesses to equity crowdfund from so-called non-accredited investors, those who do not have a high net worth.

Through MainVest, small businesses can raise money directly from any number of small investors, and by doing so, connect with the people who may patronize the business in the future.

The investment can be as little as $100. The way it works is a business sets a minimum and maximum goal of cash to raise in a set amount of time, say $20,000 to $30,000 in 60 days. If not enough people participate in the offering, and the minimum is not met, investors get their money back.

If the investment goal is met, the business will issue a revenue sharing note, and pay a percentage of their gross revenues to investors until investors receive their investment back, plus some. MainVest handles these back-end transactions.

There is risk. The business could go out of business, and there is no guarantee investors will get their money back. MainVest also takes a small cut of the initial investment if the offering is successful.

One of the first ventures to locate on MainVest’s platform is a proposal for a restaurant called Chez Casa, whose owner is looking to make a go of it at the former Stacia’s Place restaurant at 97 Bridge St. The business hopes to raise at least $20,000 by Jan. 13.

The eatery is a proposed upscale, casual, quick-serve deli and cafe that will also offer takeout and prepared foods in the Bridge Street Neck neighborhood, where Mathews says there is already a bit of a food desert.

Award-winning chef/owner Keenan Langlois, 44, said he has worked in or helped start 50 restaurants in his lifetime, and he is hoping to bring all he has learned to what would be the first restaurant that he would own.

In 2014, Langlois served as the executive chef at The Sinclair in Cambridge. Three years later, he helped open Publico Street Bistro in South Boston. Locally, Langlois helped the owners of Superfine Food open a location in Marblehead.

Langlois lived in Salem for two years, before he moved to Chelsea to work in Cambridge. He recently helped start Dragon Pizza in Somerville.

“It is now absolutely time for me to do something on my own,” Langlois said.

Opening a restaurant in Salem appealed to Langlois, but he did not want to open in a tourist location.

At one point, Langlois contacted Salem’s principal planner, Matthew Coogan, who told Langlois about MainVest. Langlois said he believed the timing of his venture was fortuitous.

He had thought about other crowdfunding options, but the MainVest approach appealed to him.

People can invest a small amount of money into the restaurant, and they can get their money back and then some. It’s also a streamlined way to raise capital, in that Langlois does not have to negotiate with each individual investor on the terms of their deal.

If the offering is successful, the business would repay 5 percent of its gross revenue to investors until they get back 1.5 times their initial investment.

Chez Casa is also offering perks to early investors. The first four people who invest at least $5,000 into the venture get to name their own sandwich.

MainVest will receive 6 percent of the amount raised if the offering is successful.

Langlois said he has a private investor who will invest half of what he needs, and as soon as he is able to raise the rest, he plans to do the construction to build out the space himself.

Mathews said they do not let just any business onto the platform. While MainVest does not endorse businesses, they do look at a business’s financials and into the background of the owner.

“We want to have strong businesses we want to be successful,” Matthew said.

Mathews said the driver in all this is that when a business has local stakeholders, it should have much higher success rate. Downtown Salem, with its success in attracting independently-owned small businesses, is the kind of local ecosystem he hopes the new platform will foster.

“Salem is a Tier I example,” Mathews said, of what he hopes MainVest can achieve here and elsewhere.

Ethan Forman may be contacted at eforman@gloucestertimes.com.