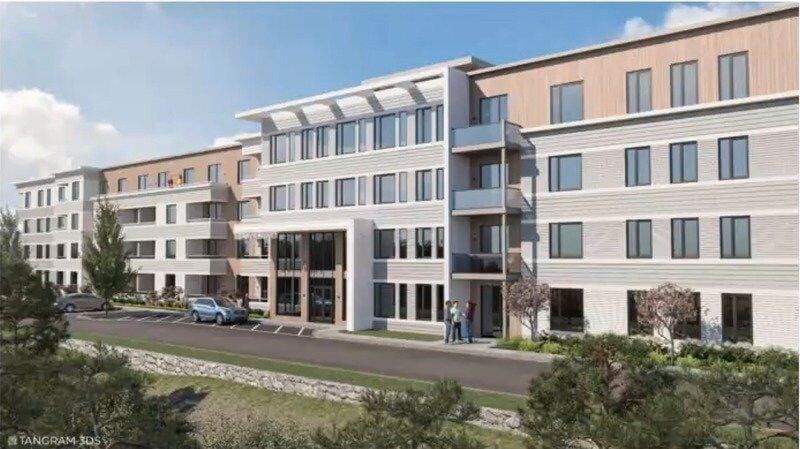 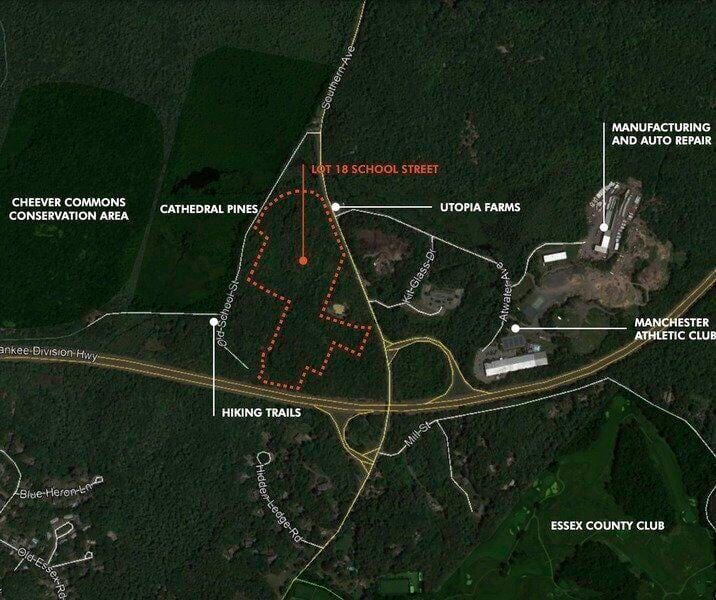 The proposed location of The Sanctuary, a 157-unit housing development in Manchester. A quarter of its units will be affordable housing. Strategic Land Ventures/Courtesy photo

The proposed location of The Sanctuary, a 157-unit housing development in Manchester. A quarter of its units will be affordable housing. Strategic Land Ventures/Courtesy photo

MANCHESTER — The team behind The Sanctuary, an affordable housing development planned off Route 128 at School Street, met with members of the Board of Selectmen and the public for the first time on Zoom on Thursday night to discuss the upcoming project.

Geoffrey Engler, co-founder and managing partner of real estate investment management and development firm Strategic Land Ventures, kicked off the meeting with a brief overview of the project.

"We think there's no other development like this in town — in fact we know that — that would provide a maintenance-free lifestyle at the level and finish that we're proposing here," he said.

Daniel Riggs of Embarc Architects and Design outlined the early architecture plans of the building. Currently, the four-story, 157-unit complex will feature 80 one-bedroom, 61 two-bedroom and 16 three-bedroom apartments, all rentals. A quarter of its units will be priced 30% or less of what 80% of the households in the metropolitan area make per year. The basement-level parking garage will feature 231 spaces — 16 visitors spots will be lined out at the front of the building.

"We took some precedent from traditional seaside architecture," Riggs said of The Sanctuary's facade. "Having a neutral, natural color pallet, using clapboard building materials including trim and trim detailing, strong horizontal data lines ... and we found similar examples of those strategies within the buildings in Manchester-by-the-Sea."

Matt Mrva, director of planning and landscape architecture at Bohler Engineering, explained the group is looking to maintain as much of the existing vegetation as possible. According to Carlton Quinn, senior project manager at Allen & Major Associates, drainage and site grading is being planned around retaining the various trees and foliage in the area.

Shaun Kelly of Vanasse & Associates conducted a traffic study of the area and found "the project is generally expected to have an increase to area traffic." Selectman Jeffrey Bodmer-Turner and several members of the public said they believe another traffic study on the impact of the project on downtown, specifically at the intersection of School and Pleasant streets, may be in order as well.

While The Sanctuary will be built on a parcel bigger than 1 million square feet, the project will only use 19% of the land. Engler said there are no plans to develop anything else on the plot. When asked by attendees if Strategic Land Ventures would be willing to put the remaining land under conservation, he responded "everything's on the table" this early on in the project.

Selectwoman Becky Jaques asked if the new influx of residents would cause a significant impact on parking around town, such as at Singing Beach. Engler said he would look into the matter further, but expects the impact would be "modest."

Some in attendance were concerned about how these new renters would affect the school district. Engler said he does not believe The Sanctuary would draw in many families with small children. Statistically, he explained, such families do not go for one or two-bedroom apartments. Engler expects many of the new renters will be "young professionals" who have been priced out of living in Manchester in the past.

Town Manager Gregg Federspiel said at a recent selectmen's meeting he hopes initial negotiations and planning for the project is wrapped by early next year, March at the latest. From there, Strategic Land Ventures will seek the necessary permits from various town departments. The project is not expected to break ground until 2021.

Another public forum on the project will be held in the coming months.