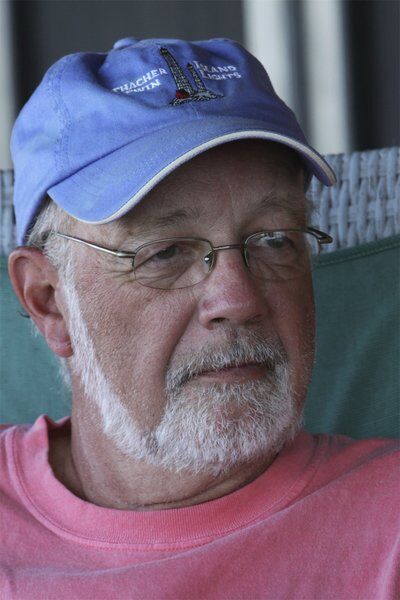 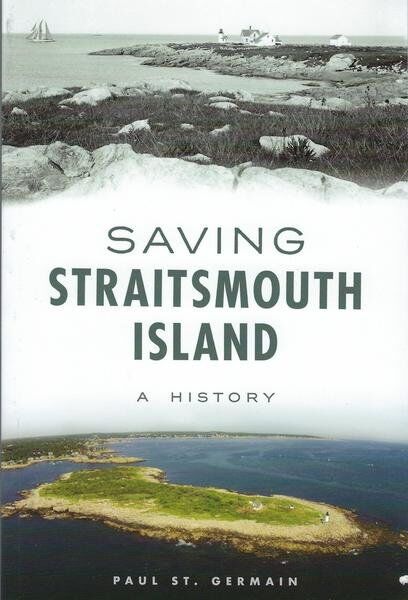 "Saving Straitsmouth Island -- A History," by Paul St. Germain, is full of details and drama about the tiny island of Cape Ann.

"Saving Straitsmouth Island -- A History," by Paul St. Germain, is full of details and drama about the tiny island of Cape Ann.

Now, Rockport's Paul St. Germain, a local historian and president emeritus of the Thacher Island Association, has penned a new book, "Saving Straitsmouth Island -- A History," which explores highlights of the past four centuries, from colonial pirates to indigenous tribes to modern shipwrecks. Many stories are shared by lighthouse keepers who lived there.

This is St. Germain's fifth book about the area's rich local history.

The book begins nearly 1,000 years ago, detailing the time when the local indigenous people grew plants on Cape Ann's shoreline. They often hunted for seals, bird eggs and bird feathers in the area. In fact, even today, residents still find stone artifacts, axes, hoes and arrowheads in the vicinity of Old Garden Beach, which lies a short distance from the island.

"The golden age of piracy around Cape Ann was between 1500 and 1725, with many local fishermen and mariners turning to privateering and many hiding in the area or burying treasure nearby." St. Germain said. "Gold was found by an early settler, Caleb Norwood, in the craggy rock ledges at Gully Point apparently left there by the crew of pirate John Quelch."

Many centuries later, Straitsmouth Island was "discovered" by celebrated explorers such as Samuel de Champlain and Captain John Smith in the 17th century.

"While researching my book, I turned up several surprising facts and incidents," St. Germain said. "For instance, from 1699 until 1835, there were only four private owners of the island, none of whom ever lived there. The first owner was given the island in 1699 for his service in the French and Indian Wars," he said. "During the 100 years between 1835 and 1935, 15 keepers and their families lived there, serving between two years and 20 years. Each with their own story, some harrowing, some sad and some heroic."

The author chose to write about eight keepers who he found to have the most interesting and fascinating tales to share.

"One keeper almost burned down a building while trying to keep his chickens warm, and another was recognized as the man who had initiated the granite quarry business nearby around 1840," he said.

The island was opened to the public for the first time in more than 184 years in 2019 thanks to the efforts of the Thacher Island Association and Mass Audubon Society. The groups worked from 2010 to 2020 to complete its restoration efforts, which include walking trails.

St. Germain said Gloucester's nearby Salt Island once had its own castle, which was used in a 1919 pirate adventure film.

As a reminder to all of the treacherous coastline, St. Germain said that more than 450 shipwrecks occurred around Cape Ann between 1635 and 2011; of those, 54 were adjacent to Straitsmouth Island, 68 around Thacher Island and another 32 around nearby Milk Island.

Details about a dozen of these shipwrecks that occurred within the vicinity of Straitsmouth are included in the new publication among many other facts and tales.

This is the first complete history of Straitsmouth Island, and chronicles the extensive rehabilitation, St. Germain said.  Proceeds of the sale of the book go toward the island’s continued maintenance.