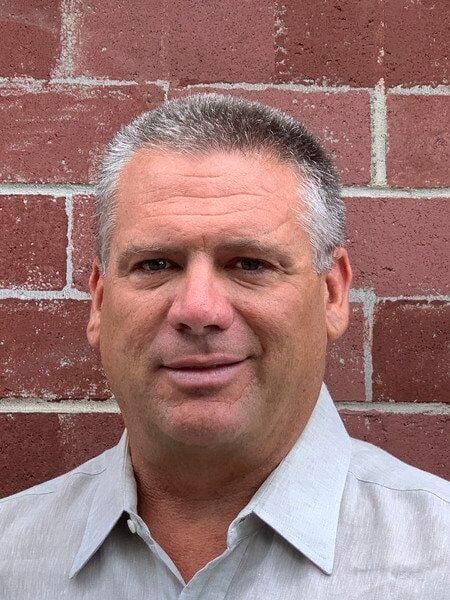 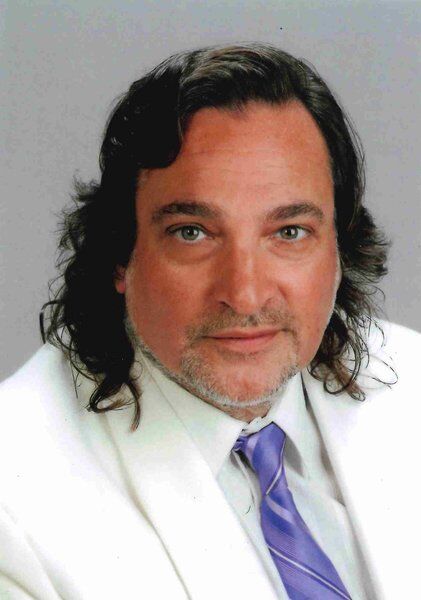 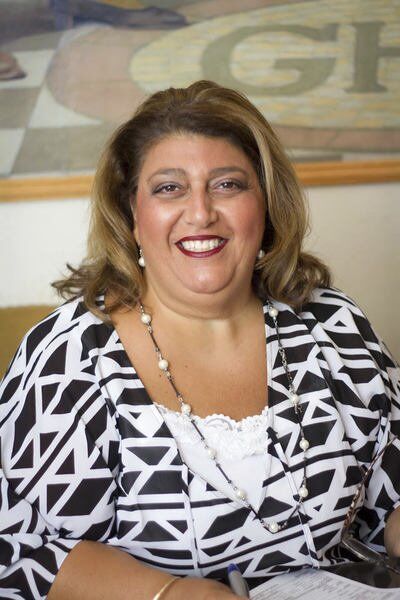 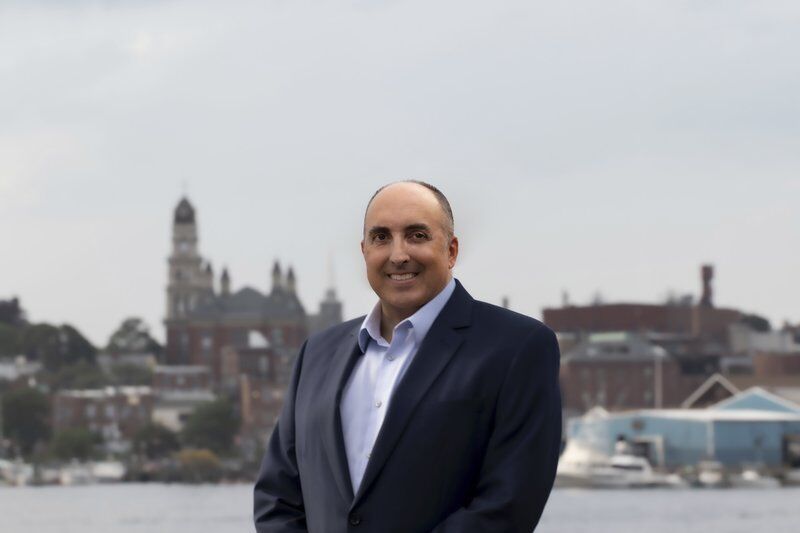 Unlike the past few election seasons, this year's race for Gloucester mayor is jam-packed with candidates who are ready for their chance to run the city they love.

Sclafani is making his eighth run for Gloucester's top office.

As a regular challenger known for being clad in a white three-piece suit, Sclafani’s past talking points put down the Police Department’s angel program for being a "socially corrupt human trafficking operation" and called for the implementation of a fish farm and “his and her bidets” on the waterfront I-4, C-2 site off Rogers Street.

Scalfani said his 2021 campaign platform is mounted on the mission of:

Lastly, if elected, Sclafani said he will go to Washington and address Congress to ask that the nation’s blood supply be screened for transmissible diseases.

Russell is on the ballot for mayor to restore downtown, he says, and polish the city’s crown jewels such as Main Street, Stacy Boulevard, Gloucester Harbor, and Good Harbor Beach by making “smart tourism” the new mantra of the island.

If elected, Russell said he will focus on:

“By voting for me you will get transparency and a belief that good ideas can come from outside City Hall,” he said. “We need to shine for our 400th birthday and reintroduce ourselves as a city that has moved forward but remains in love with our heritage and charm.”

Romeo Theken is seeking a fourth elected term as mayor.

She was appointed mayor in January 2015 by her City Council colleagues after then-Mayor Carolyn Kirk left for a state post, then won election at the polls later that year and in 2017. Romeo Theken then ran unopposed in 2019.

Throughout Romeo Theken’s professional career, she has been an advocate in the struggle for health care access for individuals and companies.

From 1997 to her election as mayor in 2015, she had been the community health and human services liaison at Addison Gilbert Hospital.

As a lifelong resident of Gloucester, Romeo Theken is a strong advocate for the fishermen and shore-side businesses who she says "continue to struggle as a result of unprecedented cuts in allowable catches and the over-regulation of the fishing industry."

She advocates for small businesses, having owned a fishing vessel, operated her own catering business, as well as a health care consulting business.

Prior to holding the office of mayor, Romeo Theken had served as a city councilor at-large and vice president of the City Council.

Romeo Theken is a state licensed community health worker, state certified SHINE (Serving the Health Insurance Needs to Everyone) counselor and a certified Medicaid and addiction counselor. She has been awarded the North Shore Health Project Community Health Activist Award (2014); the Red Cross Community Hero Award (2011); the Outstanding Outreach Educator Award from the Community Health Education Center and the state Department of Public Health;  the People Against the Tide Community Leadership Award from Health Care for All Massachusetts; the Women Honoring Women Award from Wellspring; the Action Inc. Lyndon B Johnston War on Poverty Award; SeniorCare's Rosemary F Kerry Award; North of Boston Anne Turcotte Leadership Award, and has received awards from Figlia di Trappeto and the Italian Consulate.

After pulling papers to run for councilor at-large earlier this summer, Verga decided to shift gears and try for the corner office.

“I am running for mayor because I truly want to make Gloucester a better place to live, to work and to visit, but to do that we desperately need to hit the reset button,” Verga said. “We need to stop thinking ‘inside the box.’ Our vision needs to extend beyond arm’s reach. We need to look ahead for the next 10 years, 20 years, 30 years. I am OK if what we start now happens long after I leave the mayor’s office. I am OK if I don’t cut the ribbon. I am OK if my name is not on the plaque. I just want to do everything I can to ensure that our city’s tomorrow is better than it is today.”

Verga said he would prioritize more transparency in government decision-making and spending; carefully manage the potential consolidation of elementary schools; analyze traffic issues and develop creative, realistic solutions; provide safe, modern facilities for Gloucester's police and fire departments; and ensure that all new hires are qualified for their positions by experience and education.

This is not Verga's first go-round in city politics; he served four terms on the School Committee, starting in 2001, including time as vice chair and chairman. In 2009, he was elected to the City Council and served two terms representing Ward 5 and then at-large from 2013 to 2015.

He has run for mayor once before; in 2015 he lost in a crowded preliminary election, which saw Paul McGeary advance to the general election against then-interim Mayor Sefatia Romeo Theken.

Verga was raised on Portuguese Hill and graduated from Gloucester High School in 1986. He spent a decade attending evening and weekend classes while working full-time, eventually earning a bachelor's degree in communication from Salem State College in 1999.

For several years, Verga worked in manufacturing and tech industries before becoming a licensed real estate agent in 2005.

He married to his high school sweetheart Kellie (Martin) shortly after finishing high school and the two became homeowners in West Gloucester in 1993 where they raised their three, now adult, children. They have two grandchildren.

Harvey is a lifelong resident of Gloucester who says he has an understanding of what lies above and below the deep blue sea.

After working for the family business, J.M. Harvey Glass, as a teenager, then 21-year-old Harvey went off to work on fishing boats for the next 12 years. During that time, Harvey worked on herring, lobster, and clam boats and dove for sea urchins.

In 2001, he was hired by Burnham Associates of Salem where he started what would become a 20-year career in marine construction — primarily dredging. His most recent employment has been with Patriot Marine where he was a project manager of the maintenance dredging of the Annisquam River.

If elected as mayor, Harvey said he will prioritize:

"I will be this mayor," Harvey said.

Harvey and his wife Rhonda have a 15-year-old son who attends Gloucester High School.

After 14 years as a mortgage loan officer and 16 years in real estate, Pollard is looking to switch gears and try for Gloucester's mayor.

If elected mayor, Pollard said he will:

Pollard is passionate about helping the community of Gloucester as he has worked closely with the Gloucester Housing Authority to provide adequate and affordable housing to residents and worked with Action, Inc. to help with homelessness prevention — a place where he was awarded the Community Partnership Award "in recognition for his support of Action Inc.'s mission of creating opportunities that promote a thriving Cape Ann for all."

He also enjoys dining at local restaurants, fishing off the Back Shore for striped bass, and boating.

"I promise that I will work just as hard as I have in my prior 19 years in the private sector to make every person in this community proud to be part of a great city," he said. "Success would be proud to say that we are not only the oldest seaport, but the best!"

Staff writer Taylor Ann Bradford may be contacted at 978-675-2705, tbradford@gloucestertimes.com or on Twitter at TayBradford97.