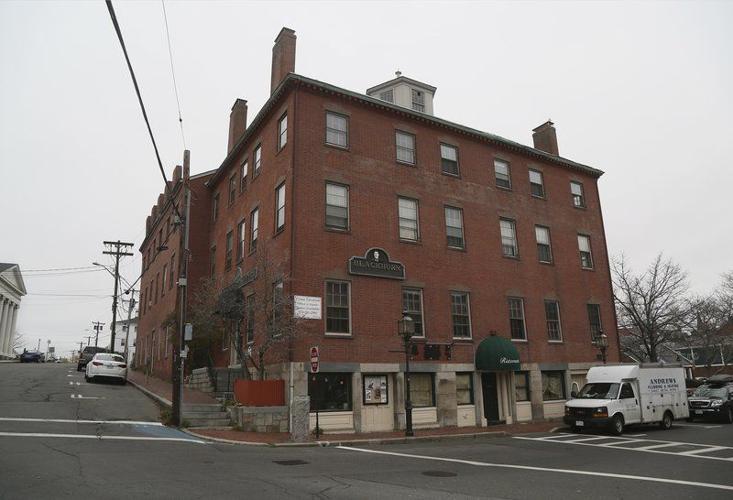 MIKE SPRINGER/Staff photoThe former Blackburn Tavern building at 2 Main Street in Gloucester, where a chef from Boston’s North End plans to open a new restaurant in the space previously occupied by Giuseppe’s Ristorante, which closed more than a year ago. 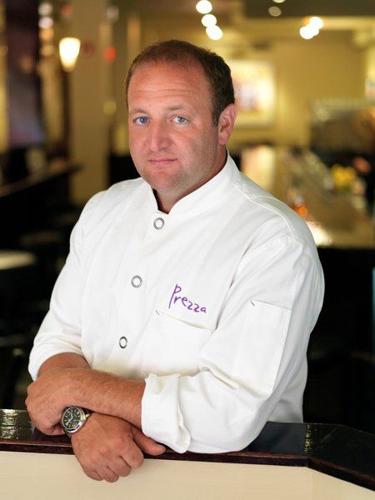 MIKE SPRINGER/Staff photoThe former Blackburn Tavern building at 2 Main Street in Gloucester, where a chef from Boston’s North End plans to open a new restaurant in the space previously occupied by Giuseppe’s Ristorante, which closed more than a year ago.

Now, he’s bringing a new restaurant to one of Main Street’s cornerstone properties, and it will be christened Tonno, the Italian word for “tuna,” as well.

Caturano plans to open his new Gloucester restaurant in the spring, featuring “coastal Italian seafood classics” and a raw bar in the historic Blackburn Tavern building at Main and Washington streets, according to his announcement sent through Boston-based Regan Communications.

The 4,000-square-foot restaurant will take over the space that most recently housed Giuseppe’s Ristorante, which abruptly shut down under owners Joe and Memory Gnerre in October 2014.

Tonno’s opening is planned for May after a winter of renovations. While its windows remained mostly covered by brown paper Thursday, a view through one window showed that the lights were on Thursday, and Caturano confirmed in a phone interview that a crew was already at work cleaning out portions of the interior.

Caturano said he projects the winter renovations to cost in the range of $650,000, with plans for a new floor, new kitchen, new decor, a relocation of the bar and other changes. He emphasized that the restaurant will be open year-round, and said he had agreed to a “long-term lease” for the site, though he did not elaborate. The building is owned by Blackburn LLC, a real estate management group headed by Carlo Barbaro.

“It’s a great city, and a place with a lot of things happening,” Caturano said of Gloucester, citing, among other things, the construction of the new and nearby Beauport Hotel Gloucester, also slated to open next year.

A fisherman and regular visitor over the years — his father bought a house here in the 1980s — Caturano said he appreciates Gloucester’s fishing and ethnic heritage, and noted that “there are already some great restaurants.”

“It will be great to be part of that,” he said.

With Tonno, Caturano, who has owned and operated Prezza on Fleet Street in Boston’s North End for 15 years, will be moving into one of three core spaces vacant within the half-dozen blocks that comprise Main Street’s North End.

The shutdown of Giuseppe’s late last year was followed within six weeks by a similar, sudden closure of La Trattoria at 64 Main last November, while this past summer brought the sale and closure of Palazola’s Sporting Goods, which had long served as a West End anchor at 85 Main St.

Tom Lance, who also owns the building at 161 Main St. that houses the Fabola home furnishings store and the building at 44 Main St. that includes The Cave food shop, closed on a deal to acquire the former Palazola’s. He has not yet outlined his plans for it, though he’s said he hopes to have commercial space there up and running by the next tourism season.

Jane Fonzo, who owns the building that had been home to La Trattoria, said Thursday she has received “offers” from potential tenants, but that none “had been right” for the site. She added, however, that she remains optimistic her property may have a new tenant by the tourism season as well, and she hailed Caturano’s Tonno as an ideal fit for the corner property.

“I think it will be great to have that location open again,” said Fonzo. “I’ve often thought that could be a real little restaurant row,” she added. Caturano’s new Tonno would be located just a few blocks from the current Short & Main, the La Trattoria site and, on a smaller scale, Cafe Sicilia.

The Blackburn building is also home to GAP Promotions, which moved its offices there from Eastern Avenue in 2012. Gayle Piraino, GAP’s founder and president, was among those who hailed the news of Caturano’s and Tonno’s pending arrival Thursday.

“I just think it’s going to be amazing for the city — I’m so happy,” she said.

She said she believes the reopening of 2 Main St. will have a positive aspect on Gloucester’s big picture, also citing the scheduled July opening of the new hotel just a few stone throws away.

“To have a restaurant such as this, and then to have a world-class hotel almost across the street from us, all of that should truly enrich the city,” she said. “I’m very excited.”

“I think it’s a fantastic addition to Main Street,” Riehl said. “We’ve had a few key vacancies on Main Street, and this had been one of them. This (site) is like an anchor to Main Street. We’re very excited.”

Tonno will be going into a building that is listed in the National Register of Historic Places — though not for the reason some residents and visitors may think.

While it has long been known as former home to the Blackburn Tavern, it was not the tavern launched by legendary Gloucester fisherman and seaman Howard Blackburn. His tavern was located at 289 Main St., the home today of another restaurant, Halibut Point.

The Blackburn Tavern became as Elliot’s at the Blackburn prior to Giuseppe’s opening in 2010.

The Blackburn building at Main and Washington dates to 1810 as home to merchant and teacher James Tappan, according to a sign on the site posted by the Gloucester Historical Commission. Tappan operated a hotel there, as did later owners, including the Puritan House, another name the building is known by.

Staff Writer Ray Lamont can be reached at 978-675-2705 or rlamont@gloucestertimes.com.