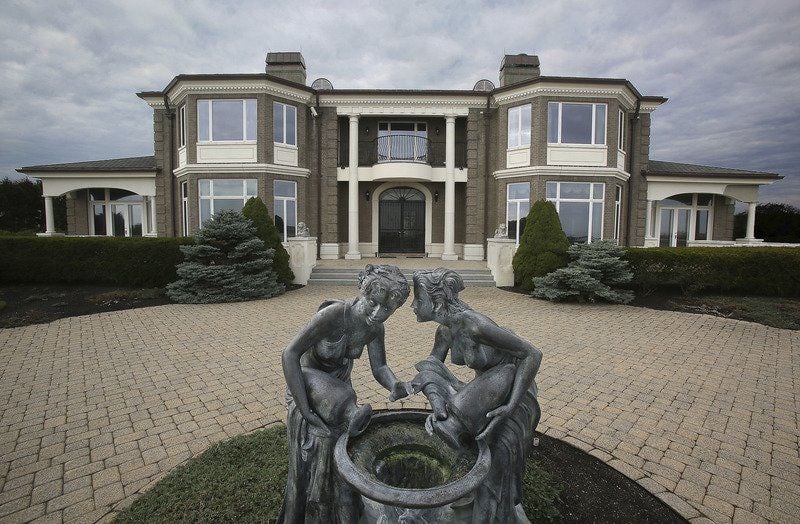 MIKE SPRINGER/Staff photoThe house at 129 Atlantic Road, on Gloucester's Back Shore and which is known as Terra Firma, was recently sold for $3.8 million. 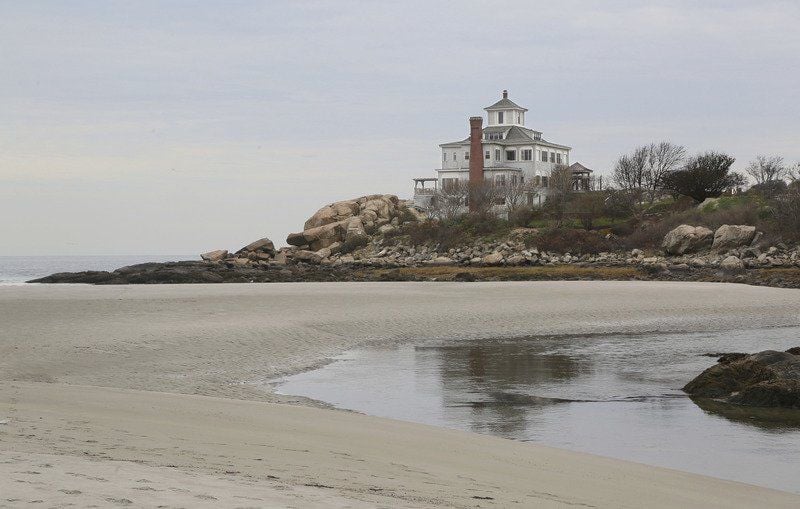 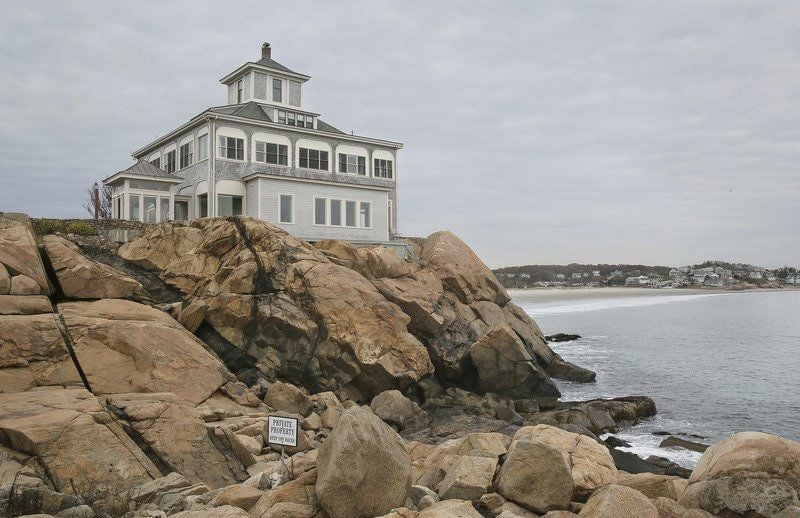 MIKE SPRINGER/Staff photoThe house at 129 Atlantic Road, on Gloucester's Back Shore and which is known as Terra Firma, was recently sold for $3.8 million.

A Back Shore home rumored over the years to be built for or bought by the likes of Barbra Streisand and Mark Wahlberg has finally been sold after more than two years on the market. It was acquired for $3.8 million by a man caught in a legal tangle trying to build another house near Wingaersheek Beach.

Lawrence Costa, a New Hampshire resident but Gloucester native whose elevated home plans for 105 Wingaersheek Road are facing a legal challenge from neighbors over a City Council-approved height waiver, has bought the 129 Atlantic Road residence named Terra Firma, built in 1999 by Jane Fonzo (now of Lynnfield) and her late husband Michael.

Fonzo had put the house on the market in 2015, three years after her husband's death, but said Thursday she had not found "the right buyer" until Costa, who closed on the deal last Friday through his 125 Wingaersheek LLC.

The transaction is the second high-priced Back Shore home sale within two months. Donald and Kristen Hunt of Mussel Point Road, acting through a revocable trust, acquired the home and land at 24 Bass Rocks Road for $4.4 million from Riverrun Trust (managed by Matthew A. White) in a deal that closed Aug. 30, according to records in the Registry of Deeds. There was no answer Wednesday at a number listed for the Hunts under their Mussel Point residence.

The deal for Terra Firma marks the end of an era, Fonzo said, for a house that was rumored to be for Streisand when the Fonzos built it and lived there in 2000, then touted as having caught the eye of Wahlberg in 2016 — a rumor Fonzo emphatically denied.

"(The sale) was difficult for me because my husband and I had built the house — there are lots of memories in there," she said Wednesday.

Fonzo — who also sold her downtown Gloucester properties at 55-71 Main St. and at 54 Main, now home to the Italiano restaurant, last year — said that, in addition to living there, she and her husband used the Terra Firma house for entertaining and hosting benefits for such causes as Addison Gilbert Hospital, Care Dimensions, Cape Ann Animal Aid and others.

"I met so many wonderful people through that house," she said, "people who not only became friends, but like extended family."

Costa said Wednesday he and his wife also plan to use the two-story home for entertaining. The residence includes 8,441 square feet of living space, and sits on 1.09 acres, including a distinctive cobblestone driveway and outdoor fountain.

He added, however, that he sees Terra Firma as an "interim" summer home while he continues to pursue and build his future family home on pillars mandated by Federal Emergency Management Agency flood maps at 105 Wingaersheek Road.

"It's a beautiful house, beautiful for entertaining," he said of the Back Shore property, adding that he and his wife plan to host family members and others at their new Back Shore house next summer.

Referring to their plans for their future and still proposed Wingaersheek home, he said he envisions that as anywhere from a two- to five-year project.

"At this point, we anticipate up to two years of litigation, then another two years of construction," said Costa, who owns and operates a real estate investment company in New Hampshire called Mill Pond View Inc., and owns a house at 125 Wingaersheek Road as well.

The Gloucester City Council last spring approved a waiver to the city's height limits, allowing the 105 Wingaersheek Road house to be built as planned, but two neighbors are challenging the action in court, saying the council failed to consider the project's impact in the neighborhood as noted in the city's zoning ordinance. An October hearing on the challenge in Salem Superior Court was postponed and is now set for Nov. 14.

In the meantime, Costa said, he and his family will divide their time among living in their current home in Nottingham, New Hampshire, staying some summer weekends at their current Wingaersheek address, and living for the summer at their new Back Shore home.

The pair of Back Shore deals in such a short span of time is nothing short of "amazing," said Syndi Zaiger, founder and CEO of Nest Real Estate LLC in Manchester, which marketed the Atlantic Road property for Fonzo.

"To me, it's the Back Shore," she said. "People said, 'Well, you're not right on the ocean and you're not going to be able to (sell). But we marketed this property overseas, we marketed it on the China MLS site (of real estate listings), we went through a lot to bring attention to that area. You do have the buffer of the roadway, but it's such a unique place."

Fonzo agreed, noting she still visits and receives friends from Gloucester and may someday return — "maybe in a condo," she said.

"I love it here," she said in a phone interview from her Lynnfield home, "but I very much love Gloucester. To me, Gloucester is such a diamond in the rough. I'm sure that new owners will love (the house) and enjoy it."

Told that some might feel a $3.8 million deal for an interim home might seem pricey, Costa responded with the most traditional of answers.

Staff writer Ray Lamont can be reached at 978-675-2705, or via email at rlamont@gloucestertimes.com.