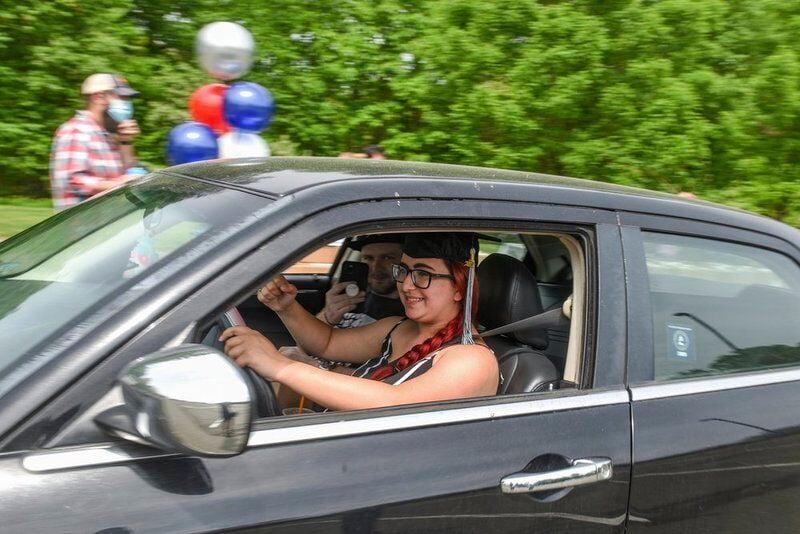 A student graduate drives off after receiving a gift box during a car parade celebration for 2021 graduates at the North Shore Community College campus in Danvers. JAIME CAMPOS/Staff photo 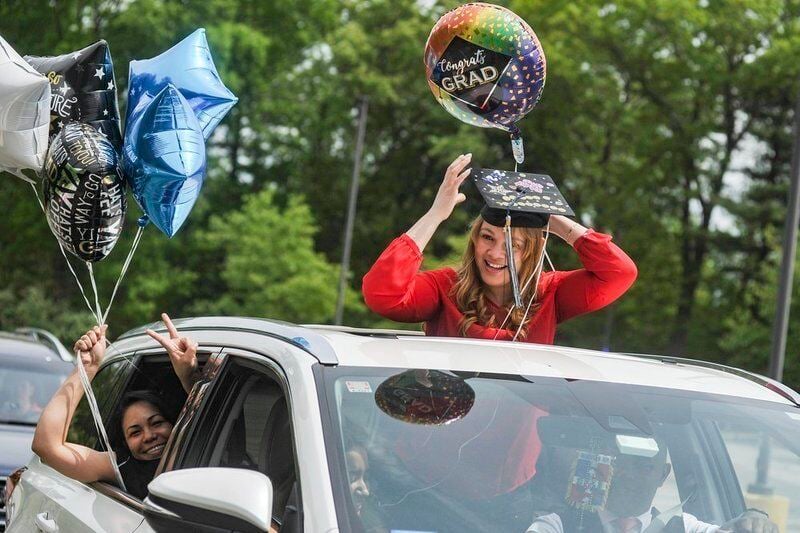 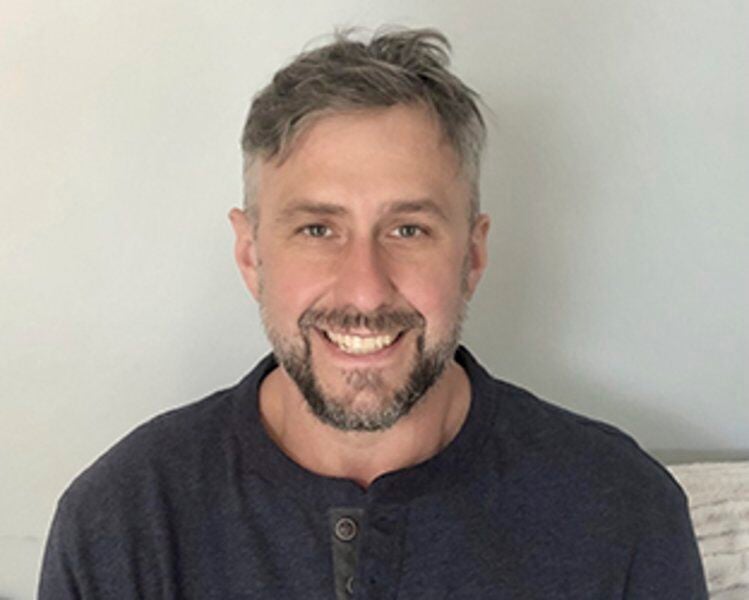 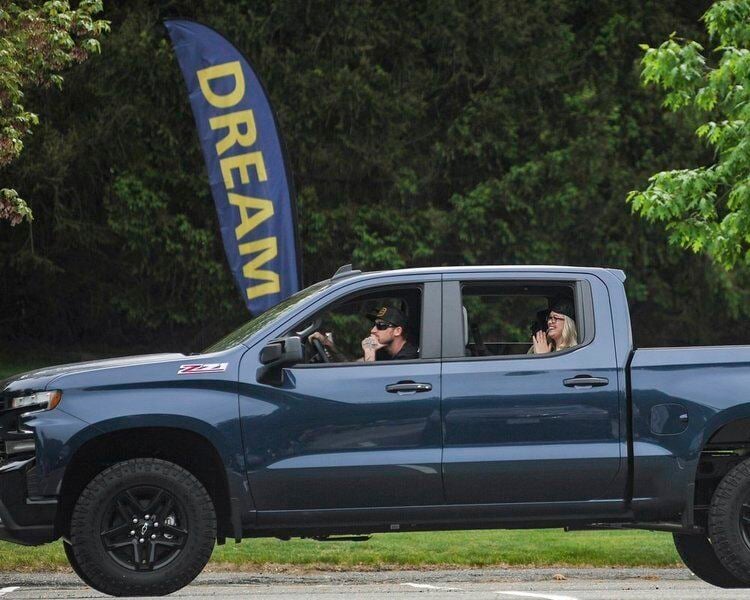 A student graduate waves from a vehicle during a car parade celebration for 2021 graduates at the North Shore Community College campus in Danvers. JAIME CAMPOS/Staff photo

A student graduate drives off after receiving a gift box during a car parade celebration for 2021 graduates at the North Shore Community College campus in Danvers. JAIME CAMPOS/Staff photo

A student graduate waves from a vehicle during a car parade celebration for 2021 graduates at the North Shore Community College campus in Danvers. JAIME CAMPOS/Staff photo

DANVERS—  A Danvers native, Derek Brennan has gone through many changes in his life.

“Without question we are in the middle of change,” Brennan, an Iraq War veteran, said to his fellow North Shore Community College graduates on Saturday. “College is one of the rare times when we get to reinvent ourselves. Like a caterpillar before it turns into a beautiful butterfly, change is not always pretty. There's a lot of uncertainty, a lot of unknowing and a lot of ugly before the true beauty is revealed.”

Brennan was the student commencement speaker at this year’s virtual graduation ceremony, and his speech which touched on subjects including perseverance, hope and love was followed by an address by keynote speaker Gov. Charlie Baker.

Brennan, who was introduced by the college’s interim president Nate Bryant, enlisted in the U.S. Army in 1999, according to the NSCC website.

Brennan said following his time in the military, he struggled with substance abuse and Post-Traumatic Stress Disorder related to his combat experience.

“The war within myself is far from over,” he told the graduating class.

Brennan said when he first started at NSCC, he had been away from a classroom environment for more than 20 years and was “riddled with fear."

“The fear of the unknown was consuming me,” he said. “I didn't know what to expect. I didn't know how others would react to me, and I certainly didn't know what I was getting into on an academic level. I went from leading convoys and missions in Baghdad, Iraq to not knowing where the admissions building is or how to go about applying for financial aid.”

After his first semester, Brennan said he found comfort and support at the campus veterans’ center and he began building relationships with his professors and mentors. He received an associate’s degree in business in 2019 and began studying in horticulture.

“I was on a roll until March 2020 when fear and uncertainty struck again,” he said, explaining that he found the transition from in-person to remote learning extremely difficult, as did many others.

In addition to the struggles related to online learning, Brennan said he was also dealing with the hardships related to being the parent of young children during a pandemic, political unrest and national protests.

He said he made it through this difficult time and was able to complete his degree because of the perseverance, hope and love which was showcased by frontline workers, friends and family over the course of the pandemic.

“It genuinely warms my heart to see what we are capable of doing when we are forced to handle these trying times,” he said.

According to the school’s website, Brennan plans to continue his education at the University of Massachusetts Amherst where he will study sustainable food and farming. From there, Brennan hopes to have a veteran-owned and operated sustainable farm where veterans, addicts and people struggling with mental health can rehabilitate while working on the farm.

“A butterfly only lives a short while,” Brennan told the Class of 2021, “but before it dies, it lays the eggs of what will become the next generation of caterpillars.”

In Baker’s address, he gave the graduates three main pieces of advice: make good choices, don’t be afraid to try new things and put down your phone.

“Hard things worth doing often come with setbacks and moments of doubt,” Baker said and referenced his first unsuccessful gubernatorial run. “That is okay; they also come with growth and understanding.”

He told the graduates they should not be afraid to aim too high, and they will be more likely to achieve their goals if they manage to put their phone down once in a while.

“Most of what comes flying over social media is noise. It's not the real world,” he said. “The real world is here and now. It's your parents, your family, your friends, your teachers, your coworkers. The ones who find a way to be physically, emotionally and personally present with you whenever they are with you.”

Regardless of what comes next, Baker said the Class of 2021 should be immensely proud.

“We're proud of you. Your path was not a cake walk,” he said. “It was a once in a lifetime cascade of disappointments, missed opportunities and busted traditions. Despite it all, you were expected to perform and you did. Good for you.”