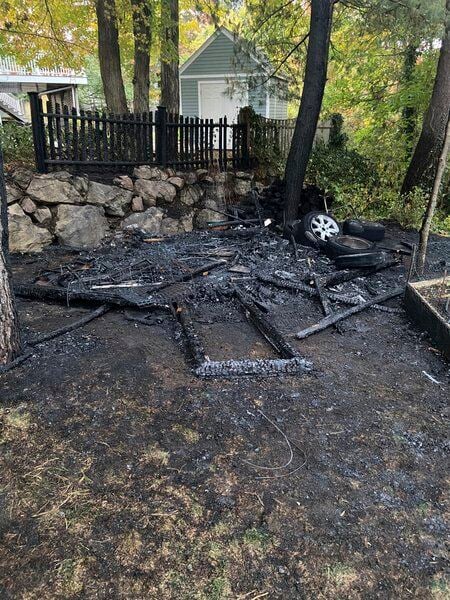 Photo courtesy of Victor GangiWhat remains of the shed after a fire early Monday morning. 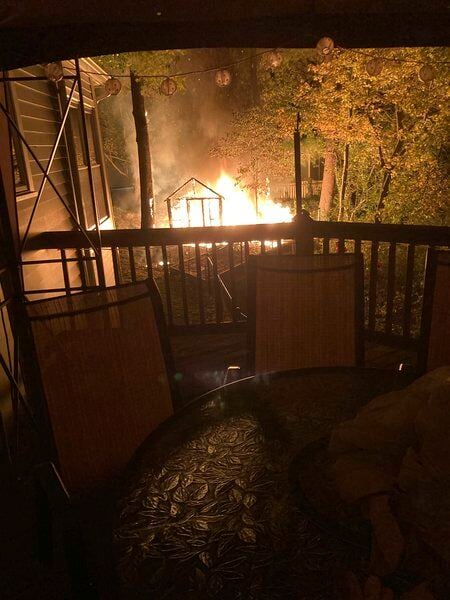 Photo courtesy of Victor GangiWhat remains of the shed after a fire early Monday morning.

BEVERLY — Victor Gangi woke early Monday morning to the sound of his neighbor pounding on his front door.

Gangi's shed was on fire, and the neighbor had already called the fire department.

"It was just completely engulfed," Gangi said. "I could feel the heat when I walked outside."

Fire officials now believe the fire, and some smaller ones in Beverly's Centerville neighborhood, were intentionally set. They are asking for residents' help in the investigation and are offering up to a $5,000 reward for details that help to solve the case.

Fire crews responded to the shed fire on Middlebury Lane around 4:45 a.m. Monday. Gangi said firefighters had to refill their truck with water from the closest hydrant as they fought the flames — the shed was in the backyard, roughly 30 feet from the house.

The shed burned to the ground. Two nearby pine trees also caught fire, Gangi said, along with his neighbor's fence. No one was hurt, he said.

Gangi had stored a leaf blower and some other gardening supplies in the shed. His children, he said, had been using it as a playhouse, setting up a small table, some chairs, and a chalkboard inside.

But mostly, the shed housed Gangi's beekeeping equipment. And what can't be replaced are the 60 whole honeycomb frames that were also inside. Gangi has been practicing beekeeping as a hobby for about four years, making honey to give to friends and as gifts. Honey bees build the honeycomb, the waxy network of hexagon-shaped cells, to store larvae, honey and pollen. Losing the frames, he said, means his bees will have to rebuild from scratch next year.

No bees were inside, he said.

Gangi said he had an idea that investigators thought the shed was set on fire when they brought an arson dog to the scene and took samples.

"The Beverly inspectors and state inspectors were great," Gangi said. The Beverly police and fire departments, along with the State Fire Marshal's office, are jointly investigating the arson fires.

Cheryl Richardson can be reached at 978-338-2530 and at crichardson@gloucestertimes.com.