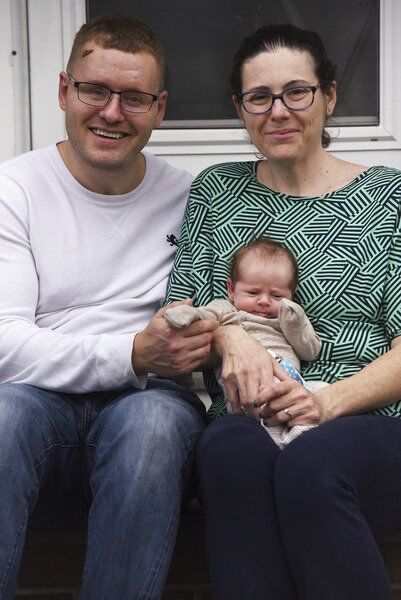 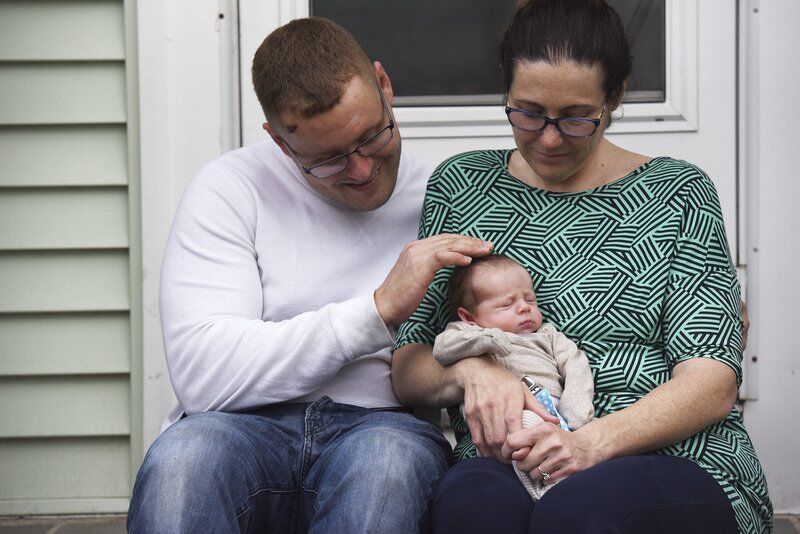 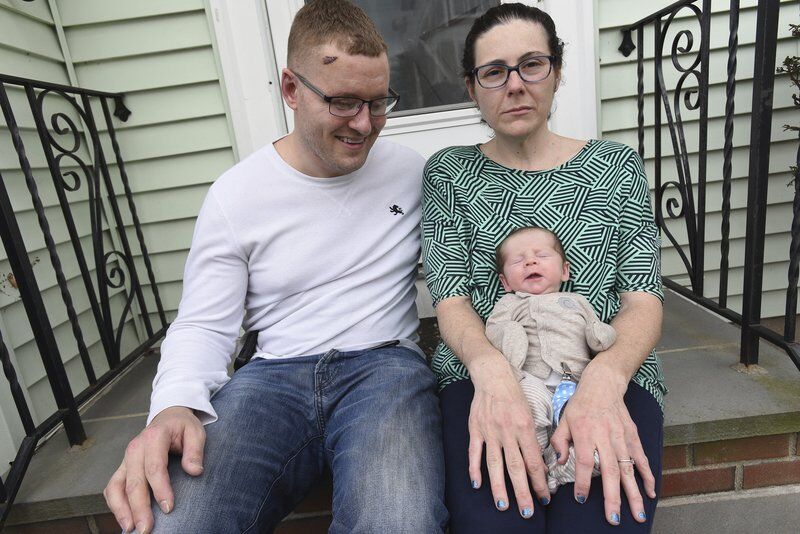 PEABODY — When Donald "Donnie" Campbell called 911 on March 8, he told the operator he believed his fiancée was suffering from a kidney stone. When first responders arrived, though, they were in for a surprise.

“They came up to the house and asked, ‘Where is the person with a kidney stone?’” Campbell, 37, recalled, “And I said, ‘It's not a kidney stone, it's a newborn baby!”

Campbell’s fiancée, Melissa Surgecoff, 38, had no idea she was pregnant until after giving birth to a healthy baby boy in the couple’s bathroom on March 8. Three weeks later, Surgecoff and Campbell said they are still in shock, but excited to share their lives with baby Liam Aiden Campbell.

According to Surgecoff, she thought she was experiencing severe menstrual cramps the morning she gave birth.

“Around 11:30 in the morning I sat down on the recliner in the living room, still in my pajamas, and the contractions were coming fast and furious,” she said, adding that, at the time, she didn’t know what she was feeling were contractions. “They were getting really painful.”

When the pain became too great, Surgecoff instead thought she had a kidney stone.

“The contractions were bad, and I was screaming,” she said.

Campbell called 911 to ask how he should help his fiancée, he said. When Surgecoff gave birth, Campbell said, he rushed to help her and left the operator hanging.

Campbell said he was shocked when he realized what had happened, but not panicked. When he realized the baby wasn't breathing, he got to work clearing his airways.

“Then I saw his stomach inflated, so that was a huge relief,” he said. “Then I came to the realization that, shoot, I have a baby!”

Campbell said he cradled his newborn in his arms until paramedics arrived to take Surgecoff and newborn Liam to Salem Hospital. Liam, they said, weighed 6.6 pounds and measured 20.75 inches.

Looking back, Surgecoff said, there were some signs that she might be pregnant, but nothing set off alarm bells in her head.

"The flutters in my stomach — he was kicking, but I thought it was gas," she said, adding that she never had a regular cycle. While she gained weight, she said it wasn't an unusual amount.

Since giving birth, Surgecoff said the amount of support from friends and family has been overwhelming.

“Every day is a baby shower,” she said, explaining that her mother as well as Campbell’s parents and sister have been extremely helpful. “Most women have nine months to plan. I am a planner, organizer, strategizer to the 't,' so when you don't have that, I mean I didn't have a diaper to my name. I mean who would if you don't think about it?”

The shock has worn off, Surgecoff said, and she is excited to see Liam smile for the first time and take his first steps.

"This story will be told at every Thanksgiving, Christmas, barbecues," she said.

Staff writer Erin Nolan can be reached at 978-338-2534, enolan@gloucestertimes.com or on Twitter at @erin_nolan_.