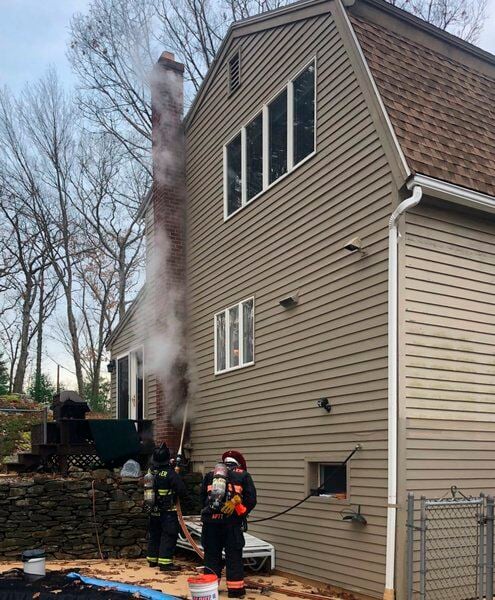 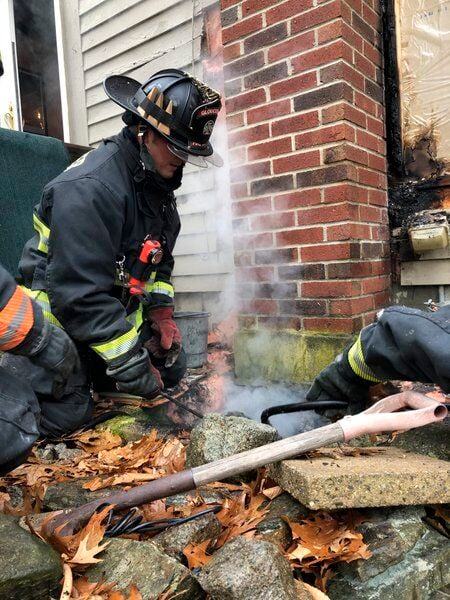 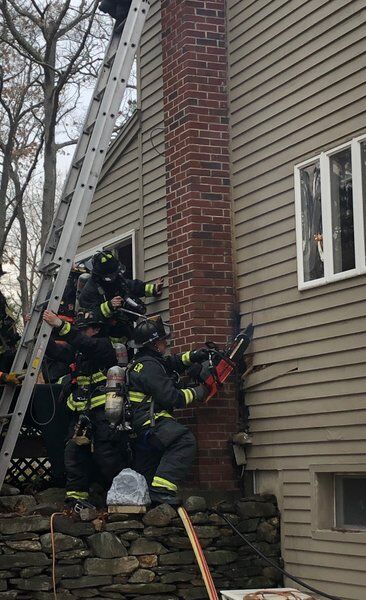 A sounding smoke alarm alerted the residents to a fire in their Essex Avenue home Tuesday morning.

No injuries were reported as a result of the fire, Chief Eric Smith said in a prepared statement.

At 7:24 a.m. on Tuesday, Nov. 17, the Gloucester Fire Department responded to 584 Essex Ave. (Route 133) for a report of a house fire. The home's occupants were alerted to the fire when their smoke detector sounded an alarm, which enabled them to evacuate safely prior to the arrival of first responders, Smith said.

Upon arrival, firefighters found flames in the wall of the home. An initial investigation points to the fire being caused by a chimney flu failure. Firefighters had the fire under control by approximately 7:45 a.m.

The fire remains under investigation by the Gloucester Fire Department with assistance from a Gloucester Building Department inspector.

In other news taken from the logs of Gloucester’s police and fire departments:

10:40 p.m.: Police were dispatched to 11 Chapel St. for a report of someone trespassing on the property. An officer was met outside by the caller who explained that the house is under construction and that there are miscellaneous items and ladders around the property. He stated that he was inside when he noticed the motion sensor light activate on the side of the house where some equipment was kept. After going outside, he observed that a ladder that was previously in the back of the house was now leaning upright against the dumpster on the side of the house. He told police that he was sure that the ladder was moved by someone. Officers checked around the property but were unable to find the individual involved. Nothing appeared to be stolen at the time.

5:26 p.m.: A caller from the Shaw's Market on 7 Railroad Ave. reported finding a bag with a white powder substance in it. The item was retrieved and disposed of safely.

12:34 p.m.: A hypodermic needles recovered on the sidewalk in front of 19 Taylor St. was disposed of safely.

6:12 p.m.: A driver on Broadway received a verbal warning for a lights violation.

Medical emergencies: Individuals were transported by ambulance to Addison Gilbert Hospital in Gloucester from Driftwood Way at 12:49 p.m. and Broadway at 5:17 p.m.

111:27 a.m.: Officers assisted a Broadway resident who reported a false unemployment claim was filed in his name.

10:14 a.m.: An Ocean Avenue resident reported a rain barrel attached to the house was torn off overnight. Officers determined the barrel had blown off due to high winds.

9:18 a.m.: A driver on Granite Street received a verbal warning for erratic operation.

6:25 a.m.: An officer moved lawn furniture that blew into the road on Stone Barn Lane.

4:41 p.m.: A driver on Ocean Street received a verbal warning for failing to dim the car's high beams.

3:45 and 1:22 p.m.: Officers assisted residents on Brookwood Road and Central Street who reported false unemployment claims were filed in their names.

12:39 p.m.: A driver on Summer Street received a verbal warning for speeding.

11:23 a.m.: National Grid was notified of a tree branch tangled in electrical wires on Pleasant Street.

10:26 a.m.: Officers assisted a Gales Point resident who reported a false unemployment claim was filed under his name.

9:20 a.m.: The DPW was notified of hanging electrical wires on Pine Street.

3:32 p.m.: Officers assisted a resident who reported a false unemployment claim was filed under his name.

1:29 p.m.: Report of a boat washed up on the rocks by the public landing on Main Street. The owner was notified and the boat was moved.

12:57 p.m.: Officers assisted a Deer Hill Farm Road resident who reported a false unemployment claim was filed under his name.

10:07 a.m.: A resident called the department to report identity theft.