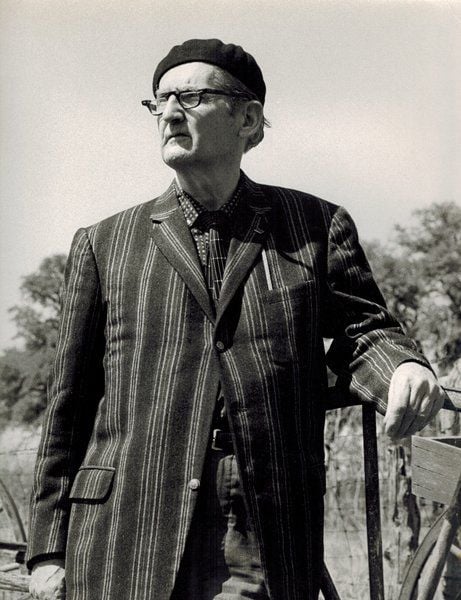 The artist Arthur William Wilson in 1970, in Abilene, Texas, in a photograph taken by his son. 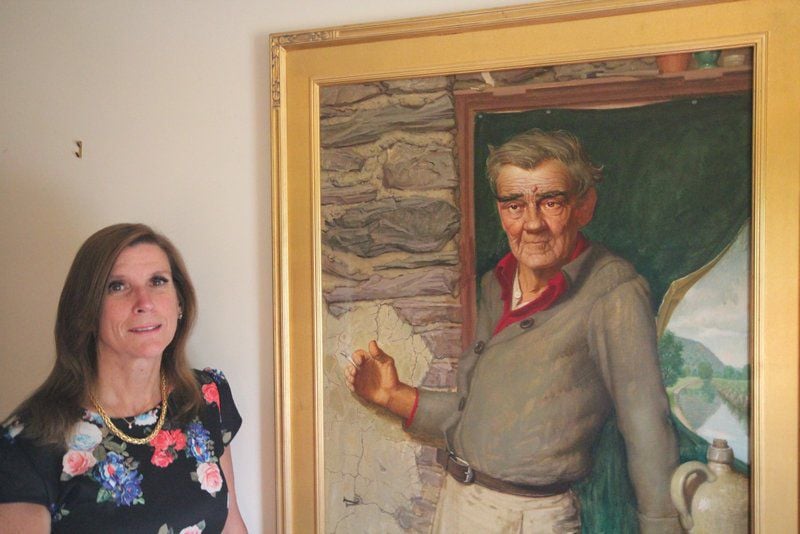 Claudia Howard with the "Mole Man" portrait done by her grandfather, a painter who lived and worked in Gloucester and was known as Arthur William Wilson, Tex Wilson, Winslow Wilson, and Pico Miran. 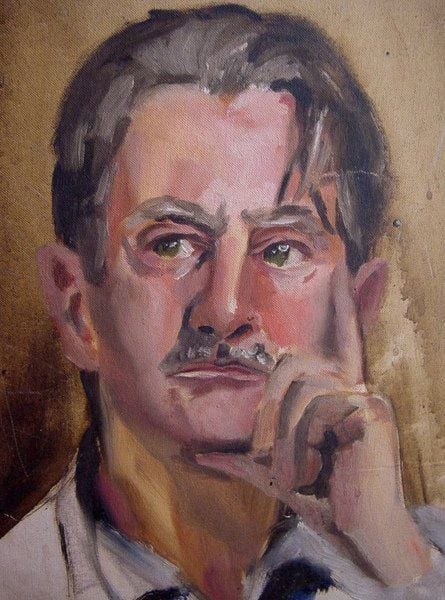 The artist Arthur William Wilson in 1970, in Abilene, Texas, in a photograph taken by his son.

Claudia Howard with the "Mole Man" portrait done by her grandfather, a painter who lived and worked in Gloucester and was known as Arthur William Wilson, Tex Wilson, Winslow Wilson, and Pico Miran.

Gloucester has been home to more characters than Melville’s "Moby-Dick." None more enigmatic than the talented, tempestuous teacher of portraiture known, depending on who you’re talking to, as Arthur William Wilson, Tex Wilson. Winslow Wilson. and last but not least, Pico Miran.

Betty Lou Schlemm, one of many students he taught over his years — 1946 to 1972 — as a member of the Rockport Art Association, recalls him as a strict taskmaster who told her she was "being too noisy with her paint brush." Poet Vincent Ferrini recalled him as "erudite" and "irritable" — “a misplaced Faulknerian character. ” But the artist of many names was also, by all accounts, a charismatic charmer in his day. And, according to Gloucester artist Bing McGilvray, he was, despite his lack of fame, "an artist of national prominence, with a technique like an old master."

Peter Anastas, who as a young reporter reviewed Wilson’s paintings and struck up a friendship with the then-aging artist, was welcomed by him in his modest two-room apartment in the Bradford Building on Gloucester’s Main Street (a structure later destroyed by a fire that, alas, took Wilson’s memoirs with it) and describes him at length on a website — winslowwilson.com— created by Wilson’s granddaughter, Claudia Howard.

“My grandfather was a complicated man,” says Howard from her home in New Jersey, where for the past few years she’s devoted much of her time to discovering the person behind the pseudonyms. For much of her life, Howard didn’t care. Her grandfather had, after all, abandoned her own father as a baby. But that baby, Howard’s father, Horace Peter Wilson, did care. A successful and exacting executive, when he died in 2009, Claudia Howard “found eighty of my grandfather’s paintings in the basement of his home in Kansas City.”

Those paintings were a revelation. “ I knew he was an artist but had no idea of the size or the scope or the disparity of his work," says Howard. "Other than a few paintings my father had hung on walls, I’d seen nothing.”

What Howard saw led her on an odyssey that would take her in 2014 to Gloucester, a city she has come to love for many reasons, not the least of which is “that when I’m there I feel like I’m walking in my grandfather’s footsteps.”

Who was this mysterious artist who over the course of several decades had more Gloucester addresses than he had names? If you can judge a person by the company they keep, he was once quite the fellow, counting among his closest lifelong friends his fellow Harvard bon vivants and cultural iconoclasts e.e. cummings and John Dos Passos.

Born of pioneer stock in outback Texas in 1892, and dubbed "Tex" by his Harvard Class of 1915 mates, Arthur Winslow Wilson was one of five brothers who would lead notable lives — Arthur's — or Tex's — more notable sometimes for its lows than its highs. At Harvard he had, to put it mildly, a checkered career, accidentally killing a classmate during a 1911 student labor protest, a tragedy which may have contributed to his failure to live up to his early promise of "genius."

No one knows why Wilson chose to live his later life in Gloucester, but it's likely he'd been drawn here earlier during his Harvard days, a time when artists such as John Sloan flocked to the North Shore’s famous sea light. By 1916, when he and e.e. cummings were sharing an apartment in Greenwich Village, they were visited by John Dos Passos, who — it’s noted in a biography of the literary lion — was awestruck by his young friend's powerful realist seascapes, which he was already signing Winslow Wilson in homage to master marine painter Winslow Homer.

Like Homer, Wilson’s life and work were influenced by years in New York, Paris and London. In World War I France, he drove in the American Ambulance Field Service, founded by Gloucester's A. Piatt Andrew. Later, as a shell-shocked member of Gertrude Stein's "Lost Generation," he lived the aesthetic American expatriate life immortalized by Hemingway. Later still, back in the states, he was an active member of art scenes in New York and New England, working out of studios in Manhattan and Cape Ann.

Stylistically, Wilson’s work was distinguished by its extreme diversity. In response to his war experiences, he produced nightmarish landscapes of surreal nuclear and industrial destruction, which he signed Pico Miran, in homage to the great humanist of the Italian Renaissance, Pico della Mirandola.

But it is in Wilson’s late portraits of his Gloucester neighbors that we perhaps see the most of the man he was.

Bing McGilvray — who himself sat for a portrait painted by his friend, the great British contemporary artist, David Hockney — says that when Wilson wasn't teaching at the Rockport Art Association, he "seemed a reclusive fellow," painting deeply felt portraits of his neighbors and friends — faces of Gloucester, which, says Claudia Howard, are a poignant record of the hard-working lives lived on the city's seas and waterfront.

Howard, an investment banker who says she is "right brain" as opposed to her grandfather's "left brain," says those faces and those marine paintings reflect things her grandfather obviously loved about Gloucester that he, like his better known waterfront neighbor, the poet Charles Olson, saw being threatened by progress. Those things — the sea and its moods and meanings and majesty, the down-to-earth lack of pretense — are what she, too, loves about Gloucester.

Howard has with great care overseen the restoration of her grandfather’s paintings, and it was through this process that in 2014 she came to visit Gloucester. She speaks with emotion of the last years of Wilson's life in Miami where he’d moved in 1971 “probably for the weather” with his longtime companion, artist Jane Grey, and of the Christmas cards he never failed to send, each with a copy of one of his works accompanied by poignant lines of poetry and verse.

His last card, sent the Christmas before he died in 1974, featured a painting he’d done of a gull-gladdened Gloucester Harbor, accompanied by lines from David, the 107th Psalm, familiar to all Gloucesterites: “…They that who go down to the sea in ships, That do business in great waters, These see the works of the Lord, and his wonders in the deep.”

The painting is dedicated to, “the Gloucester Fishermen.”

For Claudia Howard, granddaughter of artist Winslow Wilson, the discovery of works painted by him during his years teaching and living in Gloucester kicked off a quest to discover the man behind the mystery; a reclusive virtuoso who Gloucester artist Bing McGilvray calls “an artist of national prominence, with a technique like an Old Master.”

If you have any information on any aspect of his life and work during his Gloucester years, email Howard at pjaa942@gmail.com