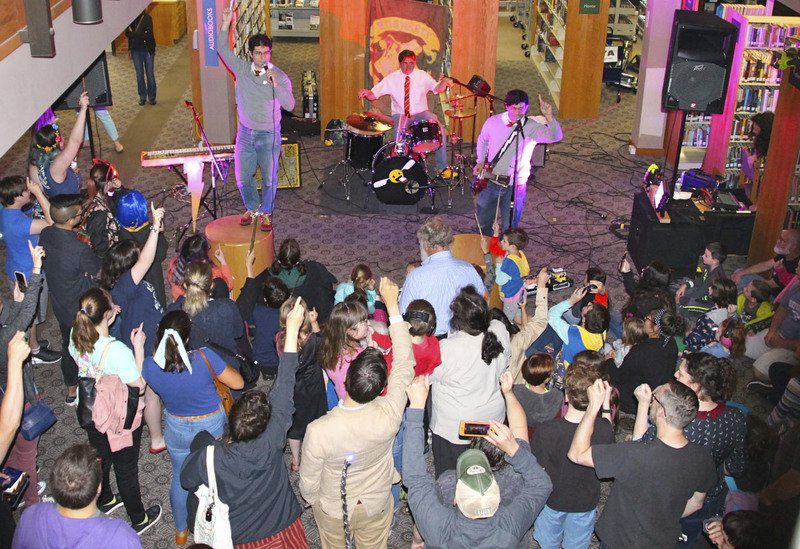 Courtesy photo/Harry and the Potters perform at the Sawyer Free Library. 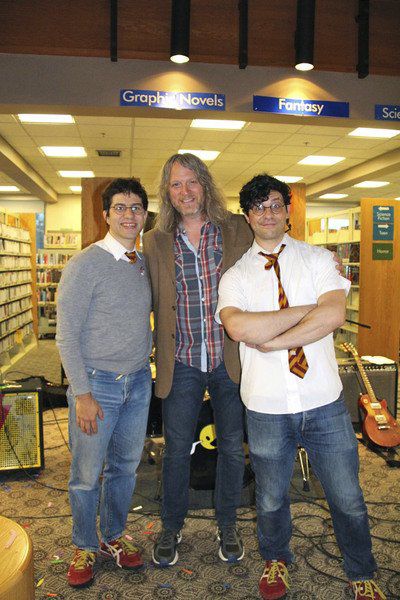 Courtesy photo/Harry and the Potters perform at the Sawyer Free Library.

The Sawyer Free Library was rocking this past Friday night, June 21, when wizard rockers Harry and the Potters performed for more than 170 fans of all ages.

Library staff looked on as children, teens, adults, "squibs and wizards, and witches" danced and sang along to the band who played fan favorites and songs from their just-released album, "Lumos."

Emceeing the show was Gloucester rock 'n' roll musician and producer Tony Goddess of Bang-a-Song Studios in Gloucester where Harry and the Potters recorded their latest album. This show was the first stop in the band’s 60-city concert tour of public libraries across the country.

The concert, which was made possible by the support of The Friends of the Sawyer Free Library, kicked off the library’s summer reading program "A Universe of Stories," which runs in July and August.

The summer program challenges readers of all ages to read throughout the summer for the opportunity to earn prizes. There also will be many free, educational, and entertaining programs for library patrons to attend, providing a productive option for the long summer days. For more information, visit sawyerfreelibrary.org.