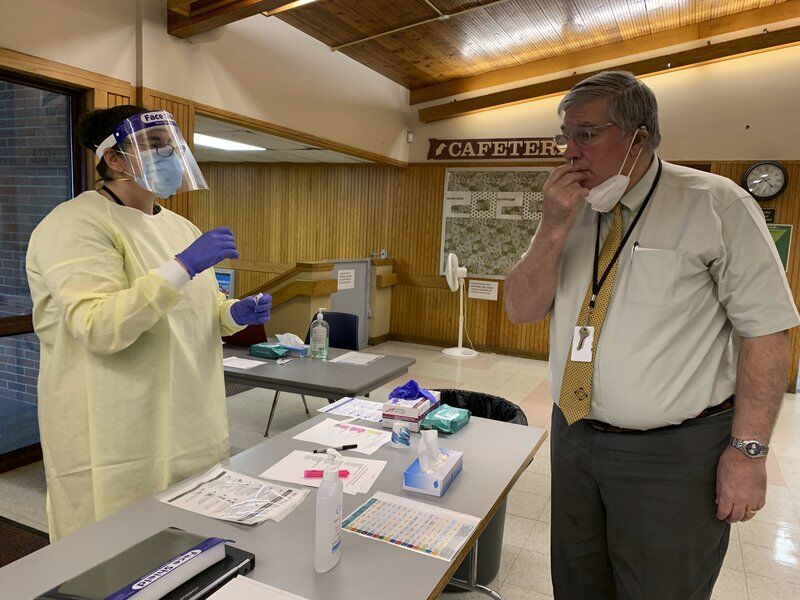 Rockport Public Schools Superintendent Rob Liebow takes a COVID-19 nasal swab test, administered by Middle School nurse Jennifer Johnson. Staff and participating students will be swabbed once a week for the next six weeks thanks to the state Department of Education's Poole Testing Program.Photo Credit/Michael Cronin 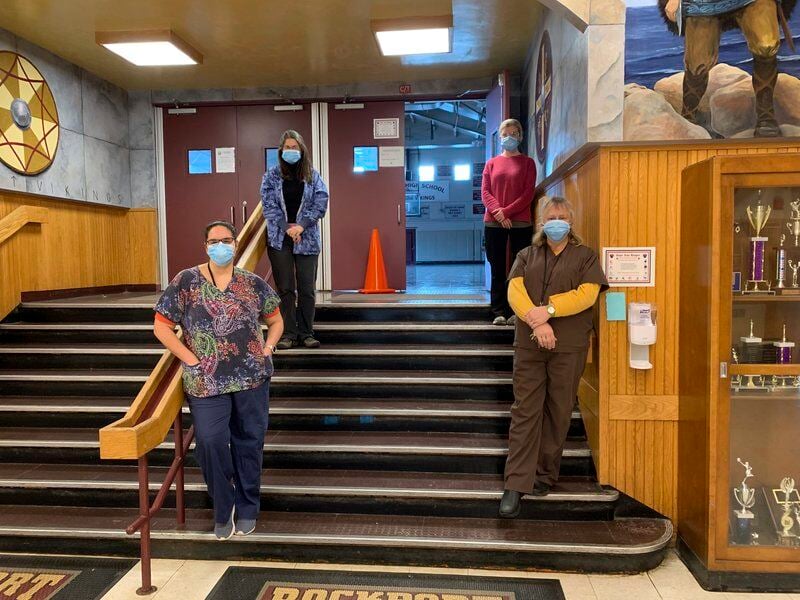 Rockport Public Schools Superintendent Rob Liebow takes a COVID-19 nasal swab test, administered by Middle School nurse Jennifer Johnson. Staff and participating students will be swabbed once a week for the next six weeks thanks to the state Department of Education's Poole Testing Program.Photo Credit/Michael Cronin

Tests will be given to elementary and middle school pupils and staff starting Tuesday and Wednesday, by their hybrid learning cohorts. High schoolers will begin receiving their tests Monday, Feb. 22, after February break. Mondays are a district-wide remote learning day, so high school students will only need to make a quick stop at the school building to get their tests.

The school district will require all staff to take these weekly tests. Parents of schoolchildren will need to sign a permission slip if they want their child to participate.

"We want to thank the parents for trusting the process," Liebow continued.

Swabs will be grouped by cohort and tested at CIC Health in Cambridge. If the cohort reads positive, the testing group will be given an additional swab to narrow down who tested positive.

"If we get the tests in early in the morning, CIC said they could get us the results that day," Liebow explained.

The Massachusetts Department of Education first opened applications for school districts to be part of its Authorized Pooled Testing program on Jan. 22.

"(Liebow) was on (the grant program) from the minute it opened," said Johnson. "He was one of the first ones to apply."

If the school districts wants to continue giving tests through the rest of the school year after the six-week period is up, Liebow said it would cost around $50,000 to $60,000 of the district's CARES Act stimulus money.

As of Thursday morning, 30 trial tests were given to members of staff and a select few of their children enrolled in Rockport schools. Liebow was the last test of the day.

"It's not a problem at all," said Liewbow of the tests. "It's just a quick swab of the front of your nose. It takes all of 30 seconds to complete."