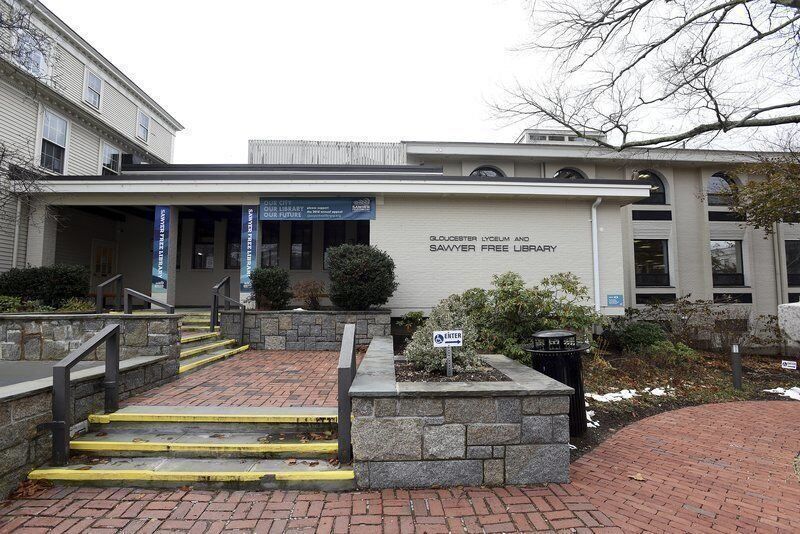 PAUL BILODEAU/Staff file photo. Rumors to the contrary, both the mayor and director of Sawyer Free Library on Dale Avenue say the building is not being torn down. 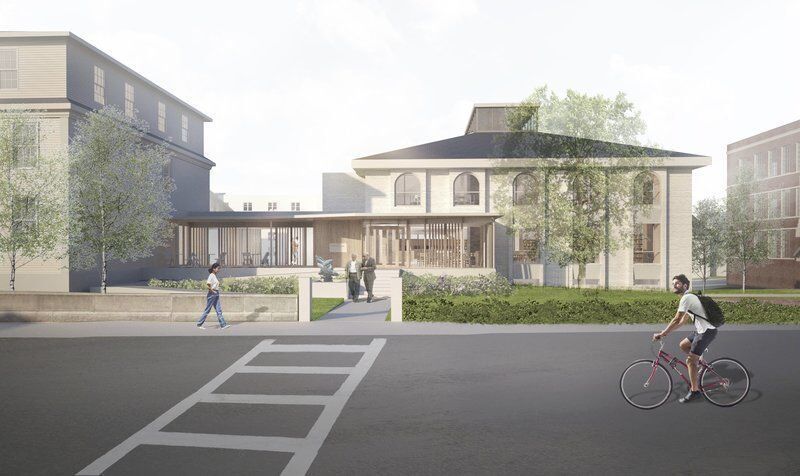 Oudens Ello Architecture/Courtesy photo/This artist's rendering shows the design concept for the renovation of the front of Sawyer Free Library on Dale Street. The facade designed by Donald Monell would be left in place.

PAUL BILODEAU/Staff file photo. Rumors to the contrary, both the mayor and director of Sawyer Free Library on Dale Avenue say the building is not being torn down.

Oudens Ello Architecture/Courtesy photo/This artist's rendering shows the design concept for the renovation of the front of Sawyer Free Library on Dale Street. The facade designed by Donald Monell would be left in place.

Gloucester's library is not going anywhere.

After a rumor spread via social media that Sawyer Free Library at 2 Dale Ave. was going to be torn down, the city's administration and library staff debunked the claims — both stating the existing building will be renovated and expanded.

“The Sawyer Free Library is NOT going to be taken down or destroyed,” Mayor Sefatia Romeo Theken posted on Facebook on Monday afternoon.

The rumors originated from a Facebook post created by Patti Amaral, a leading voice in opposition to the city’s proposal to build an elementary school on Webster Street that would house the combined student bodies of East Gloucester and Veterans Memorial elementary schools.

“Thank you to our PAST leaders who had the foresight to save our historic buildings and open spaces. Oh but wait our Sawyer Free Library is the next building to be destroyed  in my eyes when you remove the character of the historic building by Dore & Whittier. Yes our library board is in talks with them too,” Amaral wrote, referencing the architectural designer that has been working with the school district to design the new elementary school.

“This historic vote will either be our turning point to save these beloved buildings and open spaces or to start their demolition" she wrote. "You get to decide. Please vote NO on 3 and stop the wheels of destruction. Your vote counts.

Amaral did not reply to the Times’ request for follow-up.

The “historic vote” Amaral pointed to in her post is the third question Gloucester voters will see on the Nov. 3 ballot. If approved,  the city would be allowed to temporarily raise taxes to pay for the construction of the proposed combined elementary school building.

Library officials denounced Amaral’s claims, explaining that all plans to have the enhanced library — a separate project from the new combined elementary school — undergone months of public hearings and meetings before becoming a reality.

“In May of 2019, at the library's Annual Meeting, after months of public input, we announced the Board of Trustees' unanimous decision to accept the design plans to renovate, expand and enhance the main library building, preserving the original design and integrity of architect Donald Monell,” Mern Sibley, president of the Board of Trustees of the Gloucester Lyceum & Sawyer Free Library, wrote Monday afternoon on Facebook.

Sibley also noted that the library has committed to the extensive restoration of the historic Saunders House.

Based on a May 2023 construction start date, the project to enhance the library is targeted to cost $28.6 million. The library’s trustees noted in a packet outlining the project that $9 million of the costs are going to be covered by a state grant and the other $19.6 million will be raised through a capital campaign.