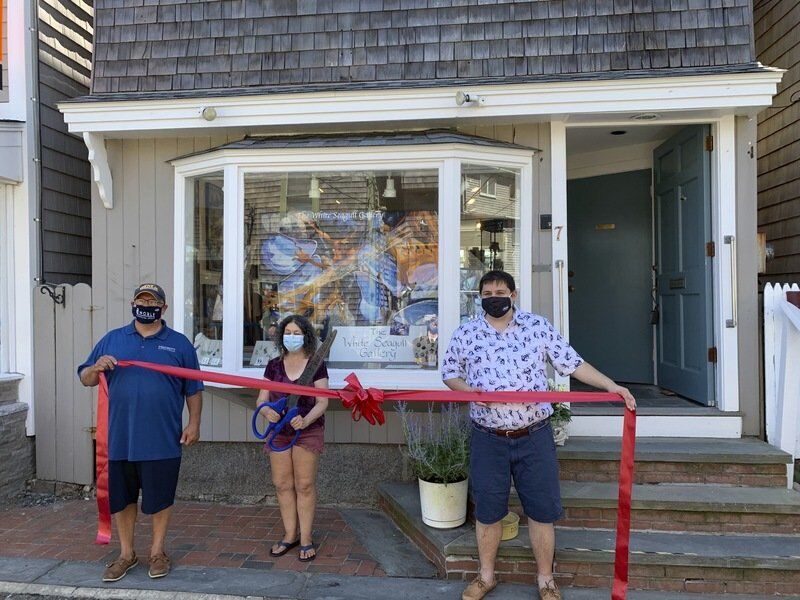 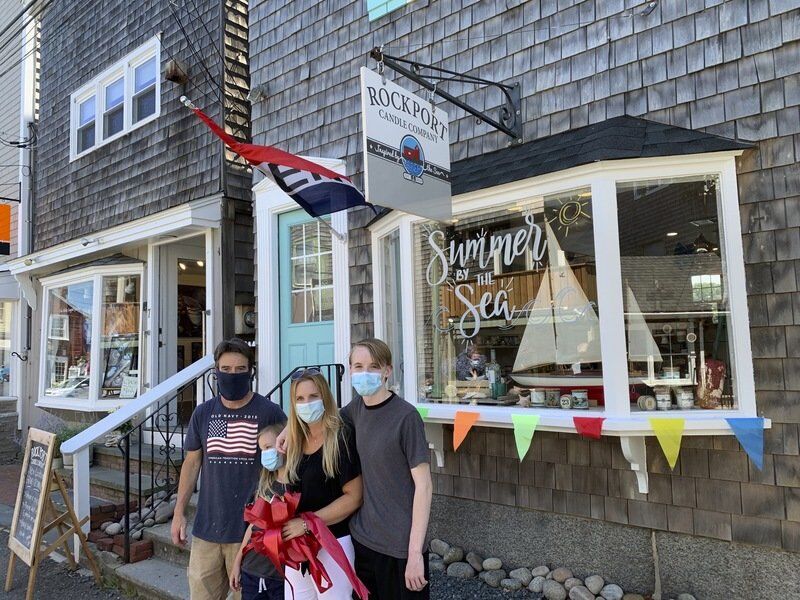 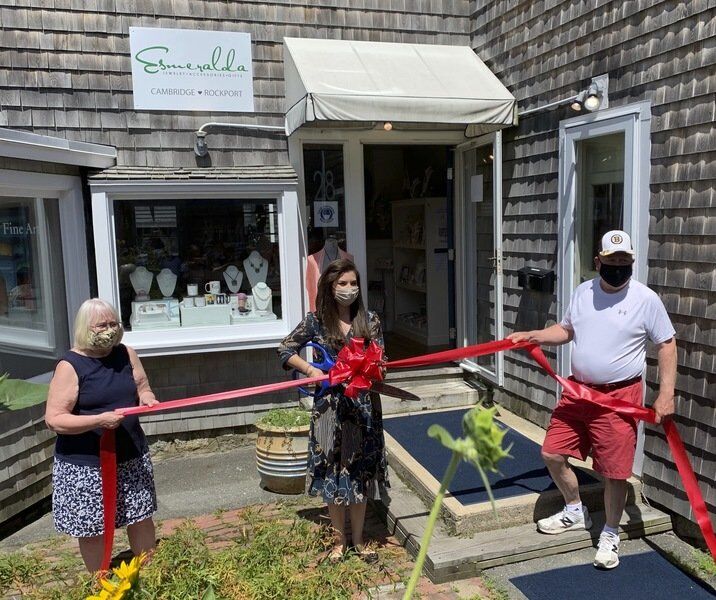 MICHAEL CRONIN/Staff photo/Esmeralda Lambert, center, celebrated the opening of her second Esmeralda Jewelry, Accessories and Gifts shop at 28 Bearskin Neck in Rockport. Joining her are her in-laws, Sandy and Alan Lambert.

MICHAEL CRONIN/Staff photo/Esmeralda Lambert, center, celebrated the opening of her second Esmeralda Jewelry, Accessories and Gifts shop at 28 Bearskin Neck in Rockport. Joining her are her in-laws, Sandy and Alan Lambert.

This week saw the opening of two new and two relocated shops on Bearskin Neck.

On Wednesday morning, members of the Cape Ann Chamber of Commerce and Selectmen Don Campbell and Ross Brackett welcomed three of the four businesses with a short ribbon-cutting event for each.

“Especially in these highly challenging times, we are thrilled to be helping three businesses celebrate their openings today, bringing the total to more than a dozen over the past two months," chamber CEO Ken Riehl said. "Most of the news is about business closures, so it is important to recognize our business community as being incredibly resilient and inventive in dealing with this pandemic.”

Esmeralda Jewelry, Accessories and Gifts opened its new Cape Ann location at 28 Bearskin Neck on Wednesday. The products the store carries are handmade by artisans from across the state, and all materials used are sourced ethically, owner and jewelry maker Esmeralda Lambert. Esmeralda also has a location in Harvard Square.

"I have friends here who own shops here and they spoke wonders of Rockport," Lambert said. "Out of all the places we looked at for a second store, Rockport has been the most welcoming."

Artist Todd Montanaro was unable to make the group ribbon-cutting ceremony for Gallery Montanaro, 10 Bearskin Neck. The new outlet for the artist and others is open Thursdays through Sunday.

This marks four new business openings downtown this month. Previously, the Cape Ann Chamber and the Rockport Board of Selectmen welcomed Sea & Cellar, a cheese and craft beverage store in Dock Square, and Cleod, an artisan glassware shop on Bearskin Neck, with their own ribbon cutting ceremonies.

Also during Wednesday's festivities, owner Susanne White of celebrated the opening and relocation of The White Seagull Gallery at 7 Bearskin Neck.

"I was on Main Street for the last 12 and a half years," said White after her ribbon-cutting ceremony. "This building was available and I said, 'Wow!' You can't beat the location. It has such a nice view of the harbor."

Rockport Candle Company moved to larger building a few yards away from its old shop at 45 Bearskin Neck. In addition to its new expanded store space at 5 Bearskin Neck, shop owner Christina Willcox and her husband, Peter, also own the one-bedroom suite upstairs as an AirBnB rental.

"We just celebrated our fourth year," said Christina Willcox. "We moved from a tiny studio on Broadway to a shop here on Bearskin Neck. With this new building we're able to have enough space to manufacture and sell right on the spot."