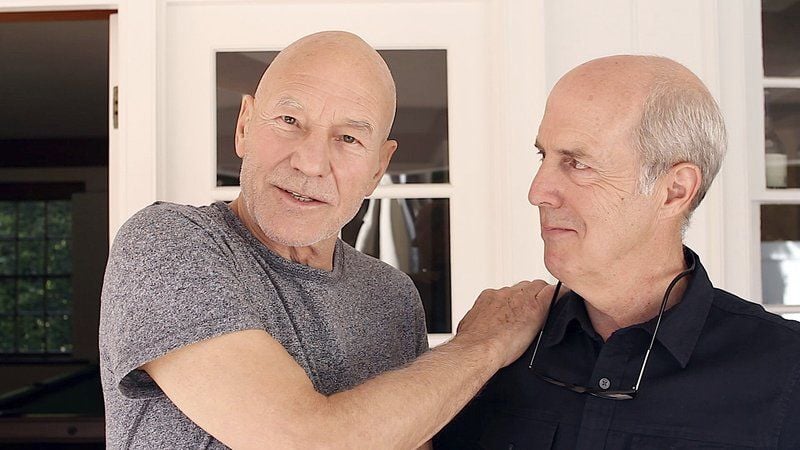 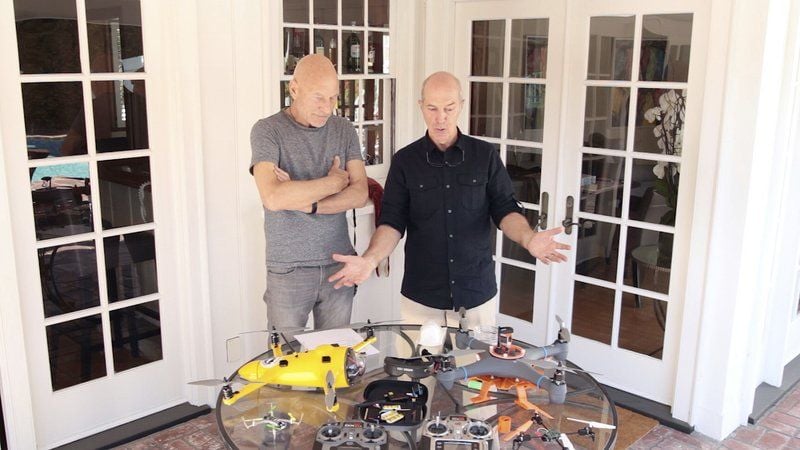 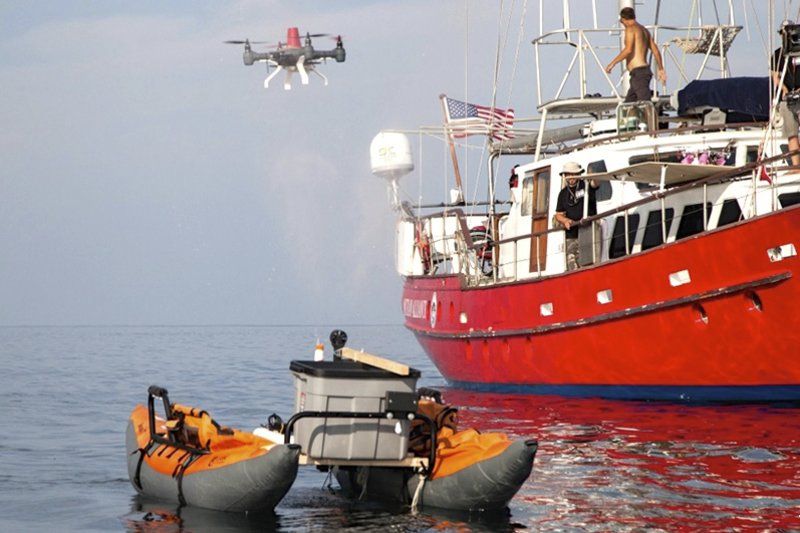 Ocean Alliance/Courtesy photoOlin College students and Ocean Alliance staff test one of the developmental Snotbots from aboard the research vessel Odyssey. 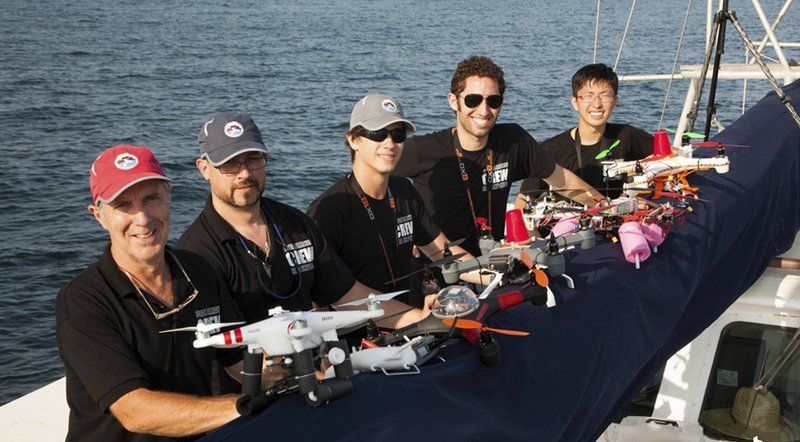 Ocean Alliance/Courtesy photoOlin College students and Ocean Alliance staff test one of the developmental Snotbots from aboard the research vessel Odyssey.

The way CEO Iain Kerr sees it, his Gloucester-based Ocean Alliance has an innovative approach to collecting biological data from whales.

So it’s only natural, he says, the nonprofit would seek an innovative means of funding its work — with help from a longstanding supporter who’s led us on some fictional explorations himself.

The Alliance has launched a $225,000, 40-day online Kickstarter campaign for its so-called Snotbot robotics program, which, through the use of specially developed drones, collects data from the fluids emitted by the whales through their blowholes, yet avoids harassing the whales in the process.

The supportive friend is Sir Patrick Stewart, the actor who, as Captain Jean-Luc Picard in “Star Trek,” has taken us on voyages into space. In the real world, Stewart has long been a backer of the Ocean Alliance and its explorations of the deep.

Stewart has joined Kerr in a video urging support for the Snotbot project, which was launched in 2012 in partnership with Olin College of Engineering in Needham. The Snotbot data can enable researchers to run diagnostics on everything from DNA, hormones, virus and bacteria to the effects of chemical and toxin absorption on a whale’s system.

Kerr said Stewart became aware some time ago of Ocean Alliance’s efforts through fellow actor Lisa Harrow, who is married to Dr. Roger Payne, the Ocean Alliance’s founder and president. So Kerr and others connected with the Ocean Alliance project flew to California to approach Stewart about shooting a video in support of the drone project.

“The means we now use for collecting data from whales, I believe, can be seen as harassing them, and causing them stress, which can affect the data,” Kerr said. Particularly, those methods include pursuing the whale in a motorized boat and firing a biopsy dart from a crossbow.

The idea behind the video, Kerr said, was to use Stewart — who had already donated to the Snotbot program and had one of the robots named “Sunny” in honor of his wife, jazz singer Sunny Ozell — to illustrate the effect of current methods on whales. So the video opens with Stewart emerging from his home, being “shot” with a dart, and Kerr, appropriately playing the researcher, explaining “I’m just collecting data.”

Kerr said that, behind the camera, he was the one who fired the plastic dart at the acclaimed actor.

“The first time I shot him, I hit his mic (hidden microphone), and it made a huge ‘Boom’,” Kerr said with a laugh, recalling that the scene took three or four takes. “I couldn’t have done that again no matter how hard I tried. But he was such a good sport about it all.”

In the end, the 3-minute, 46-second video focuses on the advantages of the Snotbot project and on Stewart’s message:

“I’m asking you to support my good friend, Capt. Iain Kerr, and Ocean Alliance,” Stewart says, “in their quest for more effective, more efficient, innovative research that will give us answers to some of the mysteries about the ocean — and particularly whales.”

Kerr said his and Ocean Alliance’s own commitment to the drone program is tied to unraveling many of those mysteries.

“We really believe that the answers for humanity’s future lies in our oceans,” said Kerr, whose nonprofit is headquartered at the restored Tarr & Wonson paint factory site on Rocky Neck. “Whether it’s mining, whether it’s research for pharmaceuticals, we’re here not only as a perfect place to launch research into the ocean, but also to launch people’s imaginations.

“We believe that how humanity interacts with whales is significant,” he says. “We believe that, because whales are at the top of the (ocean) food chain, that whales are very good indicators of what’s going on in the ocean around them.”

Kerr said the idea of raising money through a massive Kickstarter effort is a new venture for him.

“My whole life has been spending two, three weeks writing a grant, and then seeing it go to a foundation, then, a couple of months later, finding out whether we get it or not,” he said. “So this is different, it’s exciting — and it’s a bit terrifying as well.”

The Kickstarter campaign runs through Aug. 25. Donors can contribute to the project by visiting https://www.kickstarter.com/projects/snotbot/snotbot-pushing-the-frontiers-of-whale-research-wi. As of 6 p.m. Wednesday, the effort had drawn 114 supporters contributing $6,346.

Kerr said he’s optimistic of reaching the goal as awareness grows regarding the project, and Stewart’s support of it.

As for the Snotbot project itself, Kerr said he’s hoping the alliance can begins its work off Argentina with right whales in late September, in the Sea of Cortez in November, and then with humpback whales off Alaska next spring or summer. Kerr said the agency is still awaiting the needed permits from NOAA’s National Marine Fisheries Service to carry out its drone work in U.S. waters, and from the Federal Aviation Administration, which limits the flight of drones to 400 feet above the surface.

“We’d love to be able to research humpback whales right off our own coast here in Gloucester,” he said, “but right now that’s a ways away.”

Staff writer Ray Lamont can be reached at 978-675-2705 or rlamont@gloucestertimes.com.