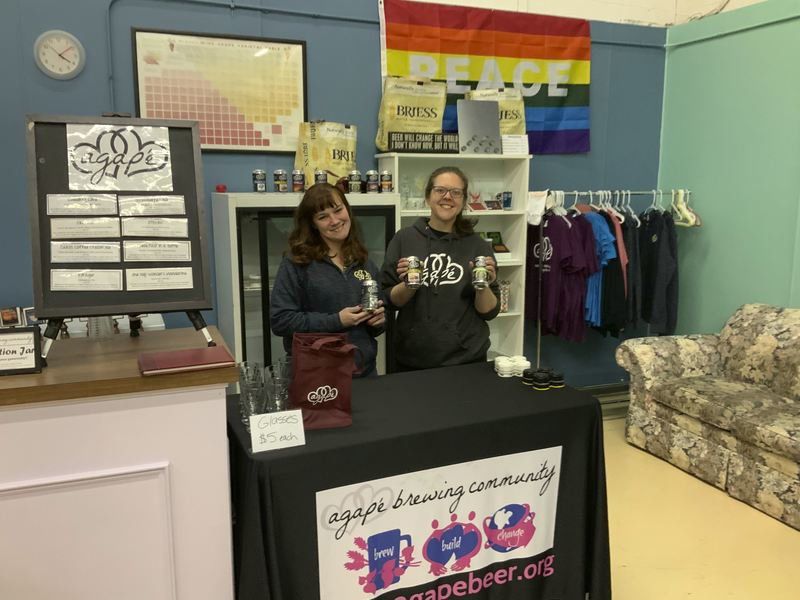 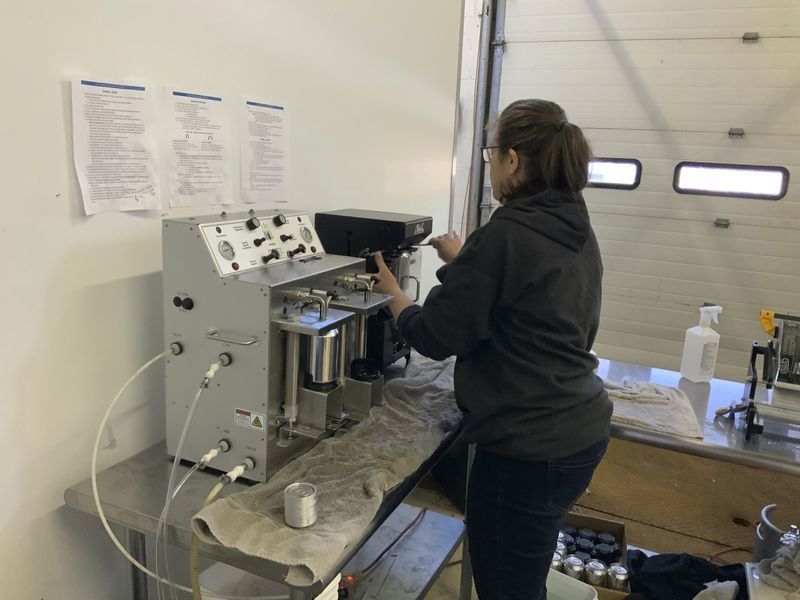 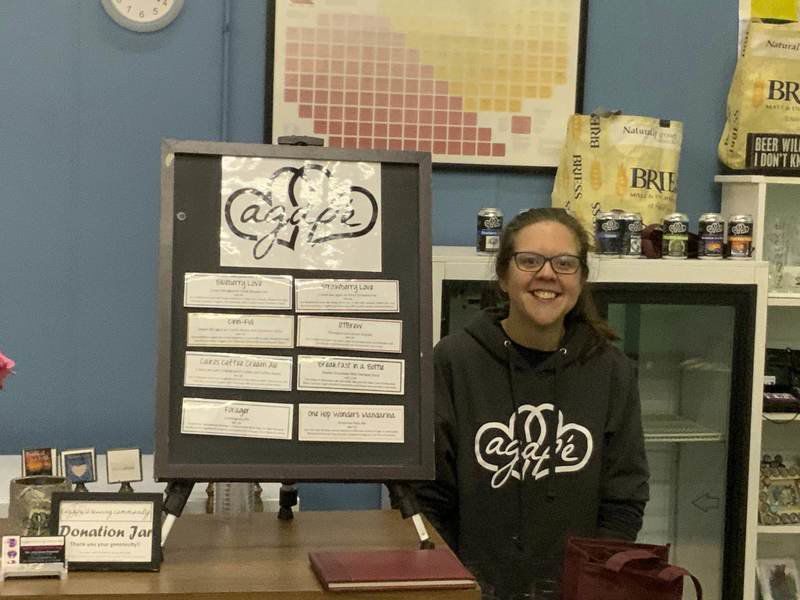 ERIC CONVEY PhotoThe Rev. Jamie Green Klopotoski, a United Church of Christ minister and head of Gloucester's Agape Brewing Community, in the community's would-be taproom in Blackburn Industrial Park. Klopotoski says financial issues while trying to get permits for the taproom have forced her to close up shop.

ERIC CONVEY PhotoThe Rev. Jamie Green Klopotoski, a United Church of Christ minister and head of Gloucester's Agape Brewing Community, in the community's would-be taproom in Blackburn Industrial Park. Klopotoski says financial issues while trying to get permits for the taproom have forced her to close up shop.

A local minister has officially pulled the plug on her plan to open a taproom where parents could enjoy beer brewed on-site while children played nearby, and any profits generated would go to local charities.

The Rev. Jamie Green Klopotoski said prior to officially withdrawing the proposal on Monday that she is dropping plans for Agape Brewing Company at Blackburn Industrial Park because city regulations have been onorous and she fears endless clashes with the city Licensing Board. The local board, along with its state counterpart, oversees establishments that sell alcoholic beverages.

Board Chairwoman Melissa Teixeira Prince, meanwhile, said in an interview that the local three-member panel merely enforced regulations. She said members were gathering information that appeared to be supporting Agape's plan when they learned last week via a video Klopotoski posted on social media that she intended to withdraw her application.

Teixeira Prince said she and another board member recently visited a family-friendly taproom in Beverly to see how they operate and "we had an enjoyable experience there. ... I was planning on doing more site visits in Beverly this weekend."

At the same time the Licensing Board members would have been visiting locations like the one Klopotoski hoped to open, the Congregational minister was at the nondescript Blackburn building where Agape Brewing Co. brews and cans its beer finishing up batches, canning beer and greeting a steady stream of visitors lamenting the plan. Under licenses already approved, Agape was making and canning beer and selling it to restaurants and retail stores. That, too, is coming to an end.

Klopotoski, who doesn't especially like beer, said she started Agape to create spaces where young people and young families could find community. She chose brewing after realizing a taproom could draw far more people at an age when they especially needed fellowship than churches are able to. So she worked at Harpoon and Ipswich Ale to learn beer-making until she decided last year that it was time to create Agape Beer the company and foster the nonprofit Agape Brewing Community.

The word "Agape" is Greek and often translated as "selfless love." It appears prominently in the New Testament.

"It was never about the beer," she said.

Klopotoski, a West Gloucester resident, said in an interview and in a passionate 13-minute video posted on Facebook and Vimeo that regulations, "red tape" and "nonsensical delays" she faced obtaining required permits proved emotionally overwhelming and financially challenging. She estimates she has poured $25,000 of her own money into the project.

If online responses to social media posts are any indication, Klopotoski has considerable sympathy from at least many dozens of people who shared her vision — and in a number of cases, enjoyed the beer she produced.

Beverly resident Bob Murphy was among those who stopped by Saturday to thank Klopotoski for her effort. He said in a brief interview that he was surprised Agape would face regulatory hurdles. "Beverly doesn't seem to have any problems with kids running around tap rooms," he said.

Davia Moore, a former Gloucester resident who volunteers at the brewery and serves on the nonprofit community's board, said Agape has been served by a group she calls its "volunteer army" and its members are extremely upset by the challenges Klopotoski has faced.

Teixeira Prince also seems disappointed Agape is not moving forward. She said the Licensing Board works with businesses to help them prosper in Gloucester and applied the same standards to Agape as it would to any other.

Klopotoski said Agape will have a presence at the holiday marketplace this Sunday, Dec. 15, at the Magnolia Library in Gloucester. The brewery space at 10 Blackburn Center in Gloucester will also be open this Saturday and next, Dec. 14 and 21, to sell the last of Agape's beer, merchandise, equipment, and supplies.

"I want to be clear, that while we are closing the brewery, we are not closing the community," she said on Agape's Facebook page. "Our 501c3 nonprofit organization (Agape Brewing Community) will still exist and we will definitely be doing something together in the future."

Klopotoski said if there's one lesson she has learned over the past year, it's that "being a volunteer in Gloucester is not for me." She said she's going to spend 2020 figuring out what she can do to serve the community — without involving beer.