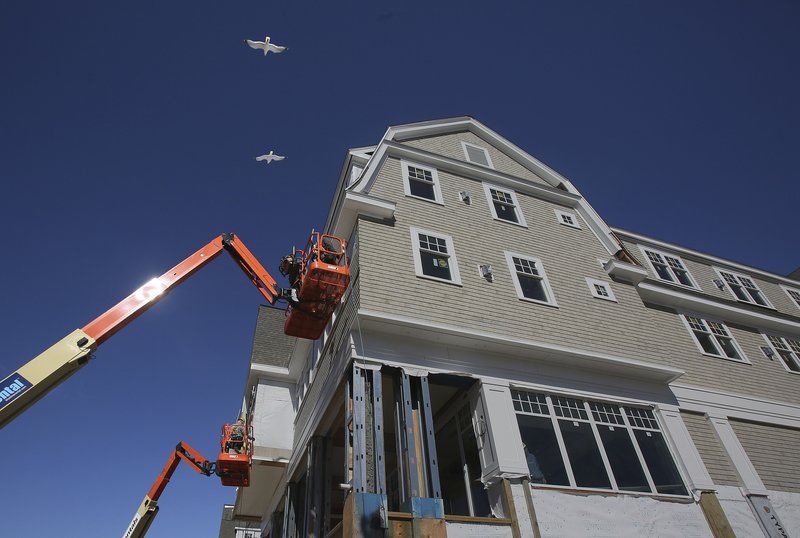 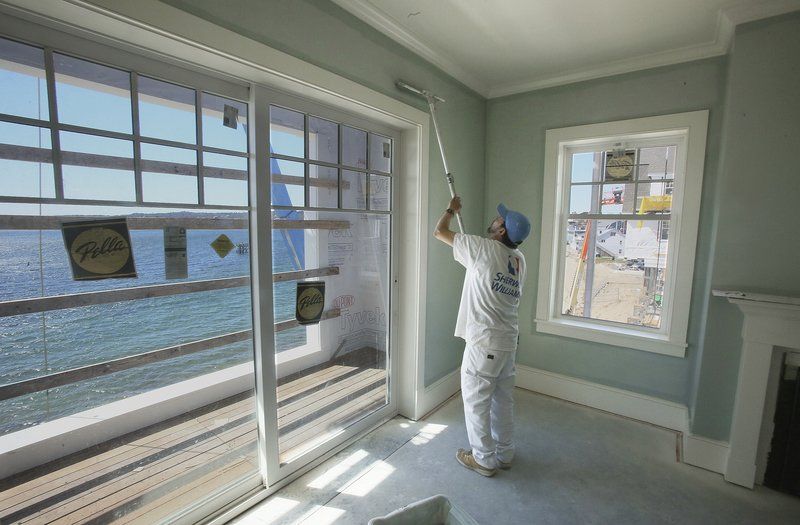 MIKE SPRINGER/Staff photo A worker paints an ocean-view guest room Tuesday on the third floor of the Beauport Gloucester Hotel. 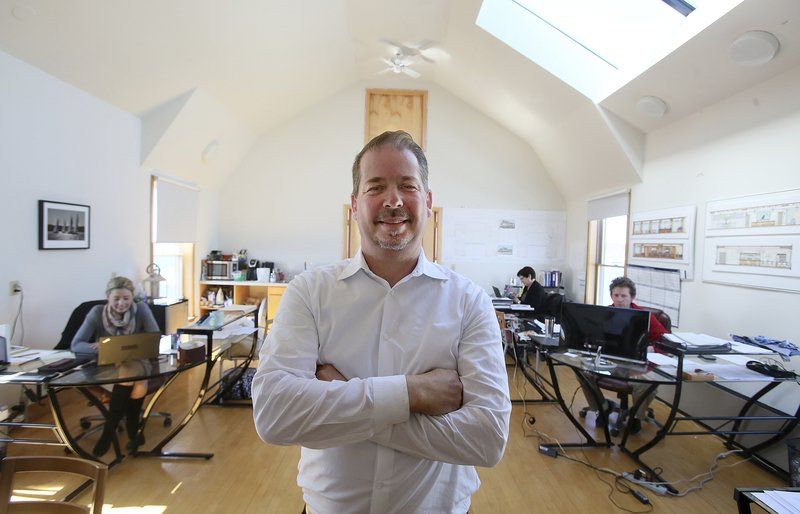 MIKE SPRINGER/Staff photo A worker paints an ocean-view guest room Tuesday on the third floor of the Beauport Gloucester Hotel.

Put a star on your calendar next to May 27.

That Friday will mark the dawn of this year’s Memorial Day weekend, the unofficial start to the summer tourism season, and the aggressive, working target date for the opening of the Beauport Hotel Gloucester on Commercial Street and the city’s waterfront.

Sheree Zizik, local managing partner for developer Beauport Gloucester LLC, and Lee Dellicker, the CEO of Windover Construction and the project’s chief contractor, both say that early June may be more realistic as the opening date for what has emerged as a 94-room hotel with a restaurant, ballroom and other amenities.

“We are going to open sometime in June,” Dellicker said emphatically in a phone interview. “Our scheduled completion has always been the end of June, with the hope that it might be able to go sooner. But Sheree and I remain optimistic that we’ll get an early opening. May 27 is our target date.”

Zizik, who has spent much of the winter in Florida and is due back in Gloucester next week as the project heads for the finish line, said the opening is on pace.

Preparations at the hotel — expected to cost in the neighborhood of $40 million as the project nears completion, Zizik said — have included the hiring of a management team headed by general manager Ray Johnston. He, in turn, said the new hotel has been busy booking weddings and other reservations. The first wedding at the hotel is confirmed for Saturday, July 2, Johnston said.

Johnston — previously the head of Vinwood Caterers, who worked extensively with Zizik at Cruiseport — said Beauport Gloucester is in the process of hiring 150 full- and part-time employees for the hotel. He noted the company has participated in one job fair and will be part of others planned for April at the Elks at Bass Rocks and at Boston’s Newbury College. He and Zizik have said the overall company, including Cruiseport Gloucester, expects to employ up to 300 people during the summer seasons.

Ken Riehl, CEO of the Cape Ann Chamber of Commerce, said Tuesday the approach of the hotel’s opening will not be the only boost for Gloucester and Cape Ann’s job market. He noted that Anthony Caturano, who is opening his new restaurant Tonno in the old Blackburn Tavern building at the west end of Main Street, cited its proximity to the new hotel as a key to his location.

Riehl said he and the chamber have also spoken with businesses eyeing other Main Street spaces due, in part, to the hotel’s pending opening just a few short hops from St. Peter’s Square.

“Everybody believes the hotel is going to be a driving economic factor here, certainly as it opens up and in the years to come,” Riehl said.

“We like to say we are the hotel’s and the hotel’s visitors’ gateway to Cape Ann,” he said, noting the Beauport is adjacent to the chamber offices. “Gloucester and Main Street will directly benefit, but I believe all of Cape Ann will be positively impacted by the hotel and the visitors it brings.”

Extensive work continued on the hotel site Tuesday morning, with workers hoisted by a crane working on the top floor’s exterior on the Commercial Street side of the building and others adding some finishing touches to rooms within the building’s exterior.

Told that it appeared as if work had slowed in recent months, Dellicker chuckled, essentially saying all is not as it seems.

“We have between 240 to 320 (workers) on the scene every day (Monday through Friday),” he said, “and we have a pretty good contingent there on Saturdays.

“This is, and has been, no different than any other construction project,” he said, “in that sometimes you see big things happening quickly, and at other times, it looks like things are sitting. The truth is, there’s a lot of interior work going on that people can’t see, and that’s been the case here.

“The building has been tight, weather-tight, for some time, and at that point, we did let it sit a little bit,” he added. “But in spite of many delays we had at the beginning of the project — between site work and the terrible last winter we had — we are right on schedule and everything is going very well.”

The target date means the construction would be completed in 18 months from its Nov. 14. 2014, groundbreaking on the site of the defunct Birdseye industrial food processing plant. The project was approved by the city after some contentious hearings in 2012, and initially pegged at a cost of up to $25 million. It is being developed by New Balance owner Jim Davis, a part-time Gloucester resident, and Zizik, who are also partners in Cruiseport Gloucester, which opened in 2007.

Dellicker conceded there is still some significant work going forward.

“We’ve been adding shingles and outside carpentry work,” he said. “Inside, the trim is going up and the carpeting is going in (the rooms) beginning with the top floor. You build from the ground up, and as you finish, you finish from the top down. So we’re working our way down. The wood trim is just about all done, the bathroom tiles ... we’re putting finishing touches on the rooms.”

One element not yet in place, however, is the ground-floor administration office. Johnston and his 12-person management team are working in a nearby building the company also acquired, just up the nearby hill at Fort Square.

“I can look out right out and see all the work going on,” said Johnston. “I can tell it won’t be long now.”

Staff writer Ray Lamont can be reached at 978-675-2705, or via email at rlamont@gloucestertimes.com.