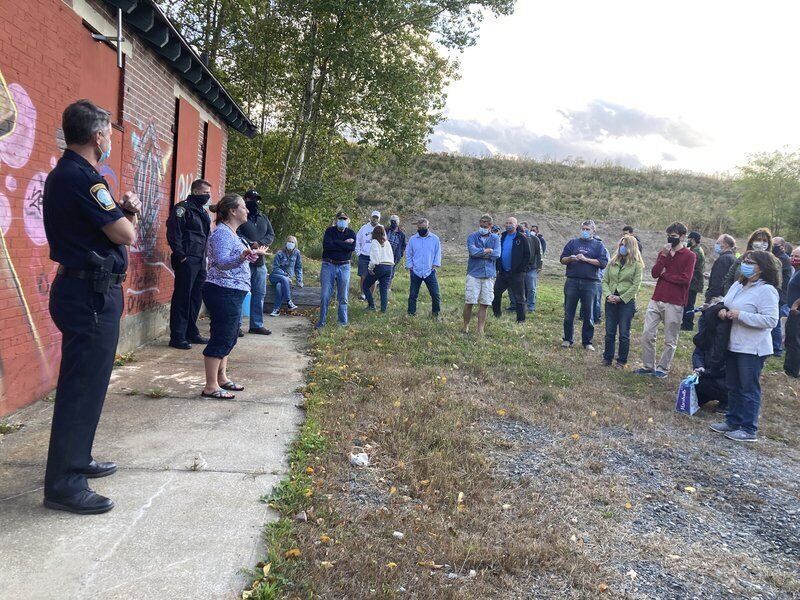 Taylor Ann Bradford/Staff file photo/Police Chief Ed Conley, along with City Councilors Melissa Cox and Sean Nolan, met with residents at the West Gloucester Shooting Range in October to answer questions about new rules governing the range and its operation. A public hearing on those new rules was held Tuesday evening. 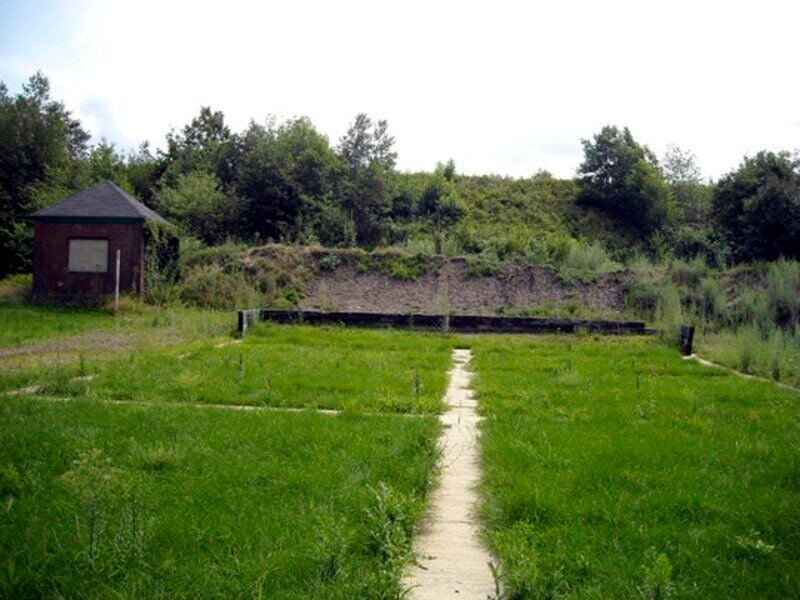 Richard Gaines/Staff file photo/Gloucester police Chief Ed Conley said use of the West Gloucester firing range for police training will save the city $50,000 in overtime and travel costs a year.

Taylor Ann Bradford/Staff file photo/Police Chief Ed Conley, along with City Councilors Melissa Cox and Sean Nolan, met with residents at the West Gloucester Shooting Range in October to answer questions about new rules governing the range and its operation. A public hearing on those new rules was held Tuesday evening.

Richard Gaines/Staff file photo/Gloucester police Chief Ed Conley said use of the West Gloucester firing range for police training will save the city $50,000 in overtime and travel costs a year.

Nubar Alexanian has lived in Gloucester almost his entire life.

The firing range of which Alexanian is adamant he can’t live alongside is behind West Gloucester’s Haskell Pond off of Forest Lane. And he isn’t alone.

Almost 20 of the more than 40 people who logged onto City Council’s Tuesday night meeting spoke in opposition of the amended ordinance that allows the area behind Haskell Pond to be used as a shooting range by the Gloucester Police Department. The range had been used by police before its use was suspended for several years then reinstated in late April.

For Alexanian and many others, Haskell Pond has been a “magnet area for hiking, running, mountain biking, dog walking, birding and (truck club) Mass Mudders with a wide network of marked and beautifully maintained trails.”

He noted several safety concerns: the range is in an area that sees a lot of recreational use but is not fenced or enclosed, there is no cell service, and there has been unauthorized use of the range.

Noise levels are also a concern, Alexanian noted, as approximately 300 households in the area are affected by the gunfire.

“There is no escaping the noise,” he said.

Other neighbors emphasized how the noise is disturbing their "new normal" as they learn and work from home, garden, and raise their families in what they thought was a peaceful neighborhood.

Charles Crowley said he resigned from his position on Open Space Committee "over frustrations like this exact issue."

"Why do we have to do what we always do in Gloucester, which is take one step forward and two steps back?" Crowley asked. "Stop and look at this and reassess."

Elise Smith of Cedar Rock Gardens told the council that the noise of gunshots is sure to disrupt her business at 299 Concord St.

"It will affect our business and how people feel when they come shop with us," she said.

Heidi Wakeman of the Open Spaces Committee logged on to note that the committee would be taking up this issue at future meetings.

The lone voice in favor of the range was a former Marine.

“I understand how important marksmanship is,” Timothy Sova said. “It is a perishable skill and I believe that it is something that police officers in Gloucester should have the ability to continuously train on.”

Police chief Ed Conley dealt with a similar situation in the not too distant past when as neighboring Manchester's police chief he'll looked to reinstate the town range.

Conley found that use of the Manchester range had been suspended for similar reasons to those that lead to the West Gloucester range being nixed in 2009.

“It was overused, it was abused, and it had a big impact,” he said. “It required me to take a whole look at their operations and I did and I set in place a lot of standard operating procedures. I made promises to the neighbors of what it would be used for, and to this day that is still the case.”

“I have no intention of opening up this range to outside agencies,” Conley added. “That is not how I want this range used.”

He clarified that police may have instructors from outside agencies come teach their instructors prior to them teaching local police officers, but that is it.

Each of the Gloucester Police Department's 74 sworn active sworn officers and three retirees is expected to shoot 1,000 bullets over the course of their twice-a-year qualification sessions. Each officer will be required to qualify with a pistol, side arm, shotgun, and patrol rifle.

The bullets used for qualification at the West Gloucester shooting range do not contain lead, Conley confirmed.

The reason for not going elsewhere to qualify officers, Conley said, is to have “control of our own area.”

Having its own shooting range will allow the Police Department to control costs and better manage officers' hours.

“There would be so many variables out of my control,” Conley said.  Traveling to another range would require the department to pay travel time overtime, extra overtime for instructors and reimburse officers for round-trip mileage. He said it would cost the city $50,000 to transport and qualify officers at Fort Devens, an hour away.

“I believe that the range as it is set up now can be totally safe for our officers to qualify on and still be here under our community control,” Councilor Barry Pett said. “I believe that with the assurances that the chief has given us I would support him running a totally safe facility.”

No action was taken on the new ordinance by the council Tuesday night.

Under the new ordinance, the use of the range is limited to firearms training for active and retired members of the Gloucester Police Department.

The range is open from May 1 to Nov. 1 and every Wednesday between those dates.

Biannual state-mandated training shall take place during the first 15 days each of May and October.

Hours are restricted to 9 a.m. to 4 p.m. except for “specific low-light training which will be conducted no later than 10 p.m. on those specific days.”

No shooting is allowed on Saturday, Sunday, or any state-recognized holiday.

The ordinance change was due to the state now requiring every police officer to qualify, at minimum, twice a year on every type of weapon the department has.