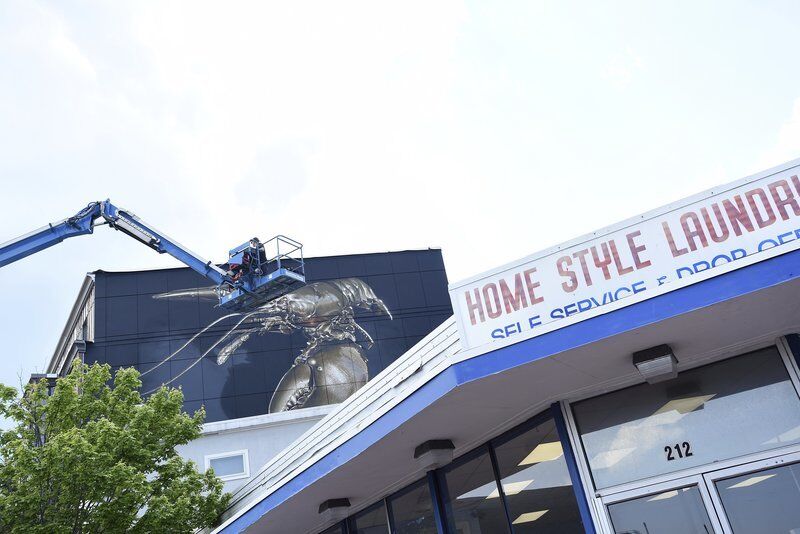 PAUL BILODEAU/Staff photo. Artist JEKS (Brian Lewis) rises on a cherry picker to work on his mural at the new Harbor Village apartments, high above Main Street in Gloucester. 6/8/21 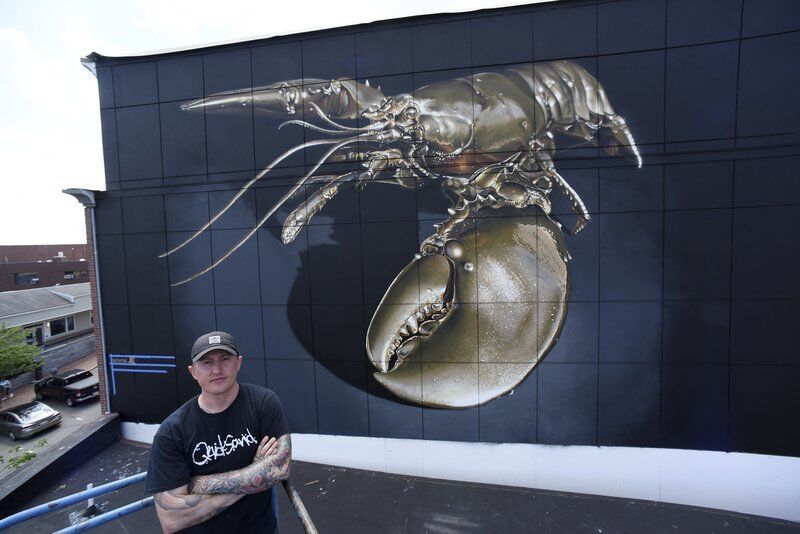 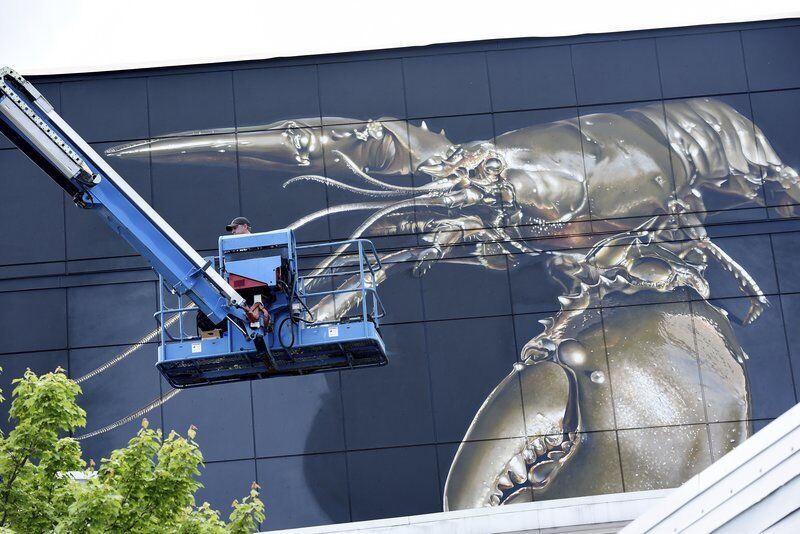 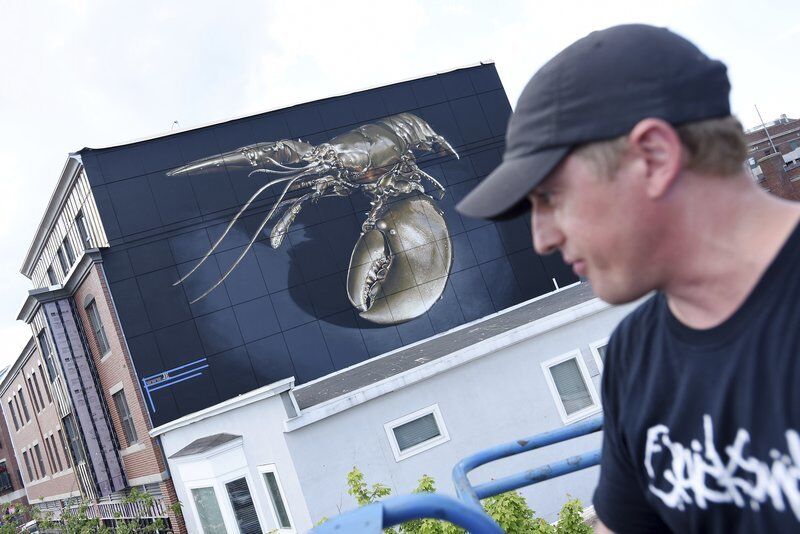 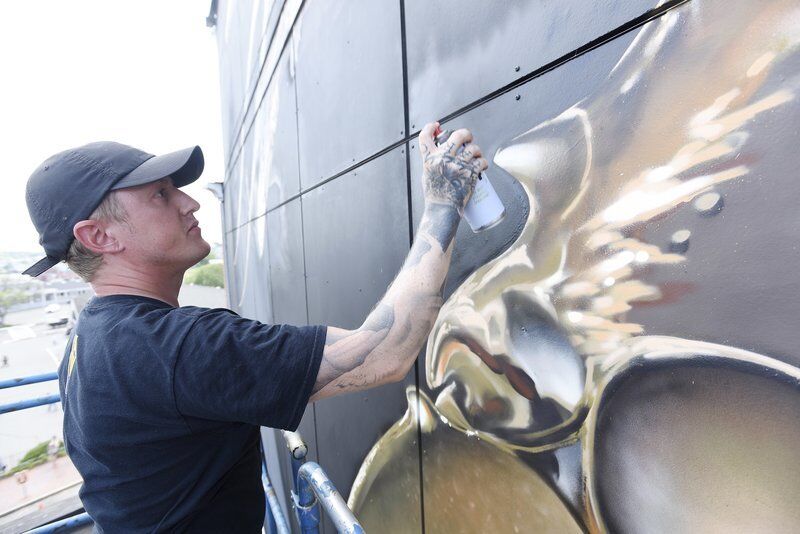 PAUL BILODEAU/Staff photo. Artist JEKS (Brian Lewis) rises on a cherry picker to work on his mural at the new Harbor Village apartments, high above Main Street in Gloucester. 6/8/21

You read right: a magnificent golden lobster juxtaposed on a black backdrop now graces the side of Harbor Village, the new affordable housing building at 206 Main St.

The mural was made possible through a partnership between Action Inc., North Shore Community Development Coalition and North Carolina-based artist JEKS.

Prior to making his way over the bridge, JEKS' work has taken him all over. The artist — real name Brian Lewis — has painted hundreds of walls across the United States as well as in Colombia and Canada. His work, which can be found at jeksone.com, ranges from murals to portraits and canvases.

When he was approached about the possibility of painting a mural in seaside Gloucester, JEKS— who admits to being an ocean fanatic —dove at the opportunity.

As he was fishing for ideas of what to paint, JEKS received input from community outreach meetings — where the consensus was the mural should feature a lobster.

Anyone who knows anything about the crustaceans knows that gold is not in their usual color palette. JEKS knew this and took the challenge of finding the perfect reference.

"I was at the beach taking a week off when I went and bought a frozen lobster," he explained. "I thawed it out and spray painted it gold."

JEKS explained that his girlfriend helped him tie strings to it and hang it to get the perfect angle.

"That is how I came up with the actual image," he said.

The painting process took JEKS six days with a crane and cherry picker. He use latex-based spray paint and an UV rain coating.

"His talent was a great fit," said Peggy Hegarty-Steck, Action's executive director. "The big thing is the new building, new housing, new storefronts. It was just this great opportunity to do something more on Main Street and I think the mural adds personality."

"It gives a nod to who we are and what the community is all about," she added.

When it comes to landing Atlantic lobster, Massachusetts is only behind Maine, and the most lobster landed in the state is landed in Gloucester.

North Shore Community Development Coalition and Action Inc. now are working with Gloucester400 to find a local artist to complete a mural on the other side of the building.

Staff Writer Taylor Ann Bradford may be contacted at 978-675-2705, tbradford@gloucestertimes.com or on Twitter at TayBradford97.

In Memoriam In Loving Memory o...

Country living at its finest in bucolic Wenham