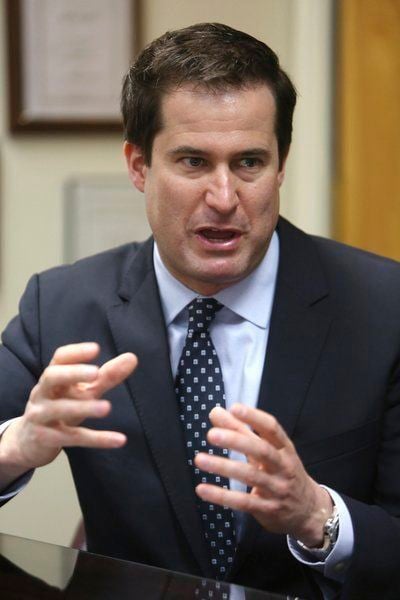 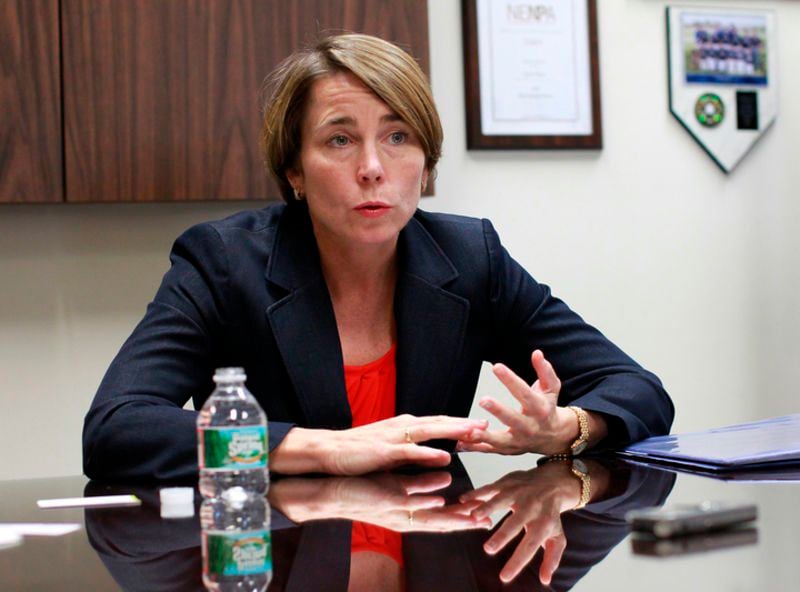 File photoState Attorney General Maura Healey says that a North Shore company has been issued a cease-and-desist order for consumer scams associated with the COVID-19 pandemi.

File photoState Attorney General Maura Healey says that a North Shore company has been issued a cease-and-desist order for consumer scams associated with the COVID-19 pandemi.

SALEM— U.S. Rep. Seth Moulton moderated questions from viewers to Attorney General Maura Healey during a Wednesday Facebook Live event on cybersecurity and scams amid the coronavirus pandemic, including one alleged scam tied to the North Shore.

"We have also seen people, this is pretty sick," said Healey, a Democrat, "who have been putting online things like a coronavirus treatment or cure or vaccine. There is actually a company on the North Shore that had a social media post about some special anti-coronavirus vitamin, right?"

"With that, you know, we sent them a cease and desist letter and they took it down immediately," said Healey, who did not name the business. "I just really want to warn people, as we go forward, that this activity is out there."

"Gosh," Moulton said a little while later, "a company in Massachusetts should not be talking about a vitamin and saying it cures coronavirus when it doesn't. But that's not even half as bad as telling people (to) ingest bleach and Lysol or whatever. We heard calls to poison control companies went up just as soon as the president said that crazy stuff."

Moulton was referring to musing made by President Donald Trump last week about the possibility of injecting disinfectants as a cure for COVID-19.

Moulton, a Democrat, said one of the things scammers are trying to do is take advantage of the fact that people are tied to their computers while working at home and counting on apps like Zoom, FaceTime calls on iPhones and other technology to stay connected.

"Hackers know this," Moulton said. "Just yesterday, DHS (the Department of Homeland Security) warned about the risk of hackers taking advantage of unpatched vulnerabilities in Zoom as it scales up to meet demand." Moulton said he was not trying to knock Zoom, but that hackers and foreign intelligence agencies were out there trying to exploit its vulnerabilities.

A viewer named Sally asked Healey if scams had increased due to the coronavirus crisis.

"Sadly, we are seeing a lot of scam activity," Healey said. That's especially true in times of crisis when scammers try to exploit people's anxiety and fear, she added.

Healey's office has seen texts and emails to small business owners pretending to be from the federal government, asking for information to help them get stimulus money. Sometimes these emails even charge a fee.

"These are scams," Healey said. "People need to be aware of that."

Healey also described a recent text scam aimed at Spanish speakers encouraging recipients to click a link to gain access to a $877 coupon, and in the process, scammers would get that person's information.

Healey also addressed vulnerabilities with the Zoom video conference app, including reports of "Zoom bombing" in which someone hijacks a meeting with offensive material or images. On the heels of the New York Attorney General's office leading an investigation and Healey's office looking at Zoom, Healey said Zoom has taken actions to better protect its users.

Healey said other products out there that are more secure such as Webex and Microsoft Teams.

She suggested Zoom users not make meetings public and keep them confined to their email list. Also, users should require a meeting password and use the waiting room feature to control who is admitted.

Healey said if people are concerned about coronavirus scams, they should go to her website, mass.gov/ago, where there are a number of ways to contact her office.

Ethan Forman may be contacted at eforman@gloucestertimes.com