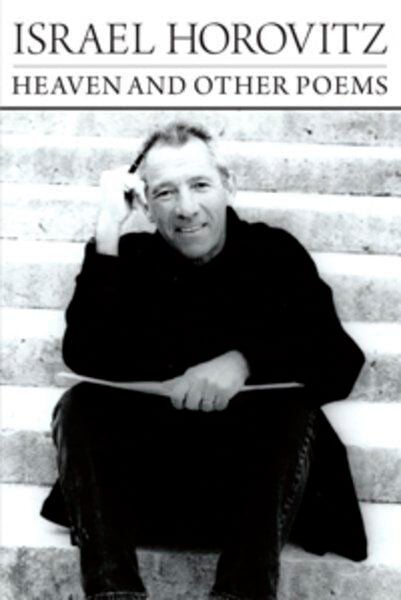 The cover of Israel Horovitz’s “Heaven and Other Poems,” published in 2015. 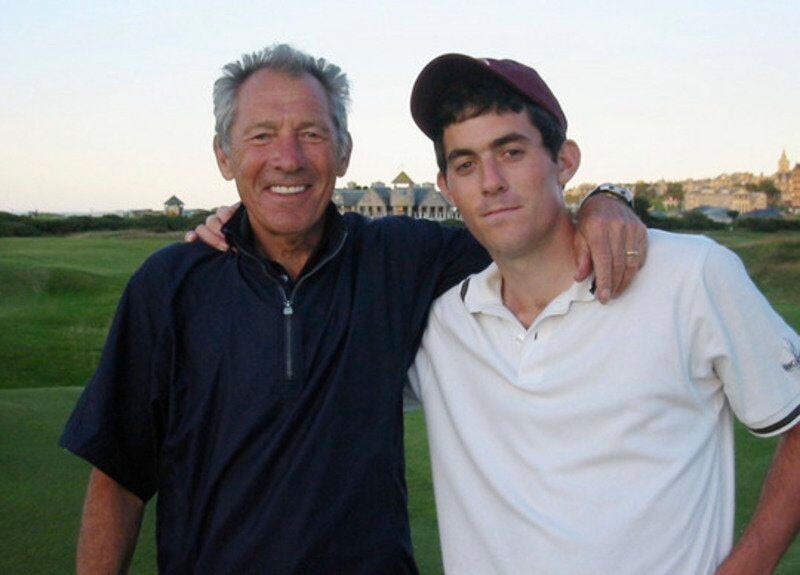 Courtesy PhotoIsrael Horovitz wrote a monlogue that became a documentary about the 9/11 attacks. His son Oliverwas student at Stuyvesant High School just across the street from the World Trade Center and for three hours after the attacks, the playwright didn’t know if Oliver was dead or alive. 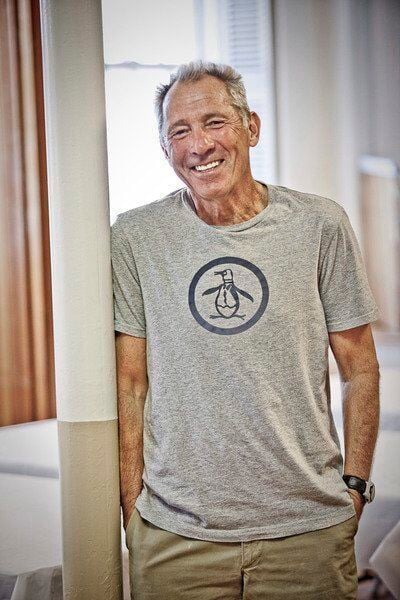 Staff file photo Playwright Israel Horovitz, a founder of Gloucester Stage Company, has died. he was 81. 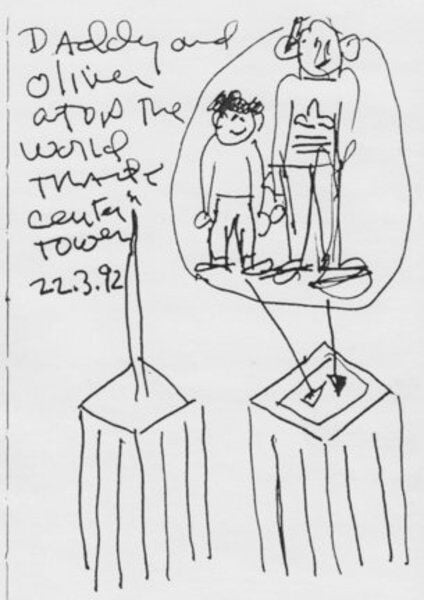 A drawing from Israel Horovitz’s notebook of he and son Oliver after visit to top of World Trade Center in 1992. 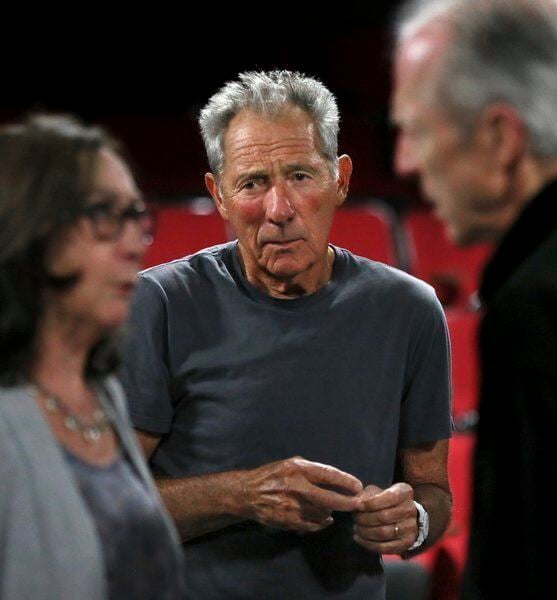 MIKE SPRINGER/Staff file photo/Israel Horovitz watches as actors Sandra Shipley and Will Lyman rehearse a scene during rehearsals for the world premiere of “Man in Snow,” at Gloucester Stage. 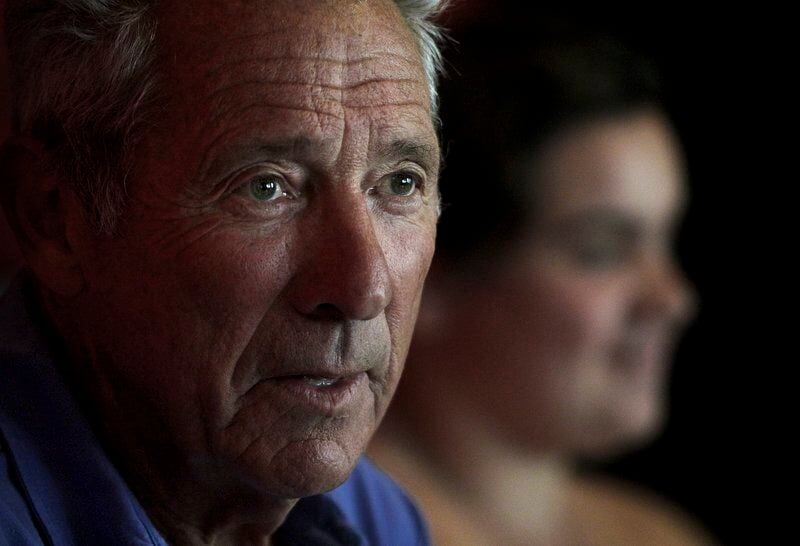 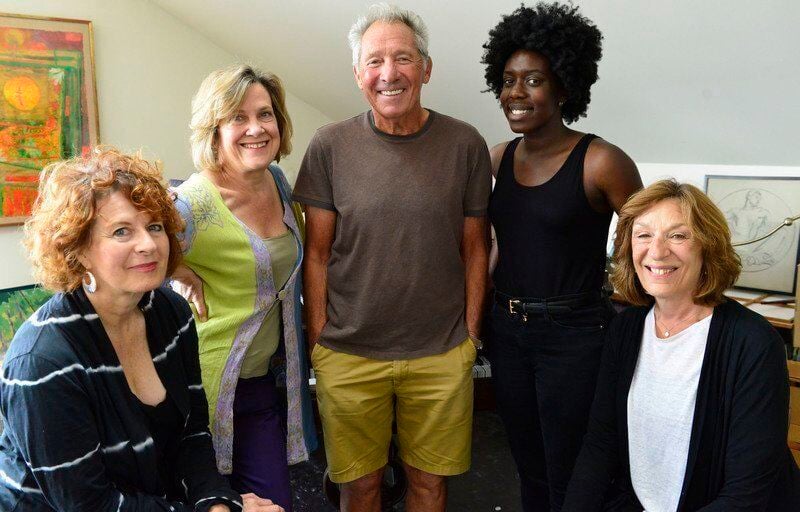 Israel Horovitz, center, is pictured with the cast of  his play “Out of the Mouths of Babes,” from left, Paula Plum, Debra Wise, Obehi Janice and Sarah Hickler.

The cover of Israel Horovitz’s “Heaven and Other Poems,” published in 2015.

Courtesy PhotoIsrael Horovitz wrote a monlogue that became a documentary about the 9/11 attacks. His son Oliverwas student at Stuyvesant High School just across the street from the World Trade Center and for three hours after the attacks, the playwright didn’t know if Oliver was dead or alive.

Staff file photo Playwright Israel Horovitz, a founder of Gloucester Stage Company, has died. he was 81.

A drawing from Israel Horovitz’s notebook of he and son Oliver after visit to top of World Trade Center in 1992.

MIKE SPRINGER/Staff file photo/Israel Horovitz watches as actors Sandra Shipley and Will Lyman rehearse a scene during rehearsals for the world premiere of “Man in Snow,” at Gloucester Stage.

Israel Horovitz, center, is pictured with the cast of  his play “Out of the Mouths of Babes,” from left, Paula Plum, Debra Wise, Obehi Janice and Sarah Hickler.

The life of Gloucester playwright Israel Horovitz in some ways was as dramatic as the more than 70 plays he wrote in his lifetime of creative achievements.

The award-winning playwright died Nov. 9 at age 81. He divided his time between New York City and Gloucester, a place where he found inspiration and was the founding artistic director of Gloucester Stage Company, and Europe when working on productions.

Horovitz came from humble beginnings, the son of a Wakefield truck driver who told his son to become a postal carrier because it was a steady job.

But Horovitz’s journey could not have been more divergent.

His works have been translated into 30 languages and performed around the globe. He holds the record for longest running Off-Broadway play — “Line” opened at 13th Street Repertory Theater in 1974 and was still running more than 40 years later. That same play, translated into French, held a record in France with its run of 30-plus years.

The playwright is known for works that reveal humanity at its best and worst, and always infused with moments of humor.

In 1966, his one-act play “The Indian Wants the Bronx” premiered starring a young Al Pacino and John Cazale at the Eugene O’Neill theater in Connecticut. He wrote a series of Gloucester-based plays, including “North Shore Fish,” “Sins of the Mother” and “Gloucester Blue,” among dozens of others like “Park Your Car in Harvard Yard.”

At the time of the Sept. 11 attacks on the World Trade Center, he was sipping a cup of coffee when he heard a jet fly a few hundred feet over the roof of his home in downtown Manhattan. In the wake of the terror attack’s devastation, he penned the two-act play “After Paradise,” which grew out of an autobiographical monologue, “3 Weeks After Paradise.” That monologue later became the basis of the award-winning documentary of the same name, which was first broadcast on the Bravo Network on Sept, 11, 2002, to commemorate the first anniversary of the attacks. Not long after, residents packed Gloucester City Hall to see the film, which has now been translated into more than 20 languages.

In 2012, he was named a Commander of the Order of Arts and Letters by the French government, the highest honor bestowed upon foreign artists. Horovitz holds the record as the most-produced American playwright in France.

A few years later, at the age of 75, he made his directorial debut with the film version of his play “My Old Lady.” Its A-List cast featured Academy Award-winning actors Dame Maggie Smith and Kevin Kline, and Academy Award nominee Kristin Scott Thomas .

In 2017, his life changed forever when the New York Times published an expose about nine women who accused the playwright of sexual misconduct. Not long after, he relinquished all ties to the Gloucester Stage Company, where he served as artistic director for decades.

There was no response to Gloucester Daily Times inquiries Thursday from actors and directors he worked with at Gloucester Stage, but a Gloucester Stage press release stated that the theater company “acknowledges that accusations of sexual harassment led to Horovitz’s separation from the organization.” The statement further noted that the theater would invest in women playwrights and create a residency program that is a “safe harbor for new playwrights.”

“Israel Horovitz’s dedication to socially relevant and intellectually stimulating theater was the cornerstone of Gloucester Stage Company’s first 40 years. That concept will live on, through new voices, for the next 40 more,” according to the press release.

Geoffrey Richon, who along with Denny Blodgett, founded Gloucester Stage, did share some comments about the playwright.

“I have a feeling of loss and sadness. I was very fond of Israel, and we have been associated for more than 40 years,” he said. “We hooked up with Israel because he was the local playwright, and the rest is history. I also was the one to go talk to Israel about the situation that was created a few years ago.”

Richon kept in touch with the playwright he described as a “creative genius.”

“He was for the most part exciting to work around,” he said. “The Gloucester Stage Company is one of the longest running regional theaters of its kind, and the reason it survived this long is because of Israel Horovitz.”

But Richon also noted that there is nothing to respect about the behavior that led to Horovitz’s departure from Gloucester Stage. He acknowledged that his own relationship with the playwright had its ups and downs, but looking at his legacy, he said, to a great degree Horovitz contributed to the greater community of Cape Ann.

The playwright’s family has decades of memories of summers in Gloucester going back to around 1974. These were days filled with time at summer camp, Good Harbor Beach and local eateries, from Sailor Stan’s to Charlie’s Place.

“He loved Gloucester. It was his paradise,” said his son, Matthew Horovitz, a television producer. “I have a million memories of him as a dad in Gloucester, from getting us off to day camp and cooking dinners.”

In interviews with two of his children, they recalled how he loved being near the ocean and running around the seaside city, especially out to the Dog Bar breakwater.

“He loved the people and he loved founding a theater company that he felt benefited both himself and the community. It was a way for him to workshop his own work and bring the work of important new American playwrights to this small city that he loved, away from the centers of New York City and Los Angeles,” said Matthew Horovitz. “He loved the daily life of Gloucester, every little nook and cranny, and he wrote about Gloucester ad nauseum.”

He remembered how his father delved into the furnishing of the home he ultimately bought in East Gloucester.

“He decorated it like a madman. He got on his hands and knees to paint kitchen tiles white and green. I don’t know why but that was his big project. I think he and Gillian had a decorating sensibility which merged toward British and French with art deco. His writing office in Gloucester is a time capsule, so filled with his love for Gloucester Stage.”

Matthew Horovitz, 57, said many of his father’s works are timeless in how they are evocative of human behavior. He described “The Indian Wants the Bronx,” as a dissection of American bigotry and violence that remains relevant today.

“In fact, I had a discussion with my dad this week, four days ago, about Martin Scorsese movies. He seems mild mannered but he’s constantly going back to these violent tough guys in his films. My dad’s response was that artists frequently return to what scared them as children,” Matthew Horovitz related.

He also commented on the French audience’s affinity for his father’s work.

“I think it was the dark provocative nature of his plays that resonated with the French,” Matthew Horovitz said. “It was not the Neil Simon happy endings or cheery musicals. He was part of an avant garde that rejected Broadway. They were writing harsh, critical exposés of American life that rejected the paradigms of Broadway success.”

Oliver Horovitz, 34, knows all his father’s plays and will cherish those moments in theaters watching the audience engrossed in the work. He will cherish the countless golf games they played together starting when he was 9. This week, he has received calls from high school friends who learned about his father’s death and wanted to express their condolences. The playwright had opened up his home to the students in search of shelter during the chaos of 9/11.

“They said they will never forget how kind and generous he was on Sept. 11, a day that bonded us together,” he said.

Also not forgotten will be the playwright’s theatrical legacy.

“Horovitz’s artistic contributions to the national theater landscape and the local culture of Cape Ann are both nuanced and profound,” stated the official Gloucester Stage press release.

It also quoted the playwright: “Art has no answers, only better questions.”

Due to an editor's error, the original headline on this story, published only in the print edition, listed an incorrect age for Israel Horovitz.