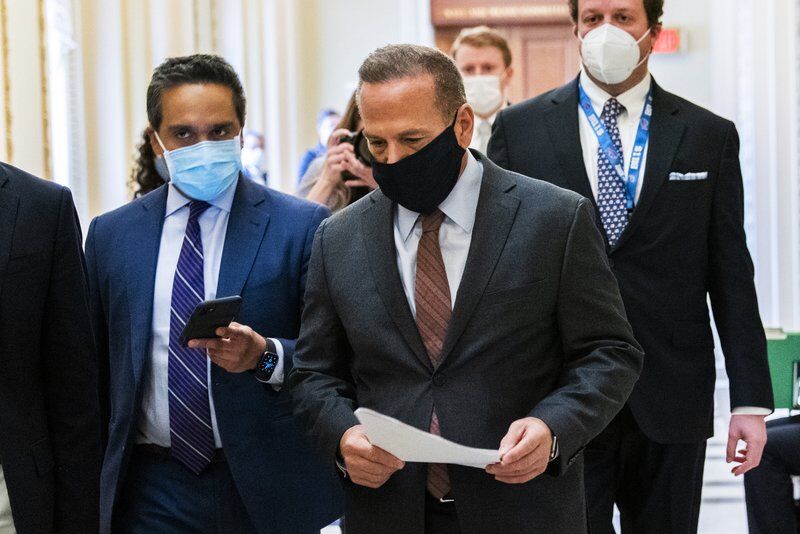 Rep. David Cicilline, D-R.I., is followed by reporters as he walks outside the House Chamber at the Capitol, Monday, Jan. 11, 2021, in Washington. (AP Photo/Manuel Balce Ceneta) 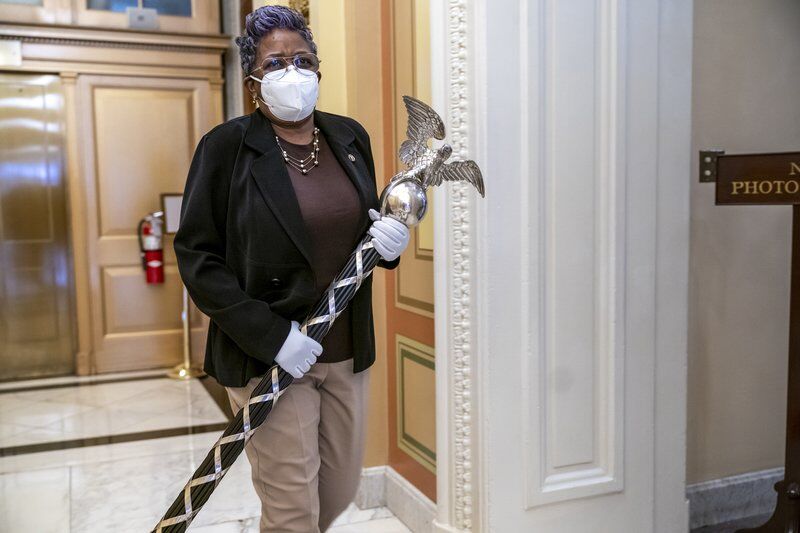 The mace of the House of Representatives is carried into the chamber by Joyce Hamlett, the assistant sergeant at arms, as the House returns following last week's deadly assault on the U.S. Capitol, at the Capitol in Washington, Monday, Jan. 11, 2021. (AP Photo/J. Scott Applewhite) 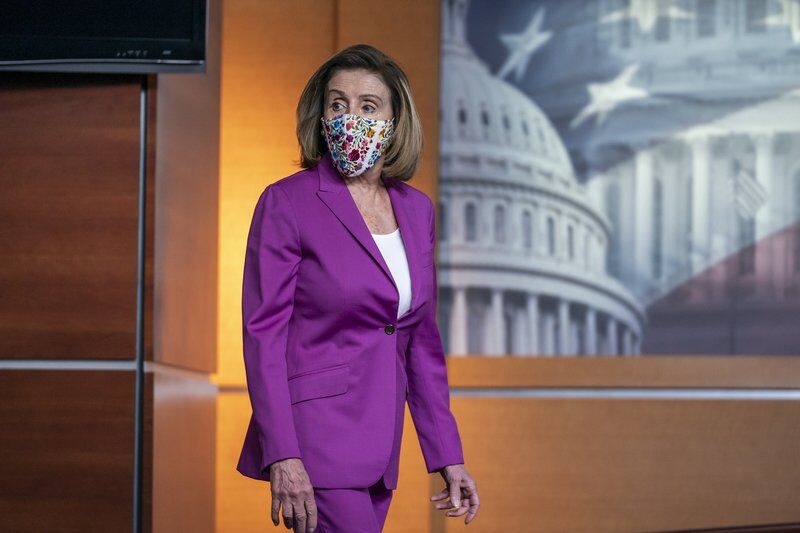 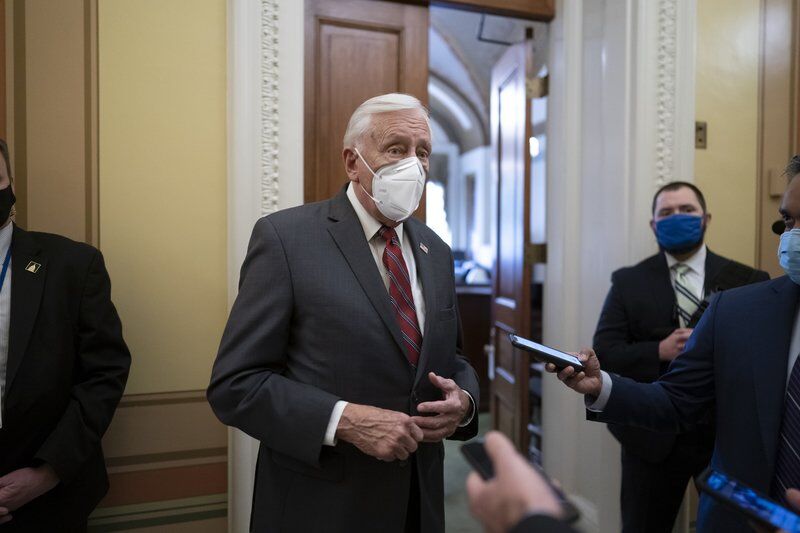 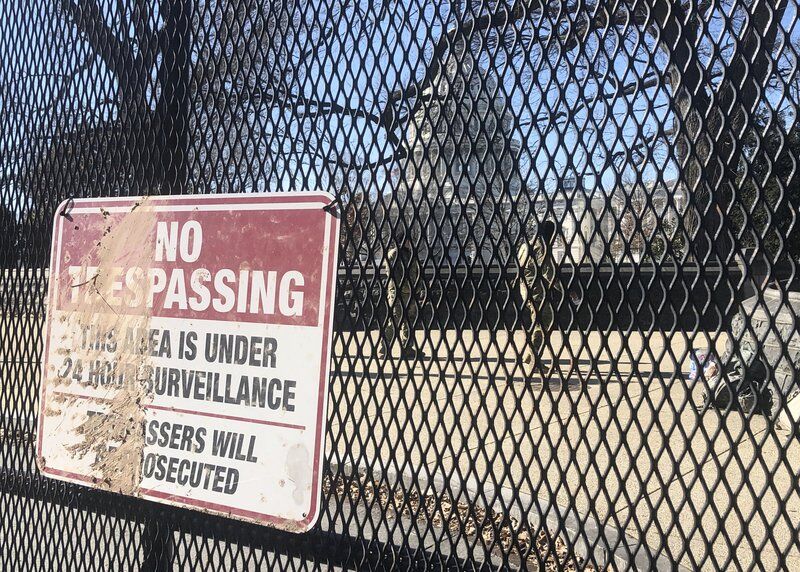 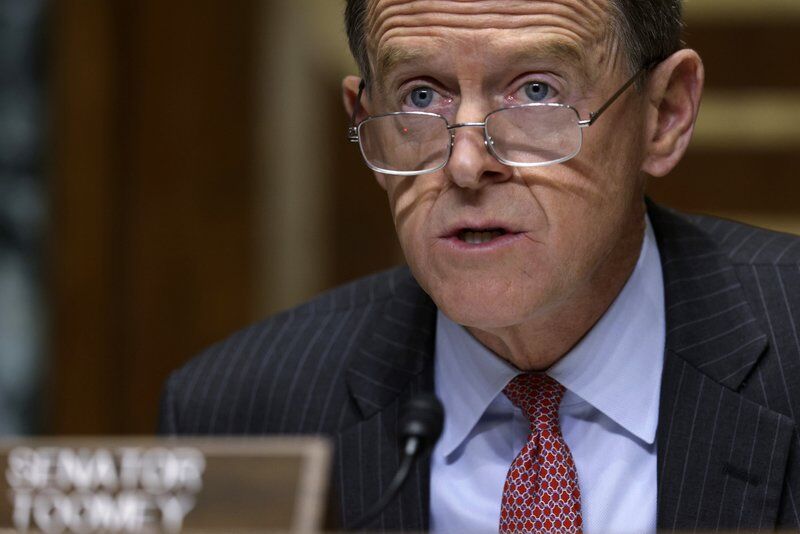 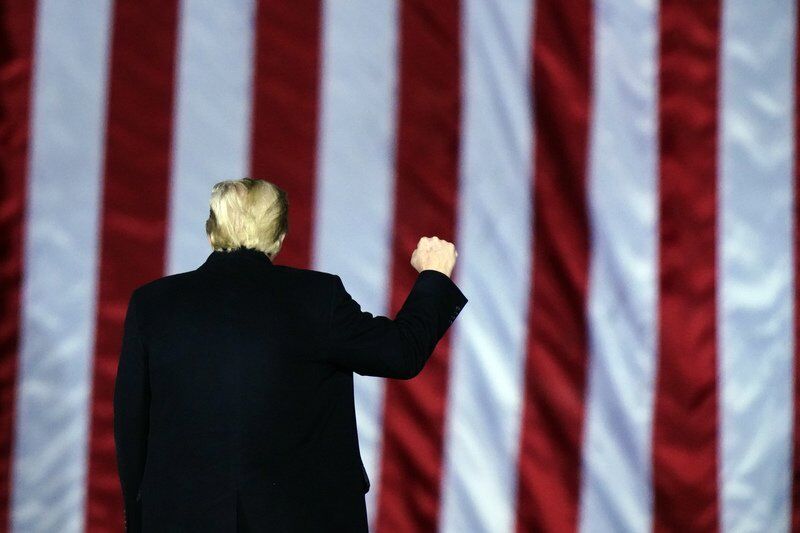 Rep. David Cicilline, D-R.I., is followed by reporters as he walks outside the House Chamber at the Capitol, Monday, Jan. 11, 2021, in Washington. (AP Photo/Manuel Balce Ceneta)

The mace of the House of Representatives is carried into the chamber by Joyce Hamlett, the assistant sergeant at arms, as the House returns following last week's deadly assault on the U.S. Capitol, at the Capitol in Washington, Monday, Jan. 11, 2021. (AP Photo/J. Scott Applewhite)

WASHINGTON (AP) — Impeachment pressure mounting, the House worked swiftly Monday to try to oust President Donald Trump from office, pushing the vice president and Cabinet to act first in an extraordinary effort to remove Trump in the final days of his presidency.

Trump faces a single charge — “incitement of insurrection” — in an impeachment resolution that could go to a vote by mid-week. First, Democrats called on Vice President Mike Pence to invoke constitutional authority under the 25th Amendment to remove Trump from office before Jan. 20, when Democrat Joe Biden is to be inaugurated.

It all adds up to stunning final moments for Trump’s presidency as Democrats and a growing number of Republicans declare that he is unfit for office and could do more damage after inciting a mob that ransacked the U.S. Capitol in a deadly siege last Wednesday.

“President Trump gravely endangered the security of the United States and its institutions of Government,” reads the four-page impeachment bill.

“He will remain a threat to national security, democracy, and the Constitution if allowed to remain in office,” it reads.

House Speaker Nancy Pelosi is recalling lawmakers to Washington for votes as more Republicans say it's time for Trump to resign. Republican Sen. Pat Toomey of Pennsylvania, joined GOP Sen. Lisa Murkowski of Alaska over the weekend in calling for Trump to “go away as soon as possible.”

During an interview on “60 Minutes” aired Sunday, Pelosi invoked the Watergate era when Republicans in the Senate told President Richard Nixon, “It’s over.”

“That’s what has to happen now,” she said.

As Congress briefly reopened on Monday, uneasiness swept government. The National Park Service announced it was shutting down public access to the Washington Monument as groups “threaten to disrupt” Biden’s inauguration. More lawmakers tested positive for COVID-19 after sheltering during the siege. And new security officials were quickly installed after the Capitol police chief and others were ousted in fallout from the extraordinary attack on the iconic dome of democracy.

A House resolution calling on Vice President Pence to invoke constitutional authority to remove Trump from office was blocked by Republicans. However, the full House is set to hold a roll call vote on that resolution on Tuesday, and it is expected to pass.

After that, Pelosi said Pence will have 24 hours to respond. Next, the House would proceed to impeachment. A vote could come Wednesday.

Pence has given no indication he is ready to proceed on such a course, which would involve invoking the 25th Amendment to the Constitution with a vote by a majority of the Cabinet to oust Trump before Jan. 20.

House Minority Leader Steny Hoyer, D-Md., offered the resolution during the brief session, and said lawmakers must act to ensure that Trump is “removed from the ability to repeat the seditious action that he took.”

It was blocked by Rep. Alex Mooney, R-W.Va., as other GOP lawmakers stood by him.

Pelosi said the Republicans were enabling Trump's "unhinged, unstable and deranged acts of sedition to continue. Their complicity endangers America, erodes our Democracy, and it must end.”

The impeachment bill from Reps. David Cicilline of Rhode Island, Ted Lieu of California, Jamie Raskin of Maryland and and Jerrold Nadler of New York draws from Trump's own false statements about his election defeat to Biden.

Judges across the country, including some nominated by Trump, have repeatedly dismissed cases challenging the election results, and Attorney General William Barr, a Trump ally, has said there was no sign of widespread fraud.

The impeachment legislation details Trump's pressure on state officials in Georgia to “find” him more votes and his White House rally ahead of the Capitol siege, in which he encouraged thousands of supporters last Wednesday to “fight like hell” and march to the building .

The mob overpowered police, broke through security lines and windows and rampaged through the Capitol, forcing lawmakers to scatter as they were finalizing Biden’s victory over Trump in the Electoral College.

While some have questioned impeaching the president so close to the end of his term, Democrats and others argue he must be held accountable for his actions and prevented from ever again seeking public office. He would be the only president twice impeached.

Republican Sen. Toomey said he doubted impeachment could be done before Biden is inaugurated, even though a growing number of lawmakers say that step is necessary to ensure Trump can never hold elected office again.

“I think the president has disqualified himself from ever, certainly, serving in office again,” Toomey said. “I don’t think he is electable in any way.”

Murkowski, long exasperated with the president, told the Anchorage Daily News on Friday that Trump simply “needs to get out.” A third, Sen. Roy Blunt, R-Mo., did not go that far, but on Sunday he warned Trump to be “very careful” in his final days in office.

On impeachment, House Democrats would likely delay for 100 days sending articles of impeachment to the Senate for trial, to allow Biden to focus on other priorities.

There is precedent for pursuing impeachment after officials leave office. In 1876, during the Ulysses Grant administration, War Secretary William Belknap was impeached by the House the day he resigned, and the Senate convened a trial months later. He was acquitted.

Sen. Marco Rubio, R-Fla., said that instead of coming together, Democrats want to “talk about ridiculous things like ‘Let’s impeach a president’" with just days left in office.

Nebraska Sen. Ben Sasse said he would take a look at any articles that the House sent over. Illinois Rep. Adam Kinzinger, a frequent Trump critic, said he would “vote the right way” if the matter were put in front of him.

While reiterating that he had long viewed Trump as unfit for office, Biden on Friday sidestepped a question about impeachment, saying what Congress did “is for them to decide.”

Cicilline, leader of the House effort to draft impeachment articles, said Sunday that his group had 200-plus co-sponsors.