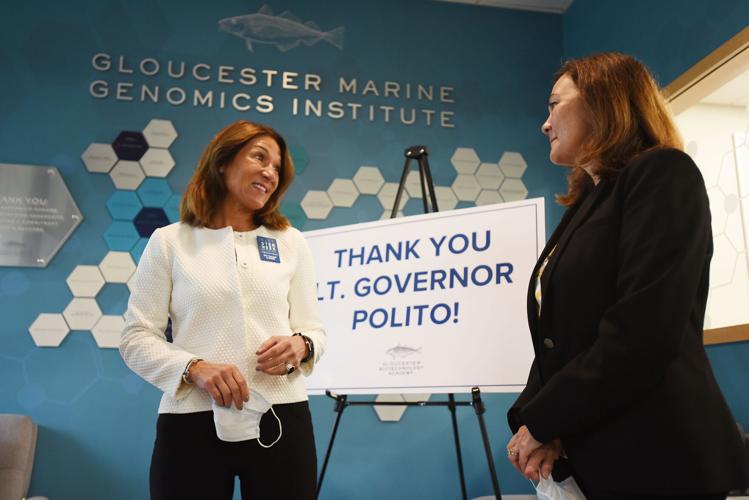 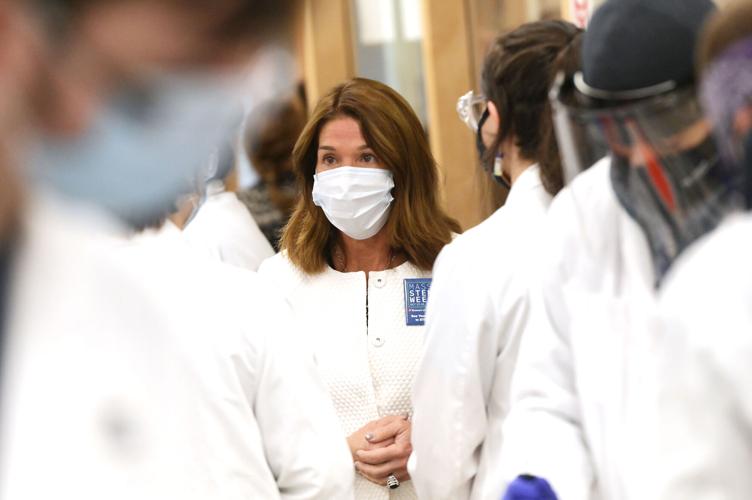 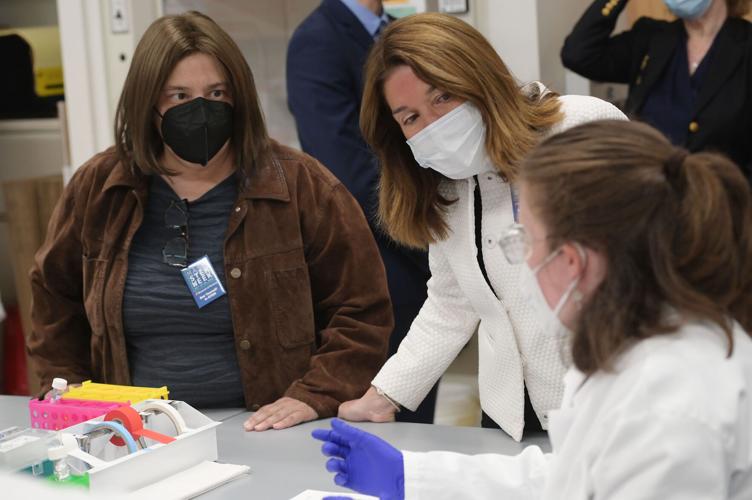 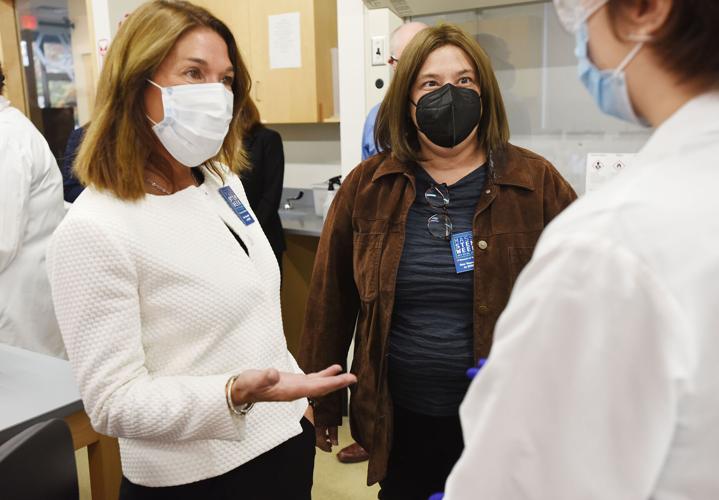 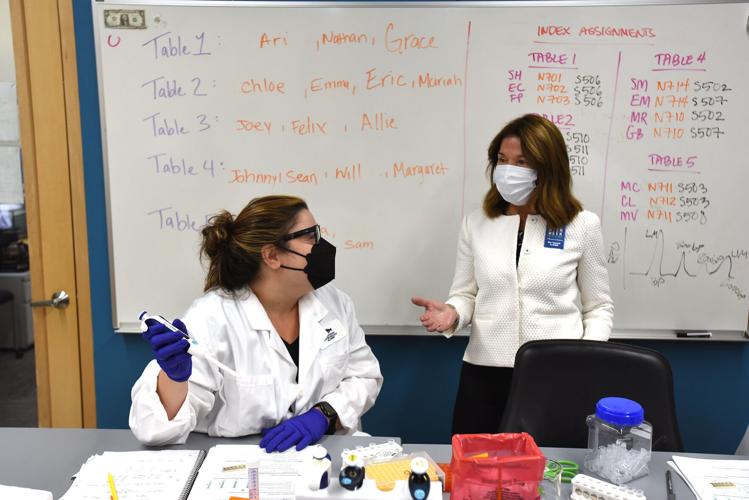 Lt. Gov. Karyn Polito visited the Gloucester Biotechnology Academy on Tuesday morning to celebrate the start of STEM Week and new upgrades to the academy.

It was one of several stops she made on the North Shore in honor of the fifth annual STEM Week, an initiative that aims to inspire young people in Massachusetts to study for careers in science, technology, engineering and math.

“(The biotech academy) has developed an incubator for talent that is particularly important for employers in this region, and also for the life science economy in Massachusetts,” Polito said after a tour of the Gloucester Marine Genomics Institute’s academy Tuesday.

“We know that there are more jobs than people with skills and credentials, and so we need more programs like this,” she said.

The Gloucester Biotechnology Academy has seen 85 graduates walk out its doors since it opened in 2016. It offers a 10-month program to local high school graduates ages 18 to 35 that trains them for careers as entry-level laboratory technicians through classroom, lab and internship experiences.

About 90% of students who graduated from the program during its first four years are working in the biotechnology industry or went on to study science at a college, according to the academy’s website.

The Baker-Polito administration has released about $7.5 million in the last eight years to support the academy, state Rep. Anne-Margaret Ferrante, D-Gloucester, said during Polito’s visit.

It’s programs like these that are helping fill a growing need to fill STEM jobs, Ferrante said.

“This group is really doing their part to make sure that we take the misalignment and get it straightened out,” she said.

The academy is also doing this through its instructor pipeline. Since last fall, it has hired four new instructors that have experience in either teaching or labs, but not both, said John Doyle, the academy’s education director. The new instructors have been working in teams to teach their cohort, Doyle said.

“Our job has been to get them all a blended skill set to have both the teaching and the biotech experience at the bench,” Doyle said. “They’ve been doing a wonderful job.”

“Before we designed the curriculum, we went out to seven different manufacturing companies and asked them, asked their scientists, what do our students need to be proficient in this skill set?” Doyle said. “We took to heart what they said, and so we know that it meets their standards.”

The academy is hosting two cohorts of students simultaneously this year for the first time since its opening.

The second cohort will start classes Nov. 28, while the first group of 17 students having been in full swing since Aug. 22.

Polito spoke to some of these students during her tour, including Grace Brancaleone, a Gloucester resident who graduated from Gloucester High in 2010.

She was working on whitefish DNA in one of the academy’s labs Tuesday morning. She called the program “the best thing she could have ever gotten into.”

“I loved science in school, but I didn’t know how to get to a point where I could do it myself,” Brancaleone said. “When going to college, it can seem very big and scary. This program broke it down in a way that’s very helpful.”

She hopes to work in a research lab to help create medications once she graduates, or do something with biomanufacturing.

“My heart really is in research because there’s so much potential with the technology that we’re learning,” Brancaleone said.

This is the goal of STEM programs around the state, Polito said, and one that is shining at the biotech academy.

“(This program) is a model that can be used elsewhere,” she said.