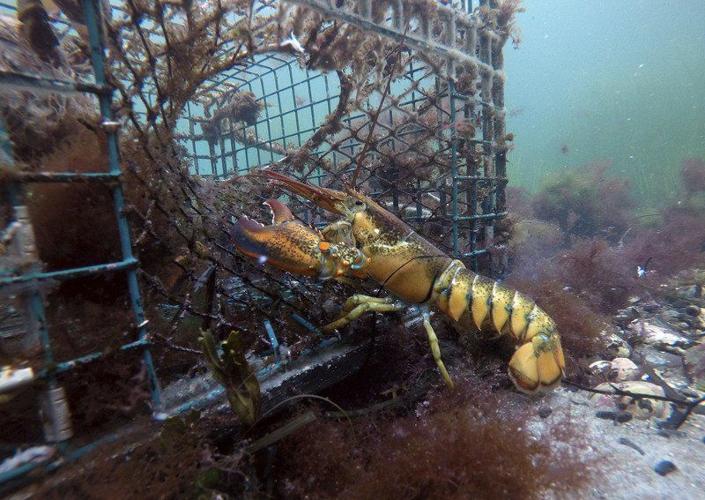 A lobster walks into a lobster trap on the floor of the Atlantic Ocean. An amendment added to the Senate version of the $49.7 billion state budget, approved Thursday, would set up a Lobstering Closure Mitigation Fund through the state's unemployment system with at least $12 million in initial funding. 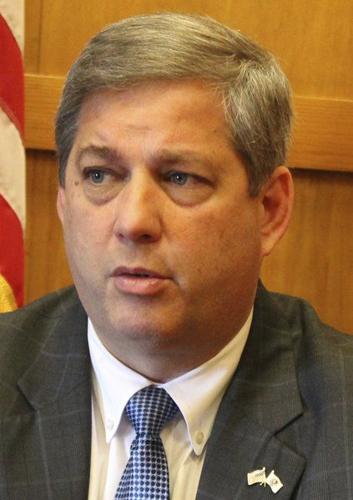 A lobster walks into a lobster trap on the floor of the Atlantic Ocean. An amendment added to the Senate version of the $49.7 billion state budget, approved Thursday, would set up a Lobstering Closure Mitigation Fund through the state's unemployment system with at least $12 million in initial funding.

An amendment added to the Senate version of the $49.7 billion state budget, approved Thursday, would set up a Lobstering Closure Mitigation Fund through the state’s unemployment system with at least $12 million in initial funding.

The amendment was co-sponsored by Sens. Bruce Tarr, R-Gloucester, and Patrick O’Connor, R-Weymouth, who say the move will provide “much needed relief” for the lobster industry.

“It is absolutely critical that we provide relief to the people in this industry which is so important to the commonwealth,” Tarr said. “As the second largest provider of lobster in the nation these workers are needed for another day, another year, and another generation.”

The proposal, if it survives the budget process, would be administered by the state Department of Unemployment Assistance and provide licensed lobstermen with $1 per registered trap, per week, retroactively from February to May, according to Tarr’s office.

The move was praised by commercial fishing groups, who say nothing has been done to mitigate the impacts of closures on lobstermen and their communities. According to NOAA Fisheries’ recently released Fisheries of the United States 2019 report, the top five Massachusetts ports for lobster landings in 2019 were Gloucester, New Bedford, Rockport, Plymouth, and Marshfield.

The Massachusetts Seafood Collective said lobstermen are facing “one of the most onerous regulatory schemes in the industry,” but have been complying with the large closures “out of an abundance” of caution for the whales.

“Our lobstermen are not looking for a handout, but it is critical that we maintain their economic viability as we work together with the government to develop the most cost-effective, least disruptive way in which to ensure the protection of both right whales and our lobstering industry,” the trade group said in a statement.

State fisheries regulators closed more than 9,000 miles of waters in Buzzards Bay, the Nantucket Sound, Cape Cod Bay and the South Shore from February to May to lobstermen as part of efforts to protect the whales that migrate up and down the coast in search of food. The closure has also been extended to state waters off the North Shore, following whale sightings.

Lobster industry officials say it’s the largest fishing closure, by percentage, implemented by any state and has had a major impact on livelihoods.

“Lobstermen aren’t going to work because of these seasonal closures,” said Beth Casoni, executive director of the Massachusetts Lobstermen’s Association. “There’s no money coming in, so this relief money would greatly help them.”

Casoni said lobstermen are also getting hit with inflationary costs such as higher prices for fuel, which is putting an additional squeeze on their businesses.

Meanwhile, new federal regulations that went into effect this month will require lobstermen to make gear modifications to reduce the number of vertical lines in federal waters — including a 950-square-mile section of the Gulf of Maine — that will be off limits to lobstering during the lucrative winter months.

In some locations, the new rules will also require buoyless, or “ropeless,” fishing gear — a new and costly technology that brings lobster traps to the surface using wireless signals.

Environmental regulators say the state and federal protections are necessary to prevent the extinction of North Atlantic right whales, whose numbers have dwindled to about 330 worldwide due to ship collisions, entanglement in fishing gear, and poor reproduction rates.

Commercial fisherman say right whale fatalities from entanglements are rare and the new rules will hurt an industry already struggling.

The rules are being challenged by in federal court by the commercial fishing industry, but opponents have yet to convince a judge to overturn them.

The lobster fishery is one of the most valuable in the U.S. and was worth more than $700 million at the docks last year in Maine alone.

Maine’s lobster industry is getting more than $17 million in financial support from the federal government as part of a $1.5 trillion omnibus funding package signed by President Joe Biden in March.

The spending bill provides $14 million to help lobstermen cover the cost of new gear and equipment upgrades that will be required under the new federal rules.

At least $2.3 million of the funding will be used for whale research and monitoring, while another $760,000 will be available to the lobster industry for studying trends in the industry.

Maine lawmakers have also approved a $30 million relief fund using federal pandemic money to help the lobster industry cover the cost of complying with the rules and a legal defense fund to help then challenge the rules in court.

The relief fund proposed by Massachusetts lawmakers must still be included in the final version of the budget, which must first be hammered out by a legislative committee before it lands on Gov. Charlie Baker’s desk for consideration.

Christian M. Wade covers the Massachusetts Statehouse for North of Boston Media Group’s newspapers and websites. Email him at cwade@northofboston.com.