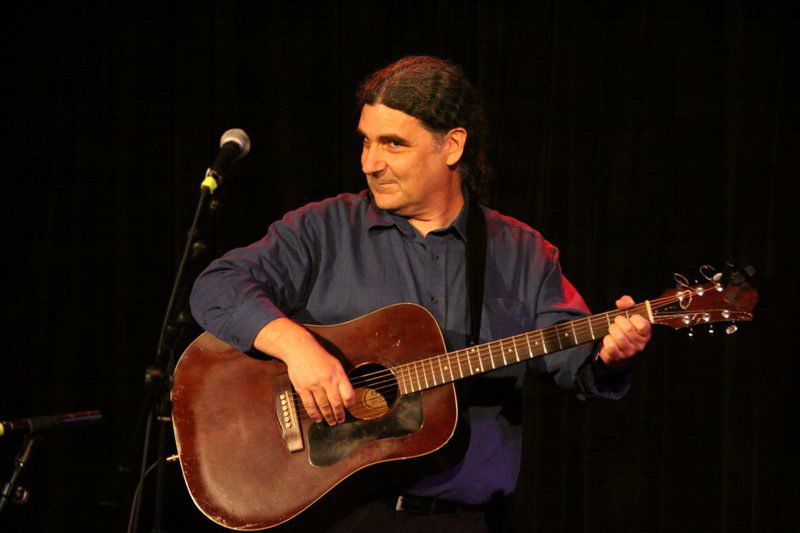 FRED ELLERT/Courtesy photoSinger-songwriter Don White will celebrate his birthday in concert this Friday night at Rogers Street Theatre in Gloucester. 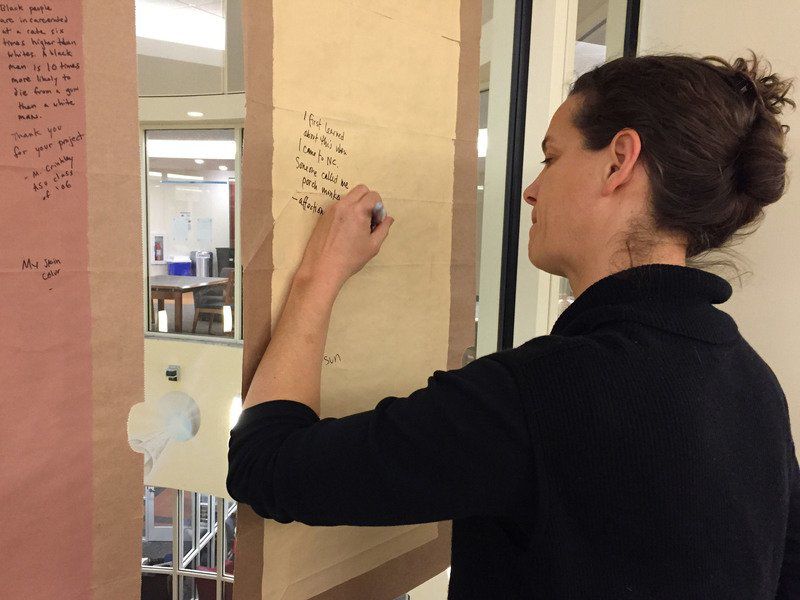 Courtesy photoIlaSahai Prouty is the featured artist this month at the Sawyer Free Library in Gloucester. Part of her installation invites viewers to write, draw or share their reactions on race. 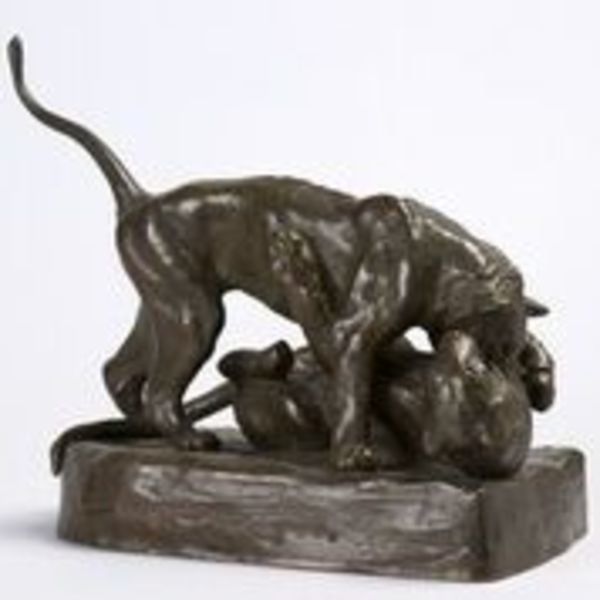 Courtesy image"Two Great Cats" by sculptor Anna Vaughn Hyatt Huntington is featured in the new exhibit "Odds Were Against Me" at Cape Ann Museum in Gloucester.

FRED ELLERT/Courtesy photoSinger-songwriter Don White will celebrate his birthday in concert this Friday night at Rogers Street Theatre in Gloucester.

Courtesy photoIlaSahai Prouty is the featured artist this month at the Sawyer Free Library in Gloucester. Part of her installation invites viewers to write, draw or share their reactions on race.

Courtesy image"Two Great Cats" by sculptor Anna Vaughn Hyatt Huntington is featured in the new exhibit "Odds Were Against Me" at Cape Ann Museum in Gloucester.

In recognition of Women’s History Month, Cape Ann Museum is showcasing the works of noted women artists who overcame 20th-century challenges to make their mark on the art world.

Titled “Odds Were Against Me,” the exhibition takes its name from the title of a memoir by sculptor Katharine Lane Weems (1899-1989), an artist known for her large animal works, including her bronze “Dolphins of the Sea” at New England Aquarium in Boston.

The exhibit pays tribute to female artists with ties to Cape Ann and features work by Anna Vaughn Hyatt Huntington (1876-1973), whose large bronze sculpture “Diana of the Chase” anchors the display.

By the 1910s, Huntington had established herself as one of the country’s most respected sculptors, attracting commissions for works such as her well-known depiction of Joan of Arc, versions of which are installed in Gloucester, as well as in France, Québec City, San Francisco and New York City, according to a press release.

The display also features paintings of the artists, providing another perspective on the women. There is a full-length oil portrait of Huntington in her studio by Marion Boyd Allen (1862-1941), which is paired with a painting of Weems, circa 1920s, by Boston and Manchester artist Charles Hopkinson (1869-1962).

“Weems and Huntington are part of a long line of Cape Ann artists whose work is fundamental to the compelling story of Cape Ann’s evolving artistic and cultural history, which resonates with visitors young and old, from the local community and beyond,” said Oliver Barker, director of Cape Ann Museum.

Other featured artists in the show include Cecilia Beaux, Theresa Bernstein and Emma Fordyce MacRae.

“While many of these items are typically on display throughout the museum, this year, as people across the country recognize the 100th anniversary of women’s suffrage, we’re enjoying calling them out to our visitors and exploring the myriad of stories they can tell us about women’s abilities and achievements,” curator Martha Oaks said. “Anna Vaughn Hyatt Huntington and Katharine Lane Weems were two extraordinary artists who excelled at a time that wasn’t always welcoming of women. We’re very proud to showcase their work.”

The exhibit runs through Jan. 3, 2021, at the museum, located at 27 Pleasant St. in downtown Gloucester. For more information, visit www.capeannmuseum.org.

Talking about race at Sawyer Free

Contemporary artist IlaSahai Prouty, a biracial woman who grew up in Gloucester in the 1970s and ’80s, brings her latest work to her hometown as the featured artist for March in Matz Gallery at Sawyer Free Library, 2 Dale Ave., Gloucester.

Prouty will discuss her work and share personal stories during an artist’s talk on Saturday, March 7, at 2 p.m., presented by the Gloucester Lyceum and library.

Prouty is an assistant professor of art at Appalachian State University in North Carolina, where she teaches “Art for Social Change” and “Senior Studio,” among other courses. She received her Master of Fine Arts from the California College of Art.

Her project, titled “A Social Construction,” combines an interactive exhibition with social events that together prompt an unfolding of the complexities of race. The exhibit is designed to present race as a social construct and engage the community in thinking about how words describe, imply and evaluate race. Her goal through this installation is to expand the dialogue about race and stereotypes.

The exhibit includes the “Paper Bag Test,” which consists of several paper bags that are coated in various colors that reference skin tones and are stamped with a label. Visitors are invited to write reactions, comments and stories on the bags. Prouty also asks viewers to reflect on how they see their own skin tone and the skin tones of others. The display also includes images of comments made during previous exhibitions of the “Paper Bag Test,” which may jump-start conversations.

“The more people contribute, the more vibrant the piece will become,” Prouty said. “People can write anything — comments, stories, questions, drawings, responses to other comments — however they are so moved.”

On Saturday, March 14, from 1 to 4 p.m., the Lyceum will host a collaborative workshop with Prouty at the library titled “Reconstitution Readings.”

The event is free, but registration is required. For more information, visit www.sawyerfreelibrary.org.

Berkin, a presidential professor of history, emerita, of Baruch College and The Graduate Center, the City University of New York, has written extensively on women’s history and on the American Revolution, the creation of the Constitution and the politics of the early Republic. She received her bachelor’s degree from Barnard College and her doctorate from Columbia University, where her dissertation received the Bancroft Award in 1972. Her books include “Jonathan Sewall: Odyssey of an American Loyalist,” which was nominated for the Pulitzer Prize.

Following the presentation, Elizabeth Matelski, a history professor at Endicott College in Beverly, will lead a conversation between Berkin and the audience about women’s suffrage.

Matelski has a doctorate in American history from Loyola University, Chicago. Her teaching interests include American pluralism, popular culture and incorporating the digital humanities in the classroom. Most recently, she created an interdisciplinary public history concentration for Endicott’s history majors. She is currently writing a chapter on the history of global beauty culture and conducting research for a new book on American youth, fitness and the federal government.

The program coincides with the exhibition “Our Souls are by Nature Equal to Yours: The Legacy of Judith Sargent Murray,” on display through March. Admission is free, but reservations are required.

To close out the 30th season of John Ronan’s “The Writer’s Block,” former guests and the public are invited to a taping of the season finale at Cape Ann Museum in Gloucester on Friday, March 6. Doors open at 1 p.m. for the 2 p.m. taping by 1623 Studios.

The taping will feature interviews with some of the guests who appeared the first year of the award-winning series, which started in 1990. They include Sharron Cohen, Christopher Leahy, Kim Bartlett, Sue Jhirad and Jackie (Bigford) Fearer.

The taping will be followed by a question-and-answer session. Ronan, the series’ producer and host, is a former Gloucester poet laureate and a National Endowment for the Arts fellow in poetry.

“The series was made possible by the generous, dedicated writers and artists who work and live in our area. This is a chance to honor their talent,” Ronan said. “The 30th year is a real milestone, a long run in any market, at any level. I am deeply grateful to the hundreds of guests who made that possible — and fun.”

For a full list of guests who appeared on the 375 episodes of “The Writer’s Block,” see www.theronan.org/the-writers-block.

Don White in a birthday bash

A night of music, laughter and storytelling is planned for the birthday celebration of singer-songwriter Don White on Friday, March 6, at 7:30 p.m. at the Rogers Street Theatre, 68 Rogers St., Gloucester.

White’s annual birthday parties often include surprise guest appearances by musicians and comedians from his 30-year career in the music and comedy scenes. This year, White will celebrate the release of his 10th CD, “Live at the Guthrie Center.” White has opened for Arlo Guthrie, Ritchie Havens, Loudon Wainwright III and Taj Mahal and has shared a bill with David Bromberg, Janis Ian and Lyle Lovett.

Tickets are $18 in advance and $20 at the door. For more information, visit www.capeanncinema.com.

Gloucester - Derek Michael Guest, age 31, of Gloucester, passed away from complications of asthma on Wednesday morning, March 25, 2020 at Beverly Hospital. Born in Beverly, he was the beloved son of Lonnie Guest of Groveland and Julie Ann (Lufkin) Guest of Gloucester. He was a graduate of Gl…