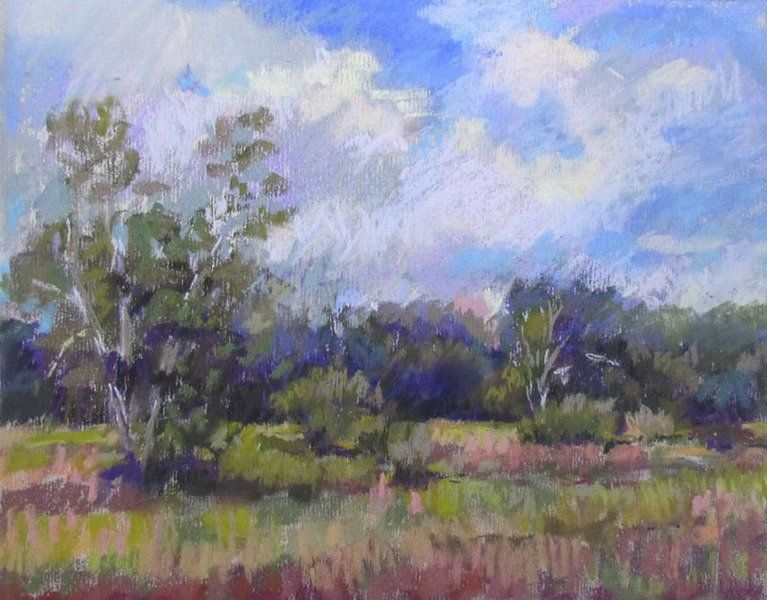 This painting by Ann Goldberg won the Ivan N. Kamalic Memorial Award for "August Trees" from the Rockport Art Association. She is among the artists at the fall show at Central Street Gallery in Mancherster, where there is a free public opening reception on Saturday, Oct. 4, from 5 p.m. to 8 p.m. 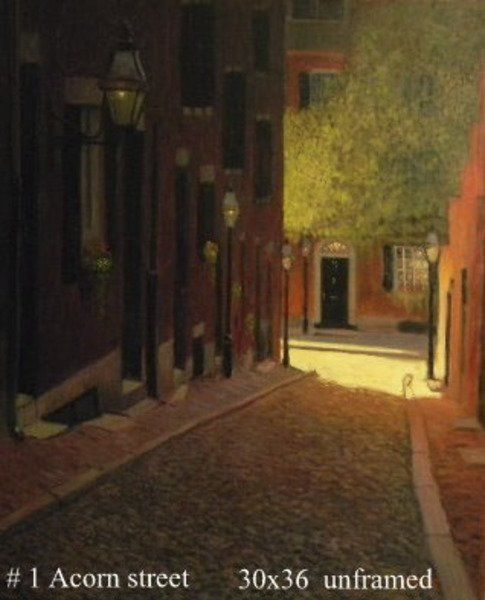 "The Fisherman," by Vincent Francis Castellanet.

This painting by Ann Goldberg won the Ivan N. Kamalic Memorial Award for "August Trees" from the Rockport Art Association. She is among the artists at the fall show at Central Street Gallery in Mancherster, where there is a free public opening reception on Saturday, Oct. 4, from 5 p.m. to 8 p.m.

"The Fisherman," by Vincent Francis Castellanet.

Although the summer has ended, autumn on Cape Ann remains filled with things to do whether it is a film, art show, or musical performance, and this weekend is no different. Starting at the cinematic end of the spectrum, Cape Ann Community Cinema is once again holding its documentary festival with a film flavor for every taste.

This is the seventh year for “DoctoberFest” at the 21 Main St. venue in downtown Gloucester filled with couches as well as seats for viewing. The film festival runs through Oct. 14 and features 21 films, with six filmmaker events.

“I’m conflicted about hosting a dedicated documentary festival, as I don’t want to segregate these and give people a chance to avoid them altogether by waiting out the schedule,” said cinema founder Robert Newton. “It’s just the opposite. I want to give people multiple chances to find a story that connects with them and is relevant to their lives.”

This year’s offerings are diverse, ranging from “The Long Strange Trip of Bob Weir,” about a Grateful Dead band mate, to “What The Sea Gives Me,” which explores the human relationship with the ocean, to a documentary about fracking. For details and trailers, visit www.CapeAnnCinema.com.

Meanwhile, Cape Ann TV channel 12 is airing the “Israel Horovitz Red Carpet” special which includes his introduction to the movie when it had its New England premiere here last month. This will air tonight at 11; Friday, Oct. 3, at 10 p.m.; and Saturday, Oct. 4, at 5 and 11 p.m.

Tim Gartland, who has been called “a true triple-threat” bluesman, will perform tonight, Oct. 2, at The Rhumbline in Gloucester, at 7:30.  He is an accomplished vocalist and harmonica player, as well as a songwriter.  Gartland, a Boston blues standout, will perform songs from his new album “Million Stars.” He has performed with such greats as Bo Diddley, Big Jack Johnson, and Pinetop Perkins. In his latest work, he addresses more modern themes, while keeping the style of traditional blues music.

Jeremy Rumas, an independent filmmaker, artist, and surfer, will bring his film “Hangs Upon Nothing,” to Gloucester on Saturday, Oct. 4, at 7:30 p.m. at the Cape Ann Community Cinema. Rumas will attend this screening, and bring some hand-printed film posters. (Another surf film, “What the Sea Gives Me,” will play at 5 p.m., also with the filmmakers in attendance.)

Back home, Rumas surfs Lake Michigan, which boasts plenty of waves. But his film is more global in nature and “Hangs Upon Nothing,” is a 90-minute audio visual journey through some remote corners of the world.

“At its core, it’s really just a film about experiencing life on Earth to the fullest, and surfing is what connects it all,” said Rumas. “The soundtrack is an original score by my band.”

The film features surfers he met along the way while traveling: the Jones Brothers from Hawaii, a local crew of Indonesian surfers known as the Padma Boys, and also older surfer Chuck Corbett of California who wandered the atolls of Kiribati for 30 years searching for waves.  Rumas shot the film over seven years entirely on 16mm film with a Bolex, mostly in Kiribati and Indonesia.

Sowah Mensah, a master drummer from Ghana, West Africa, will perform with local students at a free concert tonight at 7 at the Rockport High School auditorium, Jerden’s Lane.  An ethnomusicologist and composer, Mensah has been involved in a weeklong school residency program at Cape Ann schools through Rockport Music. He has been working with Rockport High’s jazz band and orchestra as well as the combined middle school and high school chorus, and student drum ensemble. Mensah has taught music in Ghana and Nigeria, and is a music professor at both Macalester College and the University of St. Thomas in St. Paul, Minn.

The Rockport Art Association presents a new show “Paul Strisik, N.A.: The Artist & His Collection” which opens Saturday, Oct. 4, with a reception from 6 to 8 p.m.  This show feature the works of this National Academician, as well as other artists he collected in his vast collection. The exhibition will feature gallery walks led by two of Strisik’s long time friends, Ron Straka and Rudy Colao. These free gallery walks will take place on Wednesday, Oct. 15 and Wednesday, Oct. 29, at 10:30 a.m. The show runs through Nov. 16 at the association gallery, 12 Main St., Rockport.

Artist Vincent Francis Castellanet will host a reception for a show of his work at Santander Bank, 17 Union St. in Manchester, on Friday, Oct. 3, from 1 to 4 p.m.  The artist, who was raised in Chicago, studied at The Art Institute of Chicago and The Academy of Fine Art. He also attended Quincy College, and studied under Father Thomas Brown, a recognized Midwest impressionist. He studied graphic arts, which led him to a successful commercial art career, specializing in package and display design. In 1973, he and his family relocated to New England to work for the Gillette Company as director of design.

His works explore the many seaside towns with their New England qualities as well as images from Boston proper, with its gaslights, cobblestone streets, and historic doorways. In 1984, the artist took the first of many trips to Barbados, after which he began painting island scenes of palm trees, white sand beaches and azure seas. His work is on display at the Gallery of Caribbean Art in Speightstown.

A free public reception for the Fall Show at Central Street Gallery will be held Saturday, Oct. 4, from 5 to 8 p.m. at 11 Central St. in downtown Manchester. The gallery’s award-winning artists will show new paintings. Gallery hours are Thursday through Monday, noon to 6 p.m., or by appointment with the gallery director. For more information, visit www.centralstreetgallery.com.

All programs at Halibut Point State Park are free to the public. The park is home to a scenic quarry overlooking the ocean with many trails, located off Gott Avenue in Rockport. The following events are offered: Tower Tour on Friday, Oct. 3, from 1 to 2 p.m.;  Babson Farm Quarry Tour on Saturday, Oct. 4, from 10 to 11 a.m.; and Reading the Granite Landscape on Sunday, Oct. 5, from 11 a.m. to noon.

There is a $2 parking fee for most programs.

The event features the best of Cape Ann eateries offering food, wine and spirits for a $25 ticket price with the proceeds going to support Cape Ann YMCA Teen Service Trips to New Orleans, Navajo Nation and Nicaragua. The New Orleans Mission, now in its fourth year, originated as a Cape Ann trip but generated enough interest to cause its expansion to include youth throughout the North Shore YMCA system two years ago and prompted the addition of the Nicaragua trip in 2013, and the Navajo Nation trip in 2014.

Columbus Day weekend is a busy time for artists and artisans and shoppers with the Cape Ann Artisans studio tour and the Annisquam craft fair. For more information, visit capeannartisans.com and the Facebook page for the Annisquam fair.

Around Cape Ann is a column devoted to events happening on Cape Ann and artists from Cape Ann performing elsewhere. If you would like to submit an item, contact reporter Gail McCarthy at 978-675-2706, or gmccarthy@gloucestertimes.com.