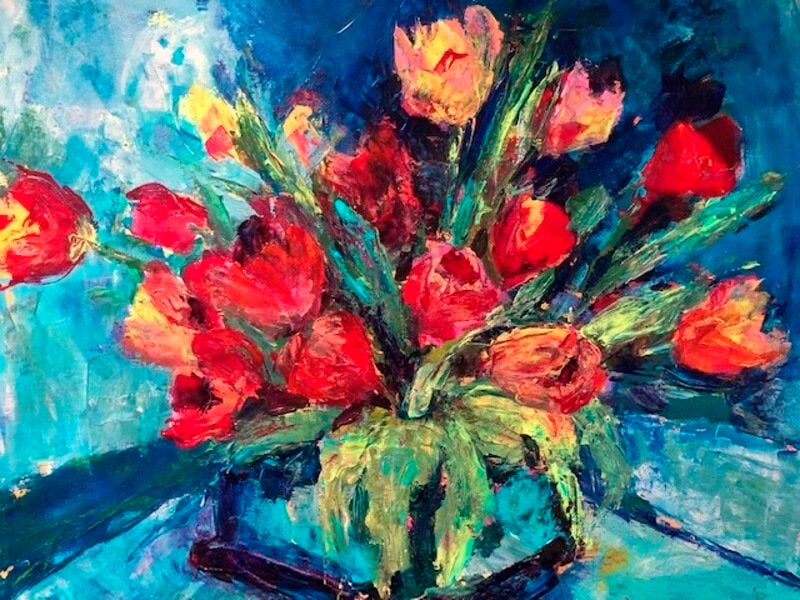 Courtesy imageCreative Community Paint-Ins are being held via Zoom on Tuesday mornings through March 30. Pictured here is a work by Heidi McGrath. 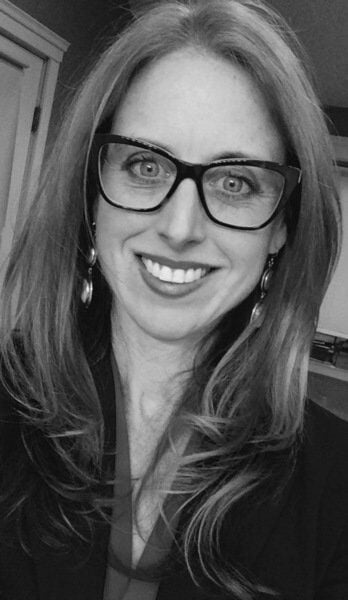 Courtesy photoElizabeth Duclos-Orsello will discuss her research on the history of African Americans in Essex County in a virtual lecture hosted by Cape Ann Museum on Friday, Feb. 26. 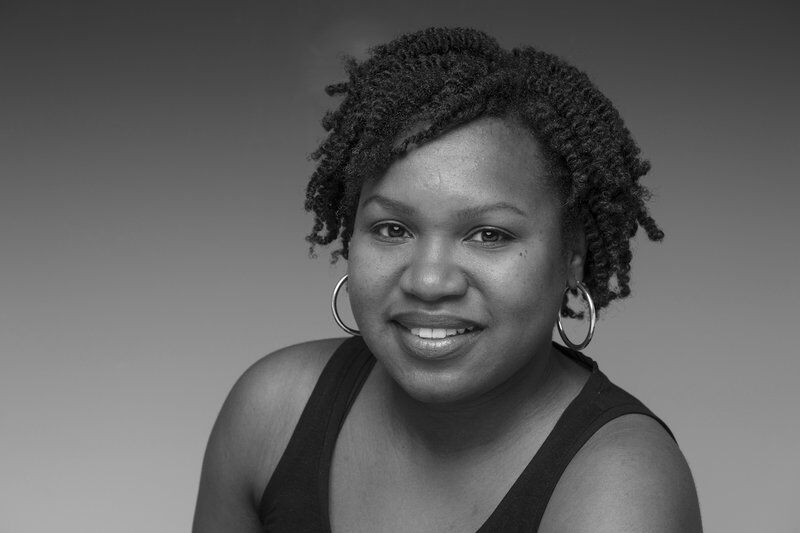 Courtesy photoKabria Baumgartner will discuss her research on the history of African Americans in Essex County in a virtual lecture hosted by Cape Ann Museum on Friday, Feb. 26. 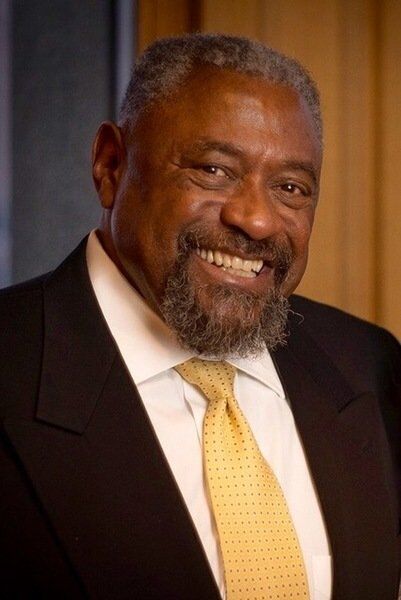 Courtesy photoCreator and executive producer William Smith will give an introduction to "American Stories: Race Amity and the Other Tradition," which is being shown via Zoom by the Sawyer Free Library on Thursday, Feb. 25. 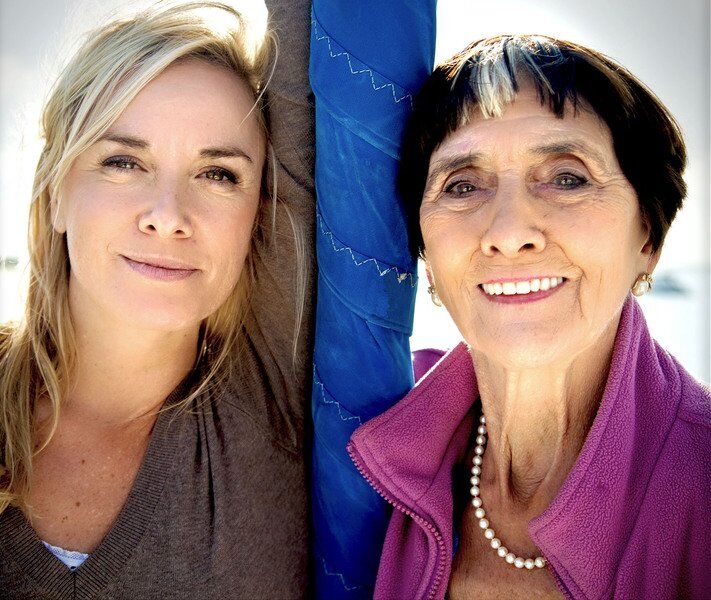 Courtesy imageCreative Community Paint-Ins are being held via Zoom on Tuesday mornings through March 30. Pictured here is a work by Heidi McGrath.

Courtesy photoElizabeth Duclos-Orsello will discuss her research on the history of African Americans in Essex County in a virtual lecture hosted by Cape Ann Museum on Friday, Feb. 26.

Courtesy photoKabria Baumgartner will discuss her research on the history of African Americans in Essex County in a virtual lecture hosted by Cape Ann Museum on Friday, Feb. 26.

Courtesy photoCreator and executive producer William Smith will give an introduction to "American Stories: Race Amity and the Other Tradition," which is being shown via Zoom by the Sawyer Free Library on Thursday, Feb. 25.

To honor and celebrate Black History Month, the Cape Ann Museum is welcoming two scholars to discuss their research on the history of African Americans in Essex County.

Kabria Baumgartner and Elizabeth Duclos-Orsello will speak on Friday, Feb. 26, at 1 p.m. as part of the museum’s new virtual lecture series.

Baumgartner is an associate professor of American studies and faculty fellow for equity and inclusion at the University of New Hampshire, and Duclos-Orsello is chair and professor of the Department of Interdisciplinary Studies and coordinator of American studies at Salem State University. Their research, which dates back to the 17th century, was funded by the National Park Service and will be released later this spring.

They spent the past two years visiting historic repositories throughout Essex County, including the Cape Ann Museum.

“Exploring the deep and complex history of African Americans in Essex County is incredibly enriching,” Baumgartner said in a press release. “What becomes apparent is that African Americans have contributed to the economic development, as well as the cultural and intellectual wealth of Essex County, which is a federally recognized National Heritage Area. ... By compiling these materials, we have opened some new possibilities to share fascinating ‘hidden’ stories, to identify and connect complex themes, and to collaborate with cultural institutions and community members in order to understand the dynamic history of African Americans in this region.”

During the virtual discussion, participants will hear directly from the scholars about what they have learned, the impetus behind the project, and their recommendations for how residents and institutions can celebrate and support African American history in Essex County.

Registration is available online at capeannmuseum.org/events/african-americans-essex-county, or call 978-283-0455, ext. 10, or send an email to info@capeannmuseum.org. Participation is free for museum members and $10 for nonmembers.

The next scheduled lecture is on Friday, March 19, at 4 p.m. with a program titled “How Copley Painted Women,” presented by Erica Hirshler, Croll senior curator of American paintings at the Museum of Fine Arts in Boston, and Jane Kamensky, Trumbull professor of American history at Harvard University.

A spotlight on transformative relationships

The Sawyer Free Library in Gloucester will host a Zoom presentation of WGBH’s powerful documentary series “American Stories: Race Amity and the Other Tradition” on Thursday, Feb. 25, from 7 to 8:30 p.m.

This program will include a brief introduction and commentary by William Smith (creator, executive producer and writer of the series); a reading from the book of the same title; viewing of the film; and a question-and-answer session. Smith, who holds a Doctor of Education, is the founding executive director of the National Center for Race Amity in Boston.

“WHS Media Productions created this documentary for the promotion of cross-racial and cross-cultural understanding to advance equity and social justice,” according to a press release. “By sharing healing, inspirational stories of the power of race amity, it explores the moral counterweights to the tradition of racism in America and how we can move together toward unity and love.”

The virtual event is free and open to the public. Advance registration at eventkeeper.com/code/ekform.cfm?curOrg=SFL&amp;curID=487341 is required to access the Zoom link.

Creating and sharing via paint-ins

It is once again the season for Creative Community Paint-Ins, which meet once a week via Zoom on Tuesday mornings from 10 to 11:30 a.m., through March 30.

The program, now in its sixth year, has gone virtual this year and has been well received.

Heidi Caswell Zander, one of the participating artists and president of the Rockport Art Association & Museum, said that the program is off to a good start with great art being created and shared and people gathering from near and far.

“Virtual space has allowed our boundaries to stretch to participation from as far west as California and as far south as Florida,” she said. “It has been a delight to take part in this community effort.”

A pop-up show is envisioned as an exhibition for early summer.

To set one up, send an email to library@capeannmuseum.org. Advance notice is required, as material will need to be consulted and pulled from the temporarily closed library on Pleasant Street.

To view a portion of the library and archives collection online, visit capeannmuseum.org/research/finding-aids.

The romantic drama can be viewed on the movie theater’s website at capeanncinema.com.

The story revolves around three couples in love and a wedding that takes place over a five-day period in a scenic seaside community on Cape Cod. It features Tamzin Outhwaite, who starred in the BBC’s “EastEnders,” and Tamzin Merchant, who played Anne Hale on all three seasons of Brannon Braga’s dark historical fantasy “Salem.”

“Radio Cape Cod” is told in two 36-minute parts, which were filmed in 2008 and 2018. While the film is free to view, Silver asks for one thing in return: “I want feedback from viewers, and if you can, make a small donation to help the cinema weather this prolonged lockdown.”

“We’re happy to offer this sweet little film to our many patrons,” Rob Newton of Cape Ann Community Cinema said. “I’ve known of Andrew since my days in the video business, and I am very excited to be able to work with him in bringing this new project to a wider audience. I’m looking forward to seeing some of my die-hard patrons online.”