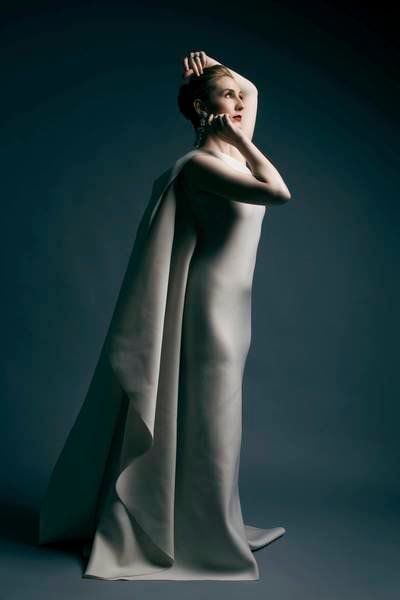 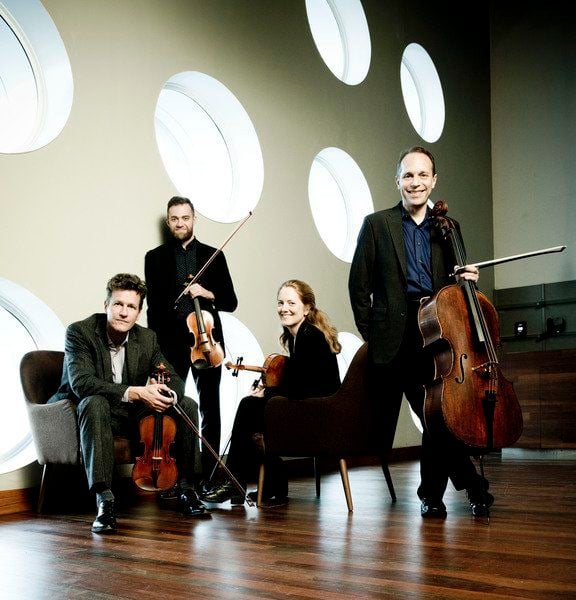 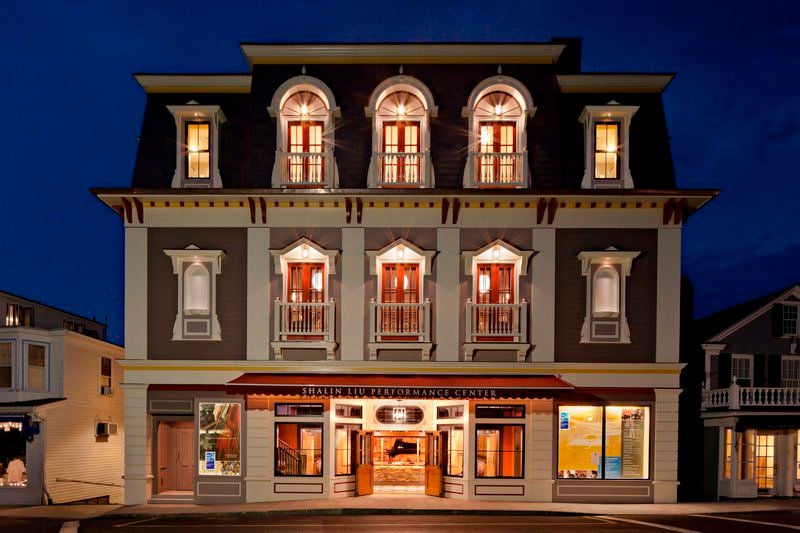 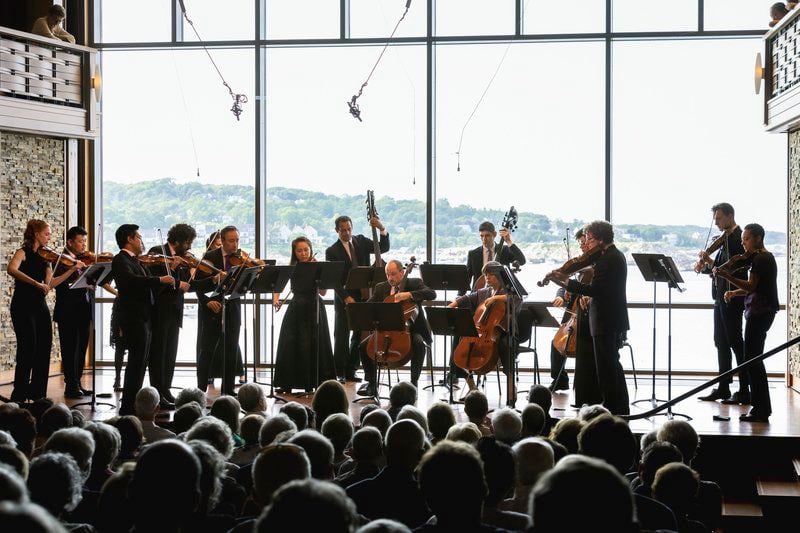 Courtesy photoThe stage of Rockport Music's performance center provides a view of the ocean through its floor-to-ceiling windows.

Courtesy photoThe stage of Rockport Music's performance center provides a view of the ocean through its floor-to-ceiling windows.

A musical carousel beginning and ending with works by Beethoven — who is being celebrated around the world on the 250th anniversary of his birth — will highlight the 39th annual Rockport Chamber Music Festival.

But nestled between the June 12 festival launch and the final concert on Aug. 9 will be a veritable smorgasbord of composers and artists. They will combine to create an indelible concert season for audiences now accustomed to world-class music at the festival’s oceanfront music hall — Shalin Liu Performance Center — a venue that still draws smiles of acknowledgment from the performers as they gaze out the floor-to-ceiling stage window onto the North Atlantic.

The 2020 chamber music festival includes 22 concerts from June 12 through July 12, along with a three-day festival annex from Aug. 7-9.

Organizers have worked to appeal to everyone with this year’s lineup, planning family concerts, films, late-night cabaret shows and pop-up events, as well as a program for children with autism.

A who’s who of international string quartets is scheduled to perform throughout the season, along with award-winning pianists, chamber orchestras and powerhouse vocalists.

Artistic director Barry Shiffman said that the festival seeks to celebrate the music of Beethoven in new ways, including an especially big way on opening night.

“His work is performed every year, but what we don’t have is access to some of his larger works, and he is arguably most famous for his symphonies,” Shiffman said. “In that spirit, we open the festival with his ninth symphony, with the jubilant ‘Ode to Joy’ chorus.”

Beethoven’s Symphony No. 9, spotlighting pianist Stewart Goodyear and the Handel and Haydn Society chorus with four soloists, will fill the second half of the Friday, June 12, concert. The first half will feature the Brentano Quartet performing one of Beethoven’s later quartets, Op. 127.

Tony Beadle, president of Rockport Music, is excited about the opening night program.

“With Beethoven’s 250th at our disposal, we have used that opportunity to present a lot of Beethoven, some familiar and some lesser known. But one of the more exciting concerts in this regard is opening night with Beethoven’s ninth symphony, in an arrangement by Franz Liszt,” Beadle said. “I never thought I’d see Beethoven’s Symphony No. 9 on this stage in any form.”

The opening night momentum will continue for several weeks with concerts featuring both classical and new works, co-commissioned by Rockport Music.

The East Coast premiere of Pulitzer Prize-winning Kevin Puts’ “Home” will be played by the Miró Quartet on Saturday, June 27, and the U.S. debut of Dinuk Wijeratne’s Clarinet Concerto will be performed by Kinan Azmeh and A Far Cry on Sunday, July 12. Both works were inspired by current refugee crises.

The festival will also celebrate chamber music of all kinds from composers such as Vivaldi, Bach, Brahms and Ravel, as well as chamber ensembles highlighting everything from brass to Baroque works.

Shiffman is looking forward to presenting opera on the festival’s opening weekend at the Rockport Art Association & Museum, which was the Rockport Chamber Music Festival’s venue before Shalin Liu Performance Center opened across the street a decade ago.

Against the Grain Theatre will perform Puccini’s “La Bohème” in its modern interpretation, which has the love story set in a bar and sung in English. Performances are Saturday, June 13, and Sunday, June 14.

“They have been touring ‘La Bohème’ in bars across Canada, and they are on a mission to redefine what opera is,” Shiffman said. “We didn’t want the format of a concert hall and instead wanted a cabaret-type space. This is opera up close, and it will be quite thrilling.”

In another special event, David Deveau, a concert pianist and the festival’s artistic director emeritus, will perform a program of works by Beethoven with the Borromeo Quartet to close out the festival annex on Sunday, Aug. 9.

As always, the festival will promote rising stars with performance opportunities. Some of these young musicians are part of the Rockport Fellows program, and several have won international competitions.

“It’s no secret that one of my interests is the support of the best artists of the new generation,” Shiffman said. “There are more gifted young musicians than we have room to present, but we are chock-full of amazing young talent.”

Festival audiences will enjoy a new face this season with the appearance of London-based Michael Collins, one of Europe’s most celebrated clarinetists, who will be part of an all-star band sharing a program of Beethoven and Schubert works on Saturday, July 11.

Shiffman was moved by Beethoven’s music as a child, even at the age of 10.

“Beethoven figured prominently to me as a young person. His ‘Spring Sonata’ was the first piece of chamber music I played,” Shiffman said. “Another work that comes to mind is Op. 1, No. 1, his piano trio. That was the first time I played with a chamber group.

“With Beethoven’s work, you often think of the storminess and drama, but these two Beethoven pieces are joyous works that show another side of him — Beethoven without the later drama — and as a young person, that really appealed to me,” Shiffman said.

He expects that this year’s festival will bring emotions of all kinds to the surface as audiences soak in the sounds of the varied musical selections.

Gloucester - Derek Michael Guest, age 31, of Gloucester, passed away from complications of asthma on Wednesday morning, March 25, 2020 at Beverly Hospital. Born in Beverly, he was the beloved son of Lonnie Guest of Groveland and Julie Ann (Lufkin) Guest of Gloucester. He was a graduate of Gl…