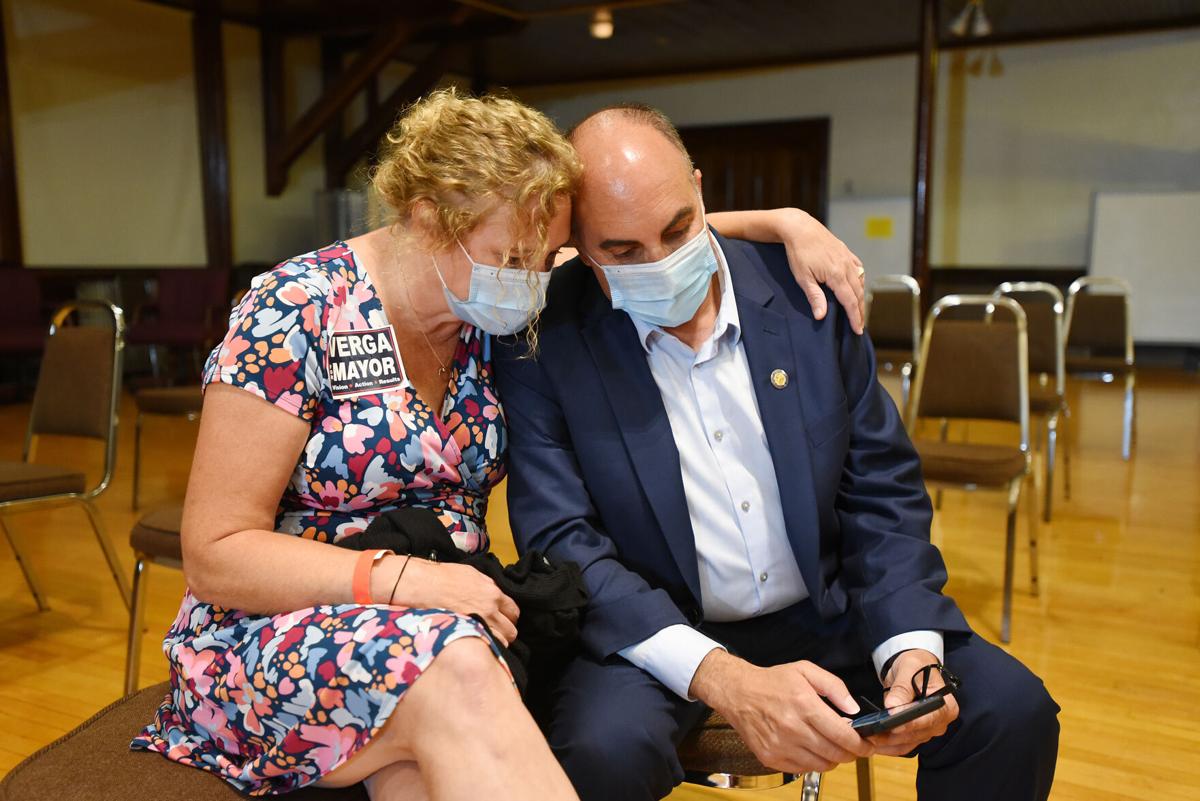 Candidate for Mayor Gregory Verga gets a hug from his wife, Kellie, at Gloucester City Hall’s Kyrouz Auditorium. 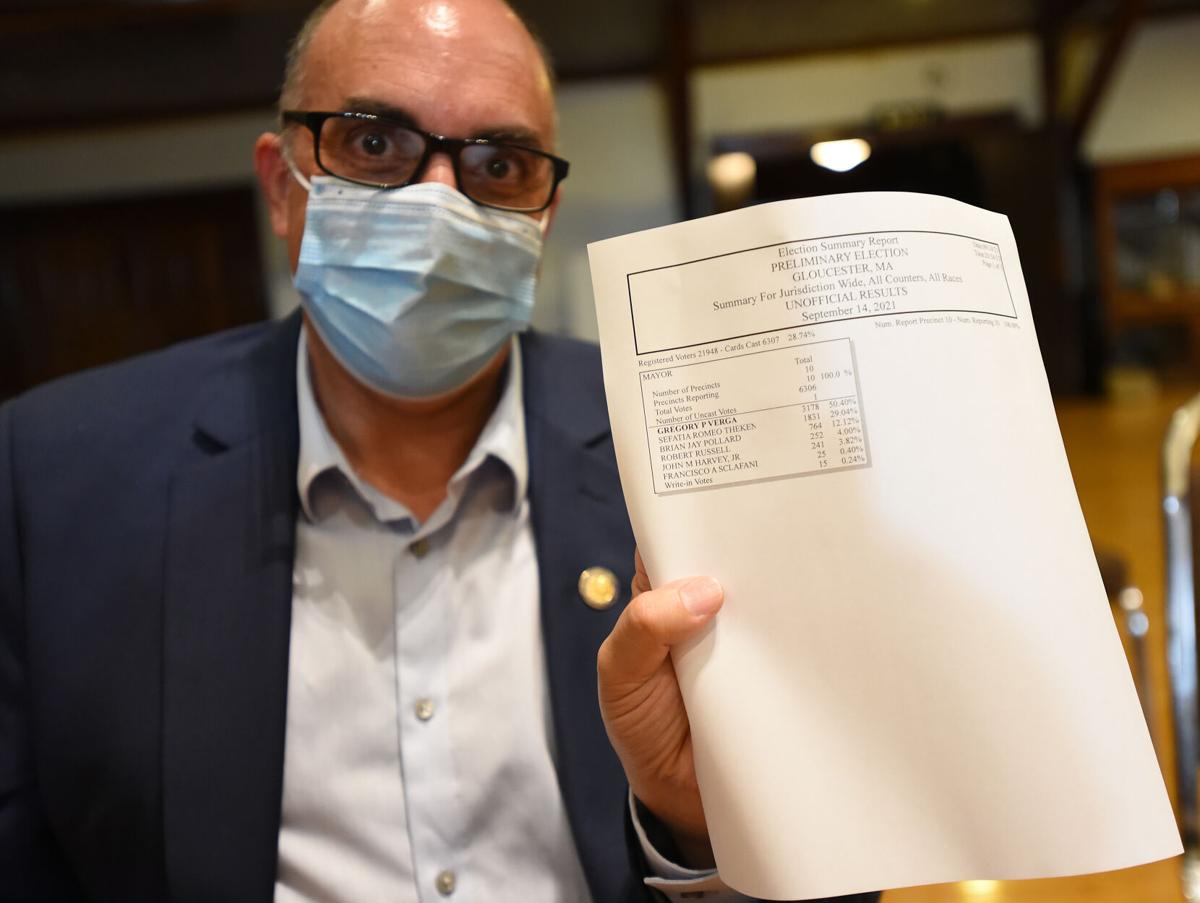 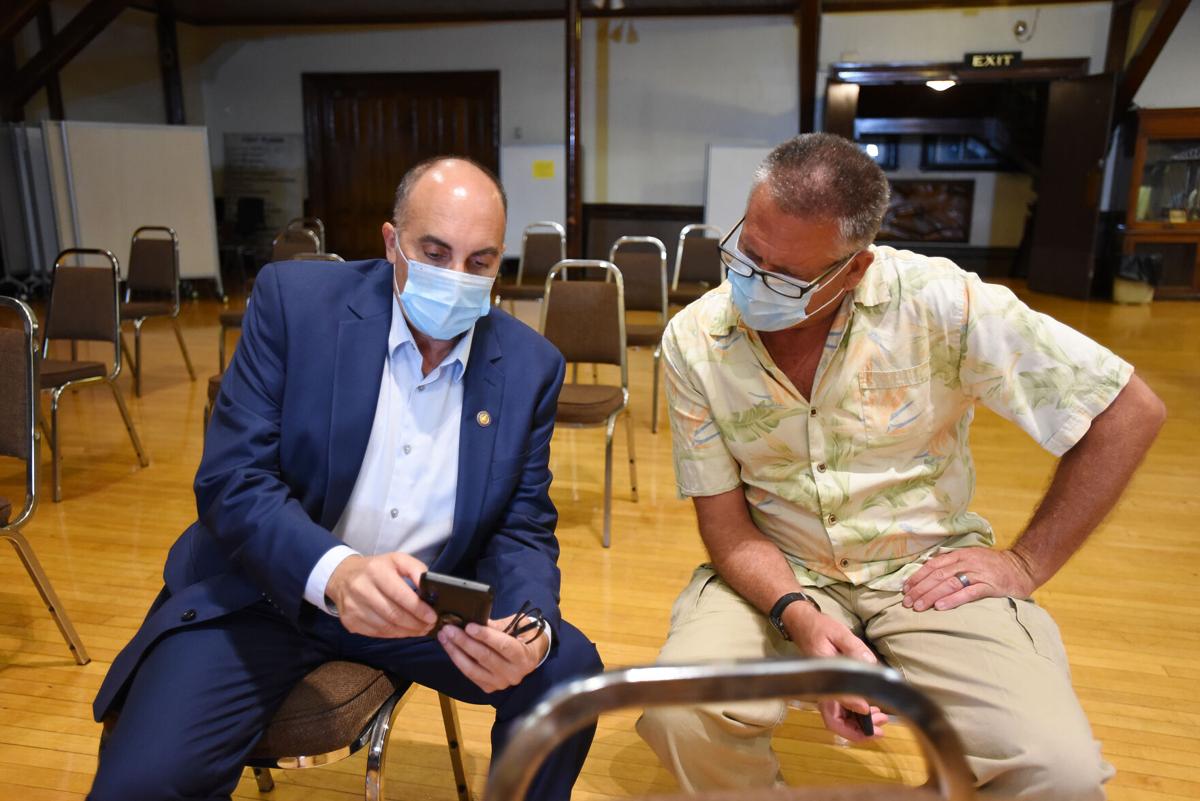 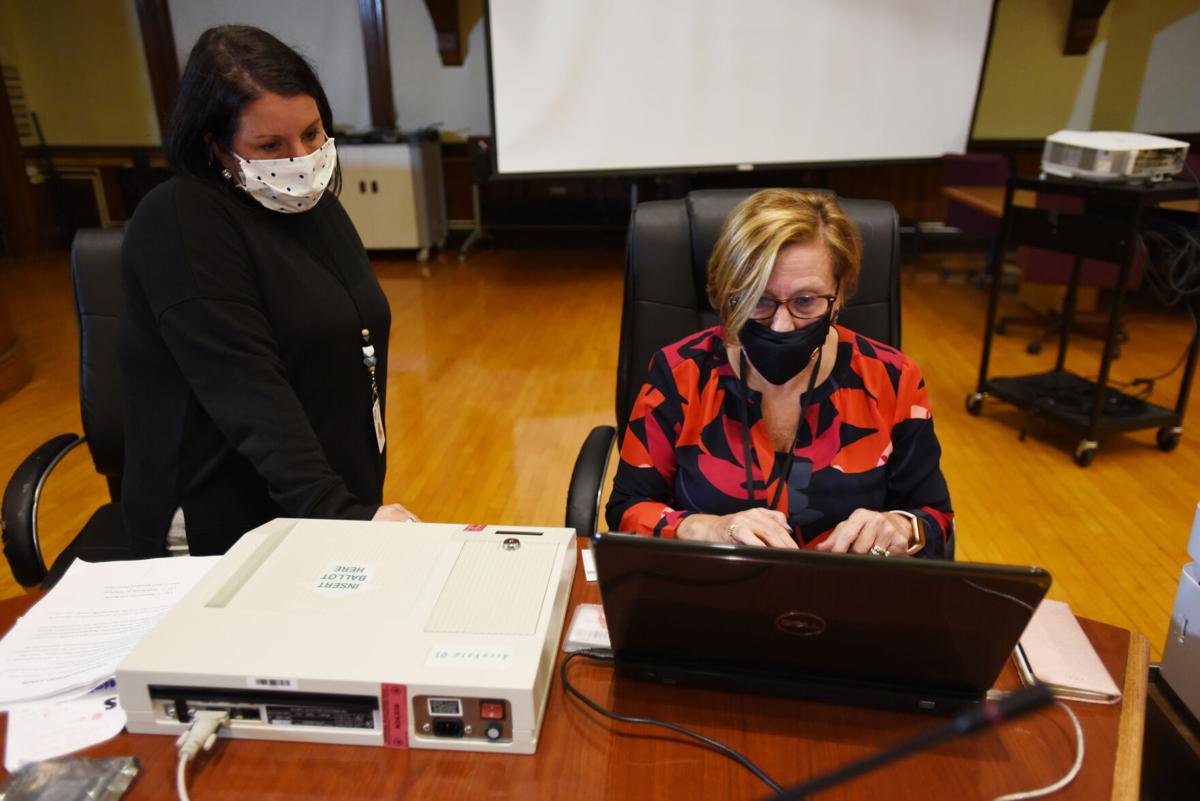 Gloucester City Clerk Joanne M. Senos gets the first results in while as Danielle Argentino, left, looks on at Gloucester City Hall’s Kyrouz Auditorium during Gloucester’s preliminary election for mayor.

Candidate for Mayor Gregory Verga gets a hug from his wife, Kellie, at Gloucester City Hall’s Kyrouz Auditorium.

Gloucester City Clerk Joanne M. Senos gets the first results in while as Danielle Argentino, left, looks on at Gloucester City Hall’s Kyrouz Auditorium during Gloucester’s preliminary election for mayor.

Greg Verga and Mayor Sefatia Romeo Theken took in the most votes at Gloucester’s Mayoral Preliminary Election this Tuesday.

The results were called around 8:30 p.m at City Hall. Verga waited in the City Hall’s auditorium until the final tally was announced by City Clerk Joanne Senos.

“The results speak fro themselves,” said Verga after interviewing with 1623 Studios about his win. “It shows that people want change. I started off late, mid-June, and now here we are. I appreciated the other candidates. They’ve done a great job and I appreciate the process.”

Verga previously served as a city councilor and School Committee member. He ran in the 2015 Mayoral Preliminary Election but did not advance, coming in third with 13% of the vote. This year, he earned half.

Romeo Theken ultimately won the 2015 election and has served as mayor since. She was not at City Hall on Tuesday night to hear the results.

Verga and Romeo Theken will run against each other in the Municipal Election on Tuesday, Nov. 2. Races for city councilor at-large, ward councilor and School Committee will also be on the ballot.

Here is the final vote tally:

Bold: Advances to the Nov. 2 Election.

A collection of personal stories from across the nation

BEVERLY — Friends, colleagues and others gathered at North Shore Music Theatre on Sept. 10 to celebrate the life of one of the North Shore’s most beloved community leaders.

Rockport - Janice S. (Cadorette) Turner, 78, of Rockport, wife of Bruce B. Turner passed away peacefully on Tuesday, September 14, 2021, at Winchester Hospital. Her Memorial Mass will be celebrated in St. Joachim's Church, Rockport on Saturday, September 18, 2021, at 10 a.m. Visiting hours i…

Gloucester - John J. Raffa, age 84, of Gloucester, MA, passed away peacefully on September 14, 2021, with his family at his side. John had surgery in May, he fought hard but passed following his battle with cancer and respiratory issues. John was the beloved husband of the late Margaret "Peg…