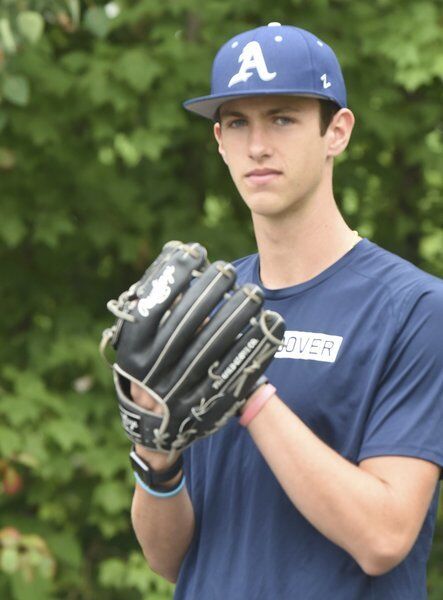 BRYAN EATON/Staff photoRowley’s Thomas White is considered one of the nation’s top pitching prospects going into his sophomore year at Phillips Andover. 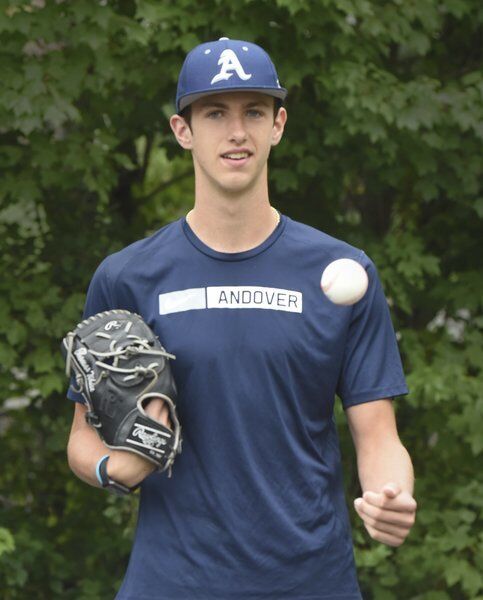 BRYAN EATON/Staff photoAt 6-foot-4 with fastball that touches 97 mph on the radar gun, Rowley’s Thomas White is currently ranked as the nation’s No. 1 baseball prospect in the Class of 2023.

BRYAN EATON/Staff photoRowley’s Thomas White is considered one of the nation’s top pitching prospects going into his sophomore year at Phillips Andover.

BRYAN EATON/Staff photoAt 6-foot-4 with fastball that touches 97 mph on the radar gun, Rowley’s Thomas White is currently ranked as the nation’s No. 1 baseball prospect in the Class of 2023.

LYNN — Alex Brickman and his teammates with the North Shore Navigators arrived at Fraser Field knowing they’d have something different in store. Rather than playing one of their usual Futures Collegiate Baseball League opponents, the Navigators would be facing a collection of the northeast’s top baseball prospects as part of the 2020 Area Code Games tryouts.

Brickman initially wasn’t familiar with the Area Code team’s starting pitcher, but the moment he saw Rowley’s Thomas White, he immediately knew he was dealing with a special talent.

“They said he’s 15 and I just couldn’t believe it,” said Brickman, a former Andover High standout now starring for the University of Dayton. “You couldn’t even tell from his pregame set, the poise he had and the command for all his pitches, he played way above his age.”

The 6-foot-4 lefty, who now boasts a fastball in the mid-to-high 90s, proceeded to mow down the top of the Navigators’ order with three strikeouts in the first inning, and after running into trouble to start the second, he bounced back with a groundout and two more strikeouts to finish the outing strong. All told, the rising Phillips Andover sophomore held his own against a lineup composed primarily of Division 1 college baseball stars, all of whom were three to seven years older than he was.

The performance was subsequently featured by Baseball America, and between that showing and his complete dominance of the summer showcase circuit, White solidified his place as one of the top Major League Baseball prospects in the country.

White was subsequently ranked the No. 1 player in the country from the Class of 2023 by Perfect Game and is now widely considered a potential top pick in the 2023 MLB Draft.

“When evaluating a 15 year old, it is almost unheard of to be able to say that you are almost definitely looking at the number one pick in a draft,” writes Wyatt Kleinberg of ProspectsLive.com. “White is an example of one such case.”

This spring was meant to be White’s big debut on the high school stage, but due to the coronavirus pandemic his freshman season at Phillips wound up being cancelled.

“It was very frustrating,” said White, who graduated from Triton Regional Middle School and grew up playing youth baseball in Rowley. “Working all winter in the weight room and in the cage and throwing bullpens and not being able to play with them, and obviously knowing it’s going to be a while before I got a live at bat against a pitcher or hitter, there was a lot of frustration.”

Despite the uncertainty, White continued playing long toss and threw bullpens with his catcher every week throughout the spring to keep his arm ready. Eventually he was able to get back on the field for the summer showcase season and quickly picked up right where he left off.

Excluding the Area Code tryouts against the Navigators, White pitched 27.1 innings over the course of the summer without allowing a single run. He also recorded 67 strikeouts, averaging 2.48 strikeouts per inning, against only seven hits and 10 walks.

During the Super 17 Invitational at Diamond Nation in New Jersey, White’s fastball was recorded at 97 miles per hour by a Cincinnati Reds scout, and by season’s end White said he’d accomplished most of what he’d set out to this summer.

“Velocity-wise is awesome, and I feel like I’ve worked counts better,” White said. “My accuracy was better, the only thing I wish could have been better was my breaking balls, they were a little inconsistent, but other than that I was happy and I met most of the goals I had.”

‘A once in a lifetime player’

The highlight of the summer was, of course, the game against the Navigators. Though it was statistically his worst outing — he allowed a double, a home run and hit a batter in the second before finishing the inning without further incident — it was also the most revealing, as more than 20 scouts in attendance were able to see him hold his own against some of the best college players around.

“It was very intimidating at first to be honest, but I went out there and did my thing,” White said. “You can’t really think about who you’re playing against, you just have to go out and do your thing and you’d do as good as you’d do against any other team.”

White made a clear impression on the Navigators, who raved about the 15-year-old’s talent after the fact.

“He’s definitely legit, he’s one of the best pitchers we saw this summer, which is pretty impressive since we’ve seen a lot of great guys and he’s only 15,” said Jake McElroy, a former North Andover standout entering his freshman year at Holy Cross. “We were all wowed by his talent, we were like ‘that doesn’t even make sense.’”

“He threw really well, showed a lot of composure against us,” said Boston College star Cody Morrisette, who is himself a possible first round pick in the upcoming 2021 MLB Draft. “He has a really bright future.”

Brickman, however, offered the highest praise.

With three seasons of high school baseball still ahead of him, White is still scratching the surface of his potential. Though he won’t be pitching for a few months to give his arm time to rest, he plans to continue playing fall baseball to work on his swing. Eventually he’ll start winter workouts in hopes of building up towards his long anticipated debut as a sophomore at Phillips.