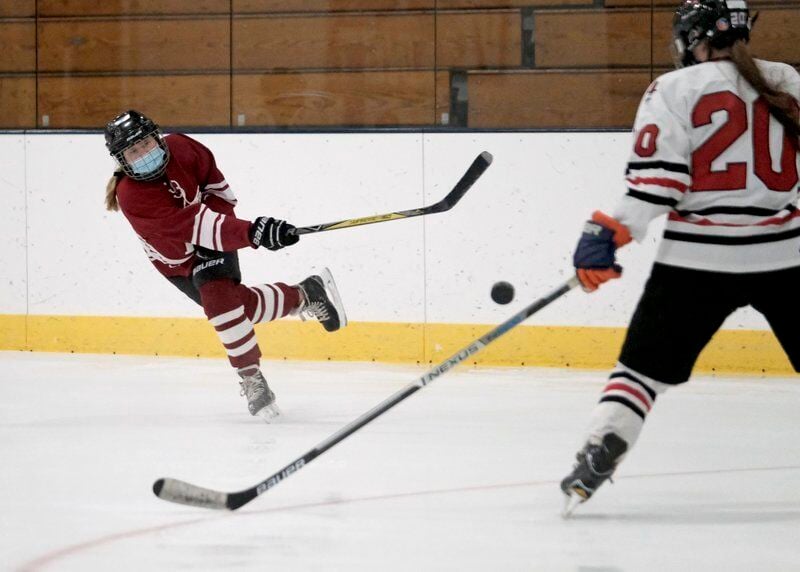 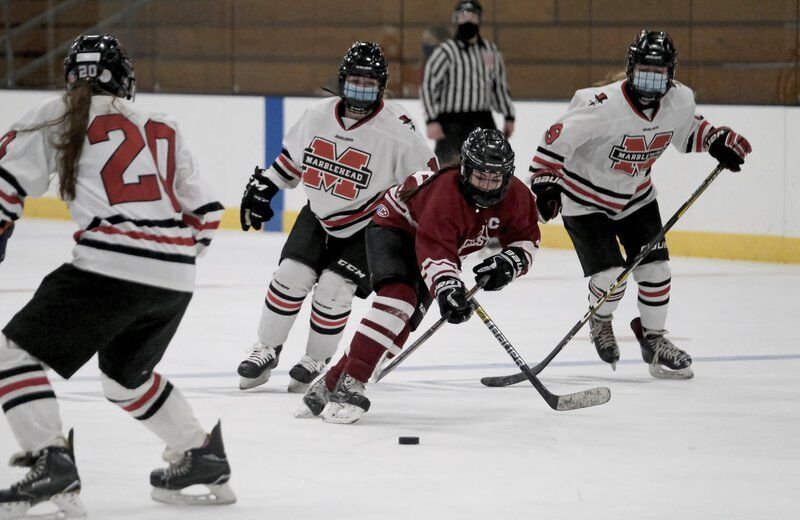 Gloucester's Mia Salah weaves over the blue line on her way to scoring a goal yesterday against Marblehead, tying the score at 1-1 in the first period.,KIRK R. WILLIAMSON/ photo. 2/18/21 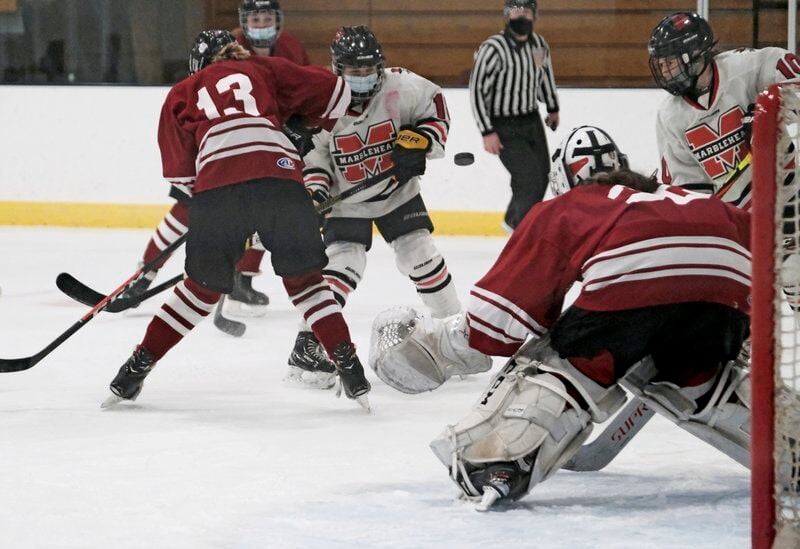 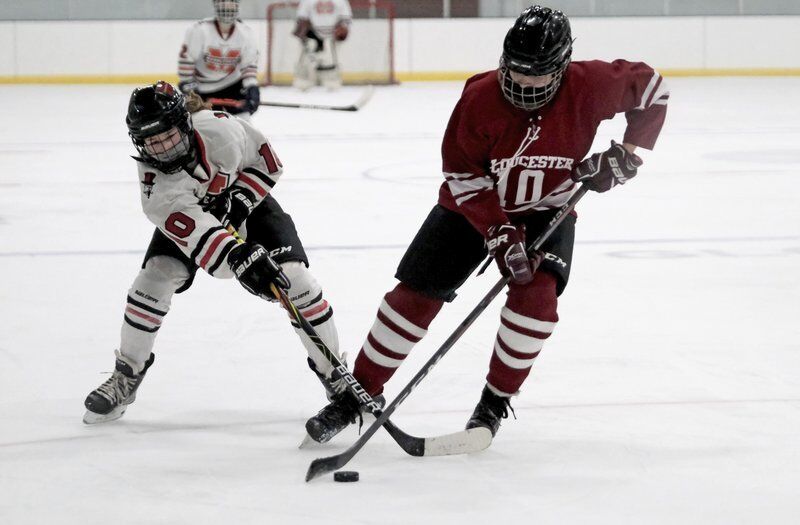 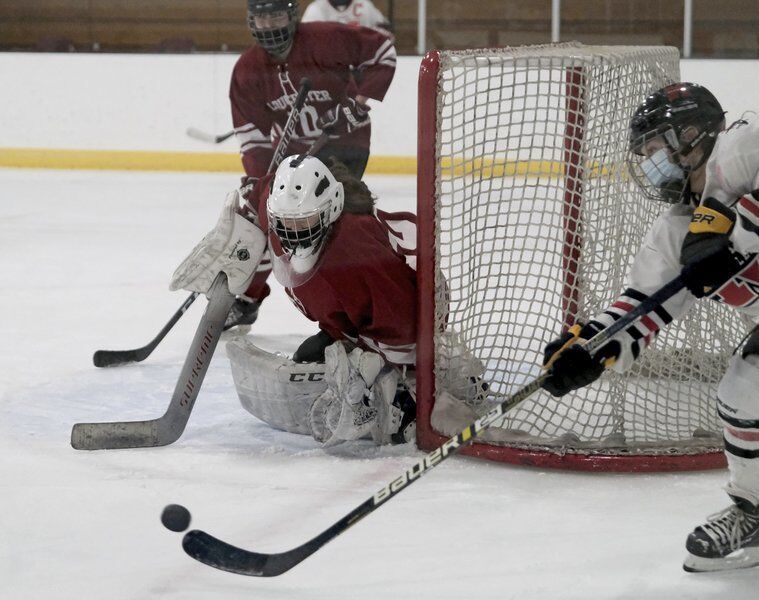 Goaltender Avery Olsen watches as a Marblehead player circles the net with the puck Thursday. Olsen made 40 saves in her team's 5-3 victory.KIRK R. WILLIAMSON/ photo. 2/18/21

Gloucester's Mia Salah weaves over the blue line on her way to scoring a goal yesterday against Marblehead, tying the score at 1-1 in the first period.,KIRK R. WILLIAMSON/ photo. 2/18/21

Goaltender Avery Olsen watches as a Marblehead player circles the net with the puck Thursday. Olsen made 40 saves in her team's 5-3 victory.KIRK R. WILLIAMSON/ photo. 2/18/21

For more reasons than one, it’s undoubtedly been a challenging winter campaign for the Gloucester High girls hockey team. But if there’s one thing they can hang their hat on, it’s their overall effort throughout the season.

The Fishermen had been playing better as a team as of late, with a win and a tie in their last four games. Then on Thursday against Marblehead, it all came seemed to come together.

Behind some stellar goaltending from Avery Olsen (40 saves) and a balanced offensive attack on the other end, Gloucester skated its way to an impressive 5-3 win over the Magicians at Talbot Rink.

“It was a great game, back and forth and could’ve very well been a one-goal game,” said Gloucester head coach Caitlyn Bernick. “We took everything we’ve learned this year and put it into the game, which was great to see.”

While Olsen was brilliant between the pipes, she certainly wasn’t the only Gloucester player to shine. Forward Sydney Bouchie, for instance, was handed the game puck after scoring a goal and assisting on another.

“Sydney turned in an outstanding performance, sticking with the game plan and staying on her player defensively, connecting passes, making great shots. She was awesome,” said Bernick.

In addition, captain Mia Salah netted two goals and an assist; Ariana Scola — or ‘Wild Child’ as her teammates and coaches call her — had a great goal as well, while Aria Caputo also found the back of the net.

The Fishermen were passing the puck with a purpose all afternoon, tallying eight assists on their five goals. Other helpers belonged to Abigail Lowethers, Julia Warde, Brooke McNiff, Kayden Pool, Jenna Connelly and Ella Costa.

“We connected on our passes very well today and got many assists because of it,” said Bernick.

Scoring for Marblehead in the setback was Sophie Zerilli, Abi Amigo and Elsa Wood. Zerilli and Wood both added assists, as did Jane Whitten.

The Fishermen will wrap up the season Saturday with one final home bout in a rematch against Marblehead.