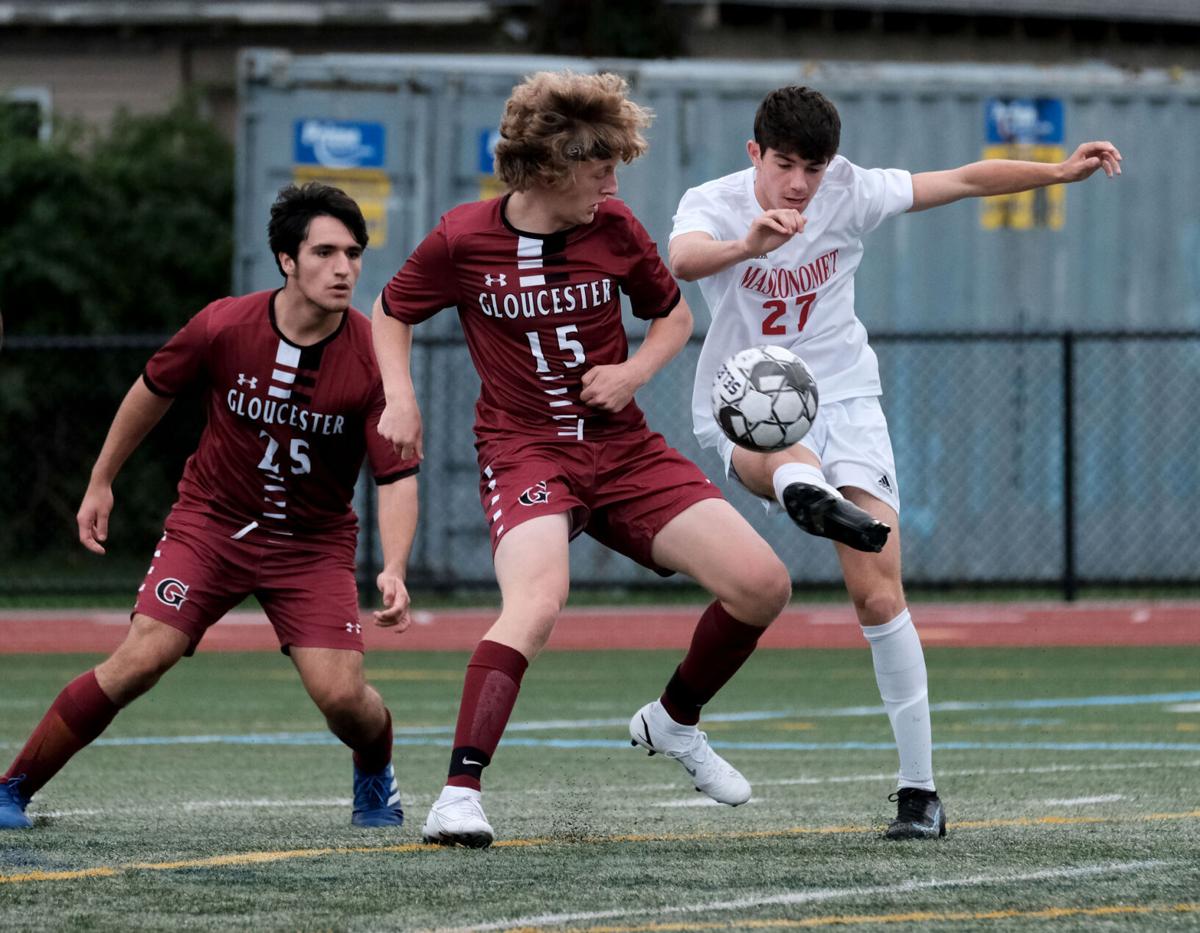 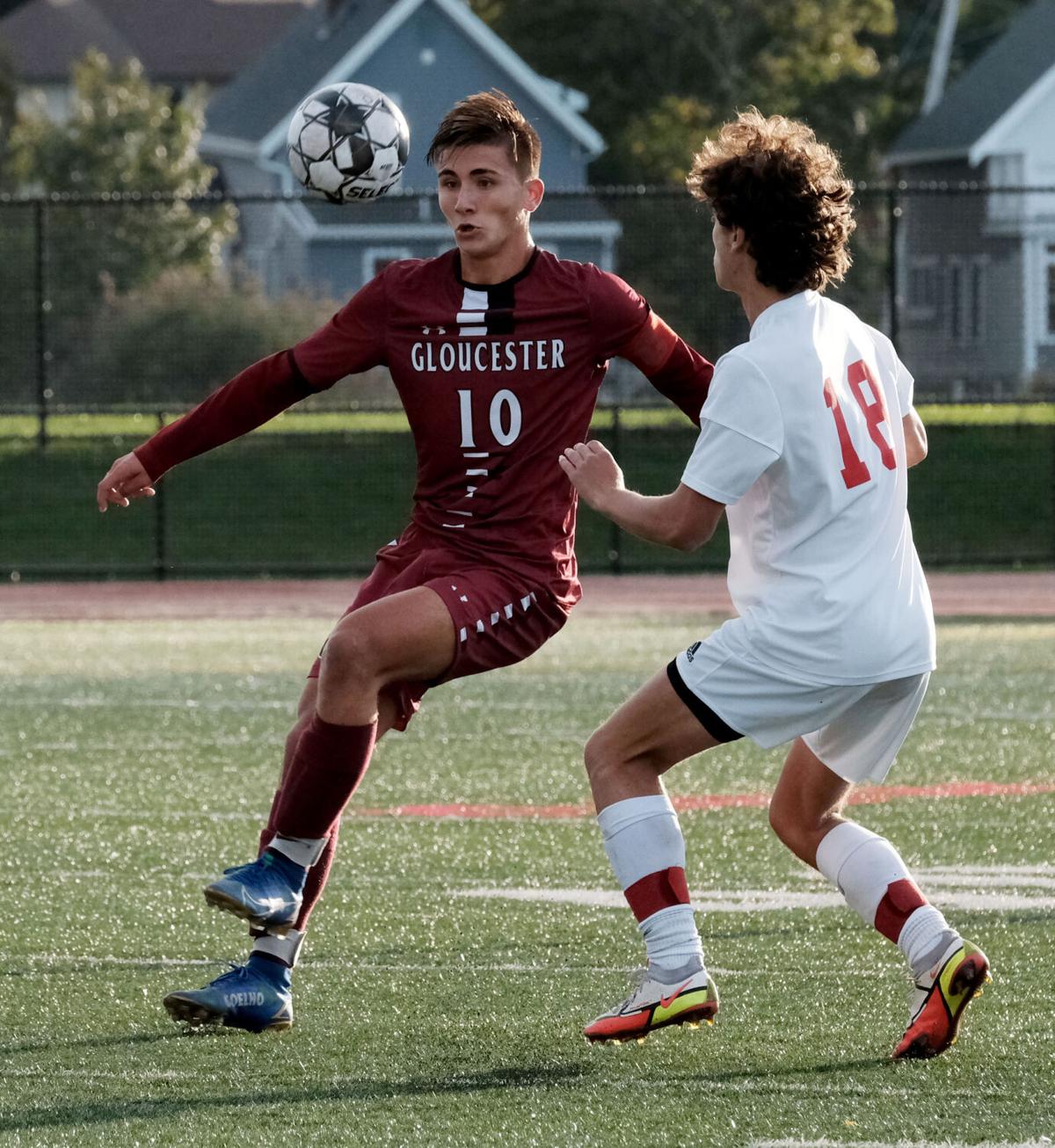 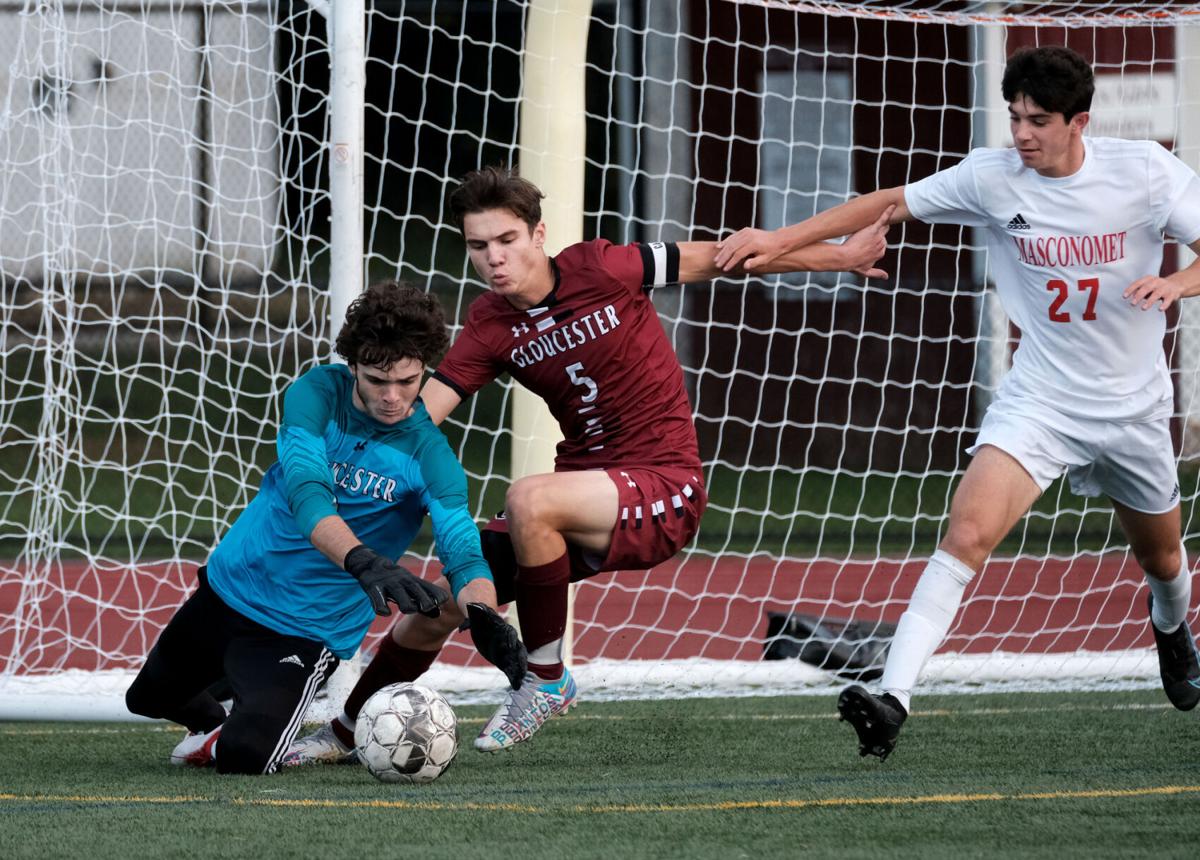 Gloucester goalie Maxwell Sperry dives on the ball after making a save as teammate Jack Patten helps and Masconomet’s Jason Karas moves in to go for the rebound. 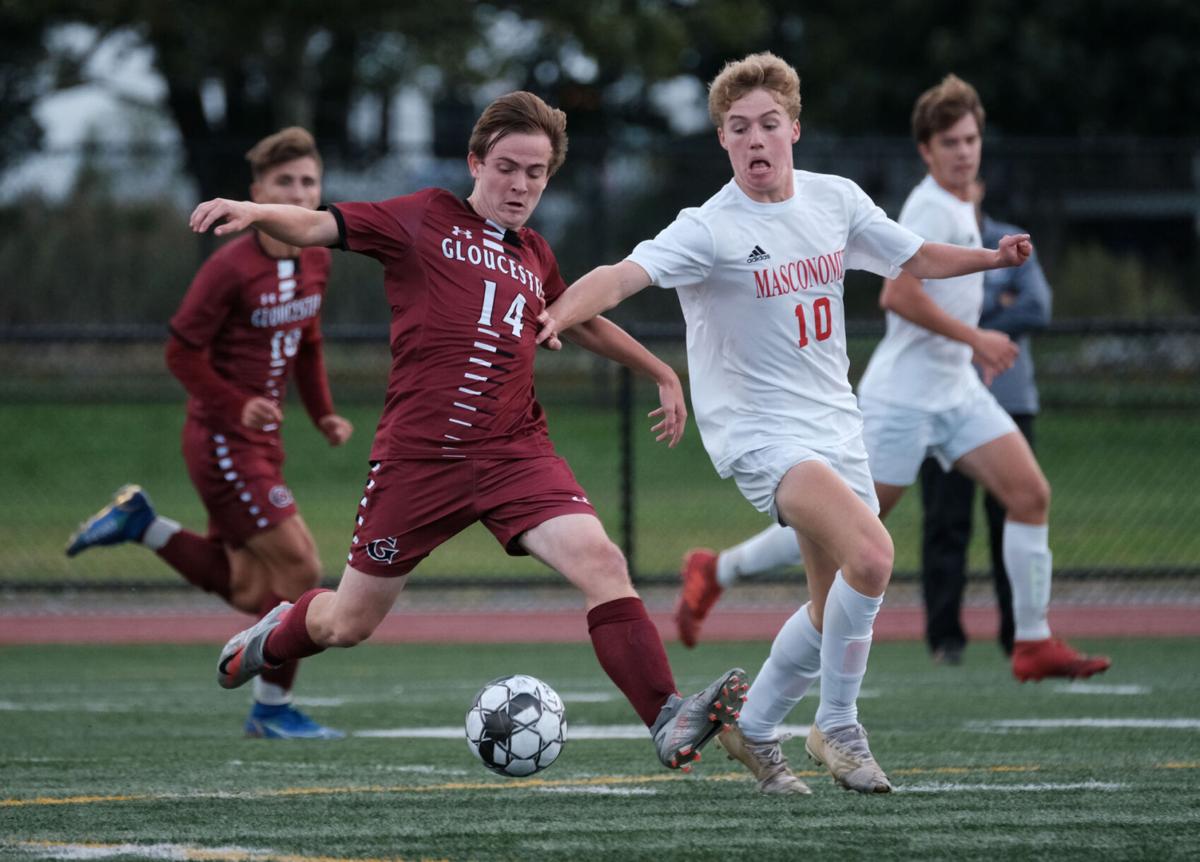 Gloucester’s Keith Horne prepares to move the ball up to a teammate as Masconomet’s Sam Brockelman defends in Tuesday’s game at Newell Stadium.

Gloucester goalie Maxwell Sperry dives on the ball after making a save as teammate Jack Patten helps and Masconomet’s Jason Karas moves in to go for the rebound.

Gloucester’s Keith Horne prepares to move the ball up to a teammate as Masconomet’s Sam Brockelman defends in Tuesday’s game at Newell Stadium.

The Gloucester boys soccer team did not get the result it was looking for in Tuesday’s 2-1 loss to Masconomet in Northeastern Conference crossover action at Newell Stadium.

The Fishermen, however, learned a lot about themselves in defeat.

For starters, Gloucester, which is usually a fairly aggressive team that can generate lots of scoring chances, switched to a more defensive, counter-attacking scheme on Tuesday and executed well against a talented opponent. The Fishermen also learned that they can hang with any team in the conference as they gave the most storied program in the conference a serious run for their money in a game that could have gone either way.

“This is exactly what I was looking for against a team like this, I have only positive takeaways this afternoon even in a loss,” Gloucester head coach Armando Marnoto said. “I wanted to see us fight, play for each other and play together, and they did. It showed me that they can make some noise playing this style against very good teams.”

Marnoto usually opts to have two strikers up top and his team is always moving the ball forward. On Tuesday, however, to combat Masconomet’s superb precision passing and possession attack Marnoto put just one striker up top and opted to play more defensive. The Fishermen played stout defense all afternoon, led by Jack Patten at sweeper, and generated offense through counter-attacks.

That strategy worked for much of the night as Masco controlled possession but could not come away with a first half goal and the teams went into the half scoreless.

“Masco really likes to overpower teams on the wings and they have been ripping through some high quality teams this year,” Marnoto said. “I thought we responded well and were ready to defend that attack. If we maintain this focus we will be in good shape going forward.”

Gloucester (5-2) actually took the lead early in the second half with a perfectly executed counter attack. Andrew Coelho gathered the ball on the left wing and fired a perfectly place cross into the box, where striker Geremy Palacios re-directed it off the right post and in for a 1-0 lead in the 45th minute.

“The ball movement there was great and it was just the kind of chance we were looking to convert on playing this way,” Marnoto said.

The Chieftains, however, picked up the pressure from there, stayed patient and eventually found some offense.

Masco tied it up at 1-1 in the 59th minute when a well placed cross from the left wing found the foot of James Toleos on the right wing and he buried his chance. One minute later, Masco found the game winner on a deep shot from Ross O’Brien from just outside the left box that went in far post to make it 2-1.

“I thought all three goals were off of great plays,” Marnoto said. “We played with focus and played well all game but that’s an excellent team and they made two great plays there in the second half.”