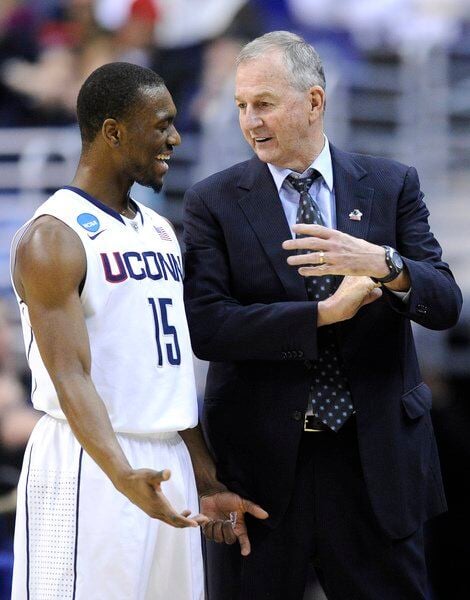 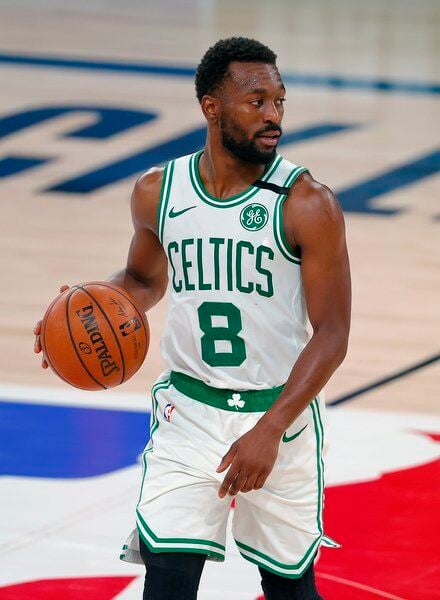 It was three days before it finally happened.

I called ex-UConn legend and Basketball Hall of Famer Jim Calhoun, now coaching a Div. 3 team in Hartford, Conn. -- St. Joe’s -- and asked what would the Boston Celtics be getting if they signed Kemba Walker.

“He’s already proven he’s a great player and he’s going to be a very wealthy man wherever he goes. But he wants to win. He wants to compete for a championship ... Boston will love Kemba.”

About 12 hours removed from Kemba’s classic dribble-stop-step-back jumper over Serge Ibaka, clinching the all-important Game 2 of the Eastern Conference semis against the defending champion Toronto Raptors, I offered Coach Calhoun the chance to say, well, I told you so.

The usually-fast talking Calhoun was quiet for a few seconds, normally enough time to get in about 20 words, before saying:

“I never have to say it,” said Calhoun. “Because I know it.”

While Kemba never won a playoff game in Charlotte, he saw the winning and clutch part time and again, in games, Final Fours, practices, wherever.

“I believe there was a big sigh of relief when Kemba came in,” said Calhoun. “Because he did what he did with us, he includes everyone. It’s not just about him. He also brought in cache as a four-time all-star, who won a national championship.”

Calhoun never mentioned Kyrie Irving’s name, but it was obvious whom he was referring to when talking about Kemba’s strength, beyond his clutch gene.

“You look at how Kemba is willing to step aside, allowing (Jayson) Tatum to do his thing,” said Calhoun. “Other stars are resentful. They say they want to win, but only want to win when they’re doing the winning. Not Kemba. When a guy like Marcus Smart is hot, Kemba’s getting him the ball.”

Calhoun recalled the Final Four in 2011 when, in the end, UConn, in Kemba’s final run there, beat Brad Steven’s Butler University squad (53-41).

“We had a freshman Shabazz Napier, whom we wanted to play some point guard, allowing Kemba to play more off the ball because of his scoring ability,” said Calhoun. “People were telling him it would hurt him in the draft, not being the full-time point guard, but he never wavered. He was great with Shabazz. Kemba wanted to win. Period.”

Calhoun also gives high regards to Stevens and the way he has handled the talents and personalities on the Celtics.

“Honestly, I’m not the biggest fan of what we’re seeing in a lot of the NBA games, with you taking a three or we take a three,” said Calhoun. “I enjoy watching the Celtics play, the way they defend and the way the ball moves. Brad is terrific. He gets everyone involved. It also helps they have a bunch of guys that play off the dribble.”

Calhoun admits that coaches don’t always mean what they say, buttering up players and teams.

“The Celtics did their homework with Kemba,” said Calhoun. “When I talked to them, I told them you will be better when you sign him, not just the two hours on the floor, but the other 22 hours, too.

“Sometimes, I admit, some things you say about a player is B.S.,” said Calhoun. “But what I’ve said about Kemba has always been the truth. In Kemba I trust.”