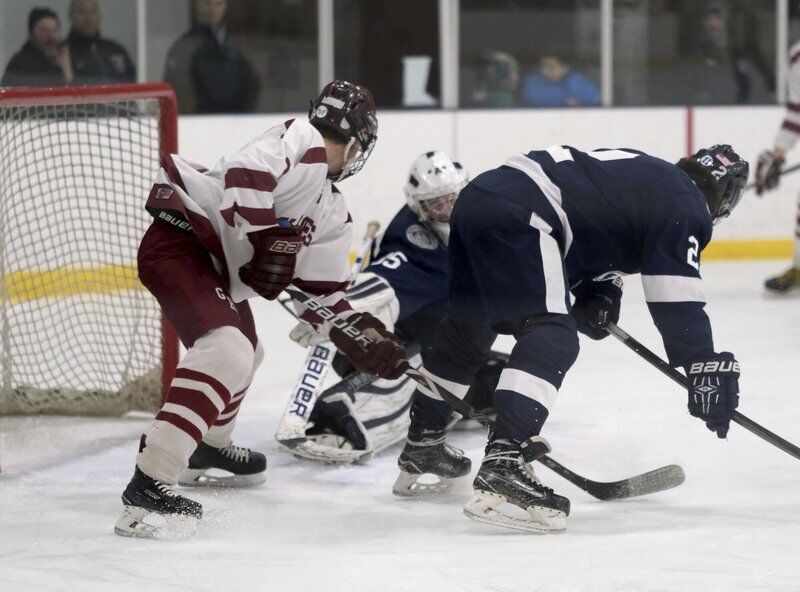 Staff File PhotoSenior Ryan Bergin will wear the "C" on his jersey for the Gloucester hockey team this fall. 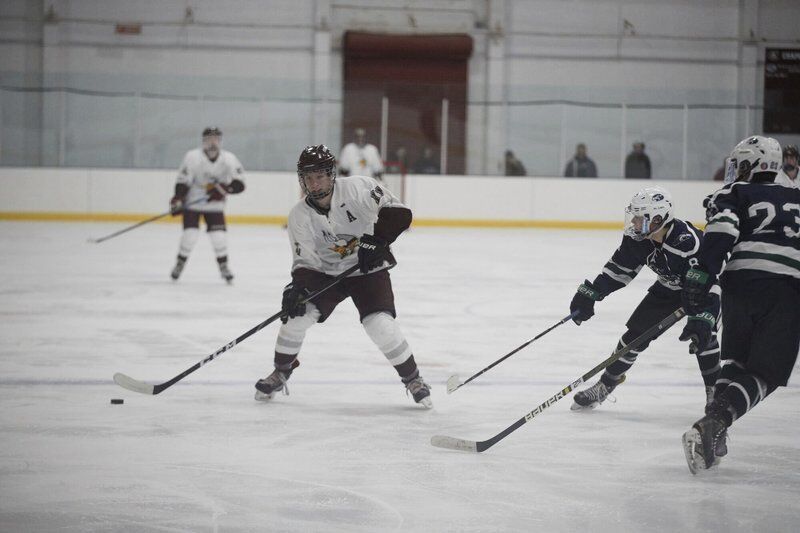 Staff File PhotoSenior Ryan Bergin will wear the "C" on his jersey for the Gloucester hockey team this fall.

In a season where nothing is normal and high school athletes and coaches have had to adapt to unprecedented changes, head coach Derek Geary and the Gloucester hockey team are entering the 2021 season focusing on the positives.

According to Gloucester's fourth year head coach, his team is more than excited to be approaching the regular season and that excitement has shown on the practice ice.

"The preseason has been going great, it's the best preseason we've had in my four years," Geary said. "The team has been competitive with each other, there's a lot of open competition. Everyone is just happy to be out there playing, the changes are something every team needs to deal with."

The Fishermen open up the regular season on Saturday against Peabody at Talbot Rink (5:30 p.m.) for the first of 11 scheduled games.

When Gloucester hits the ice, it will be led by a deep and talented core of forwards.

Junior Jack Costanzo, who will be wearing the "A" on his sweater this winter, is the team's leading returning scorer as he put up 41 points as a sophomore a year ago and enters the season with 91 career points. Costanzo is joined by senior Ryan Bergin, who will be donning the "C" this winter as team captain and sophomore Jack Delaney as the team's top returning scorers from a year ago.

"Costanzo and Delaney are back playing together at the moment with Bergin, but our lines will be moving parts all season," Geary said. "They're all productive varsity players already. Costanzo is one of the premier players in the state, Bergin is a heart and soul player and Delaney has great ice vision."

The Fishermen have plenty more offensive firepower to go along with their top three returning scorers. Senior Zach Abbott, who joins Costanzo as assistant captain, returns to the fold and the team has multiple freshmen that will see big minutes on the forward lines. Emerson Marshall and Colby Jewell have both showed an offensive touch early on while Brett Cunningham and Joseph Orlando will also see regular shifts this winter in their first year of varsity action.

On the blue line, juniors Ryan Frates and Robbie Schuster were the team's top pairing a season ago and both are back in the mix. Senior Jack Ashley and junior Tim Marrone also return to the lineup.

Gloucester will be looking to find a new starting goalie this season as 2020 NEC MVP Connor Vittands graduated. Geary says he has three solid candidates in sophomore Sean Bergin and freshmen Nick Tarantino and Riley De Haan. He expects all three to see minutes this year and has not yet named a starter for Saturday's opener.

"All of them should get an opportunity," Geary said. "The competition has been strong and I like what I have seen from all three. We aren't asking for any of them to be Connor Vittands right now but I think all three can more than hold their own out there."

Gloucester will be competing in a deep NEC North with challenges such as Danvers, Marblehead, Beverly, Winthrop and conference newcomer Masconomet.

"The conference is always strong but right now the team to beat for us is Marblehead," Geary said. "They beat us pretty handily twice last season. They're a tough team that we have a lot of respect for and we need to beat a team like that if we want to be near the top of the conference."

Second year head coach Kyle Nelson may have several standouts to replace from last year's state tournament team, but he also has a strong nucleus of veterans returning to the lineup this winter.

"We are looking pretty good so far," Nelson said. "Our top six forwards are pretty much all returning players and they've been playing well together so far."

Senior Rowan Silva is Rockport's leading returning scorer as he has been one of the team's most consistent offensive performers since his sophomore season. Frew Rowen is back at the wing for his fourth season of varsity hockey while sophomore Dougie Pratt, junior Gio Recupero and junior Luke Moruzzi will also see regular shifts.

On the blue line, Aidan Arnolds returns after an All-Star season in 2020 while Mike Nocella is also back on the blue line. Sophomore Jack Crompton will be the team's starting goalie. Rockport graduated three senior net minders from last year's team.

The Vikings will be competing in the Cape Ann League this fall as COVID-19 has forced all teams to play within their respective leagues. Rockport normally plays in the Commonwealth Athletic Conference.

The CAL brings some serious challenges including strong programs such as Newburyport, Triton and Lynnfield to go along with North Reading, Hamilton-Wenham and Pentucket.

"We are playing a lot of good teams but we're up for the challenge," Nelson said. "The key for us is to take care of the puck in our own end. If we are composed in our own end we should be able to hang with everyone."

Strengths: The team has a lot of forward depth and should be able to put some points on the board this season.

Concerns: The Fishermen need to replace a conference MVP goalie and do not have a goalie on the roster that has played a varsity minute.

Coach's Outlook: "I just think it's great that we're on the ice being able to compete. The kids have really enjoyed the preseason, the COVID protocols are necessary and not a big deal. We have a lot of challenges on the schedule and we are excited to get going."

Strengths: The Vikings have been moving the puck well and have been strong on the rush in preseason workouts.

Concerns: Rockport is also replacing its entire core of goaltenders from a year ago.

Coach's Outlook: "We are back in the Cape Ann League for this season. Our main goal is to be competitive with everyone in the league and prove that we belong in the league long term."