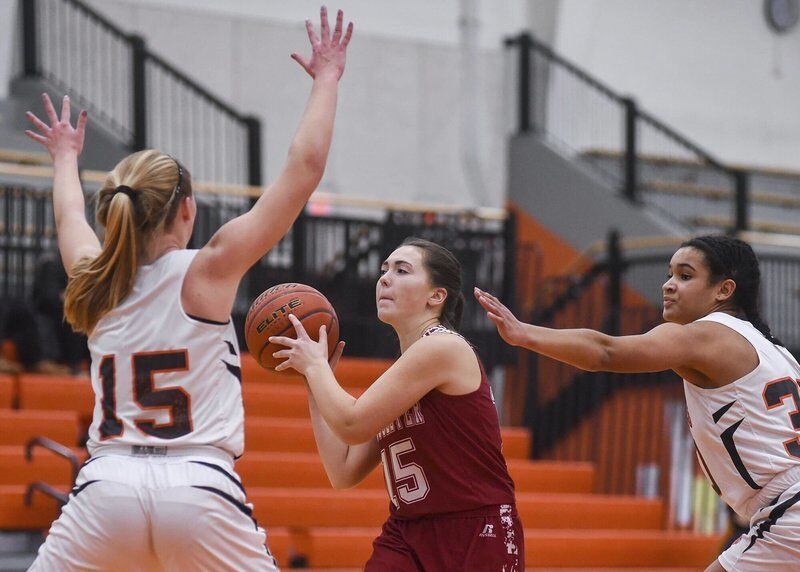 JAIME CAMPOS/Staff photo Kelsey Lowthers and the Fishermen open up the season on Friday at Winthrop. 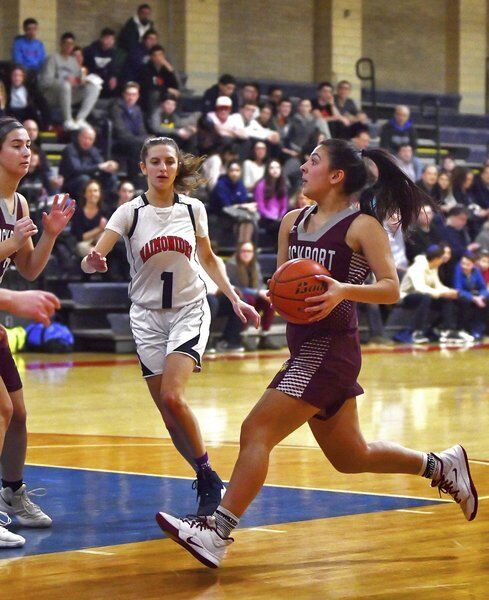 Staff File PhotoZoe Lucido returns to the Rockport back court this winter. 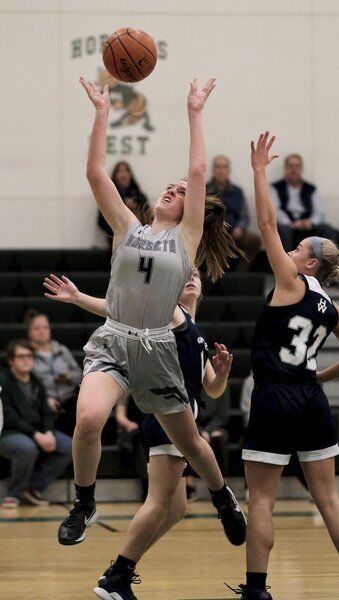 JAIME CAMPOS/Staff photo Kelsey Lowthers and the Fishermen open up the season on Friday at Winthrop.

Staff File PhotoZoe Lucido returns to the Rockport back court this winter.

The 2021 season is all about growth for the Gloucester girls basketball team according to head coach Shaun Goulart.

'Helvetica Neue', Helvetica, Arial, sans-serif13The Fishermen only won one game a season ago, but ended the 2020 season with that win, taking down Salem. In his second season as head coach, Goulart is looking to continue that process of moving the program in the right direction.

"We made a lot of improvements from the beginning of last year to the end and we were able to end the year with a win because of it," Goulart said. "And we want to pick up where we left off this year. The veteran players have bought into the system and they look good fundamentally early on because of the work they put in during the offseason."

On the floor, the Fishermen will be led by a trio of senior captains.

Ella Marshall returns at the point guard spot after a conference All-Star nod a season ago. She is joined by guard Kelsey Lowthers and forward Kennedy Rounds as the team’s captains. All three saw significant varsity minutes a season ago.

"We have a good mix of younger and older players," Goulart said. "The veteran leaders have been doing a great job getting the younger players to buy in and get used to the system."

Gloucester will also be returning its leading scorer from a year ago in sophomore guard Taniya Wongus, who showed serious potential in averaging 7.5 points per game as a freshman. Junior Darcy Muller is also back to round out the starting five.

The team opens up the regular season on Friday at Winthrop (6 p.m.).

Vikings back in the CAL

Rockport turned in its best season in multiple decades last winter with a tournament berth and a postseason win. This season, however, the Vikings are presented with a different set of challenges.

"It will be different for us being in the Cape Ann League again but we're going to be compete the best we can and the girls will be ready for it," Wilson said. "We're just happy to be out there playing, especially for our five seniors."

Rockport has the North Shore's leading scorer returning to the lineup in junior captain and forward Kylie Schrock, who averaged over 22 points per game a year ago. Schrock tore her ACL in the team's state tournament win over Lynn Tech, but is back on the floor this winter and will be playing in Friday's opener at Triton (5:45 p.m.).

"Kylie looks like Kylie," Wilson said. "She's as aggressive as she always is and has the same attitude for the game. She really worked hard to get back this season."

Senior captain Zoe Lucido will shift over from shooting guard to point guard this year and will be handling the ball for the Vikings. Fellow senior captain Taylor Frost also returns to the starting lineup and is one of the team's most dangerous shooters along with senior guard Alexa Osier. Senior forward Maya Churchill will be the team's inside presence.

"We have a good group of veterans in the starting lineup and we are looking to develop some depth," Wilson said.

Manchester Essex will be looking to take advantage of its speed and athleticism, especially in the back court, to pick up wins this winter.

Head coach Lauren Dubois' squad will be led by its duo of senior captain guards.

Lily Athanas returns to the starting lineup after an All-Star season last winter and is one of the CAL's best defensive players who can also score when called upon. Senior guard Gianna Huet is the team's leading returning scorer as she averaged just over eight points per game. She can put the ball on the floor and shoot.

"We are going to have to make up for some of the offensive production we lost from last season and it starts with the guards," Dubois said. "They're fast and can get out in transition. We are always look to be quick on defense and move fast when we can."

Fellow senior captain Madeline Lai also returns to the starting lineup and will be one of the team's key rebounders and inside players.

A Cape Ann League champion will be crowned this winter, even in an abbreviated season, and the Hornets will be looking to compete in the Baker Division alongside strong programs such as Amesbury, Hamilton-Wenham and Ipswich. The team opens up the season on Friday at Ipswich (5:45 p.m.).

Strengths: The team has an athletic and fast starting lineup, all with varsity experience.

Concerns: The team lacks some height.

Coach's Outlook: "This season is about growth and improving from where we were last year. We have a good mix of players who were in the system last year and first year players. We will take it one game at a time and look to improve from the beginning of the year to the end."

Strengths: The Vikings have a veteran core in the starting lineup.

Concerns: The team is looking to develop some bench depth.

Coach's Outlook: "We know the Cape Ann League will be a challenge but I think the team is up for it. This season is about getting the seniors one final season to play together. We want to be competitive every night."

Strengths: The Hornets look to be a strong defense that can create turnovers.

Concerns: The team will have to find a go-to scorer and an inside presence.

Coach's Outlook: "We're happy to have this opportunity and the number one goal is to have a safe and healthy season. We want to be competitive in the (Baker Division) again this season and we will be led by our senior leadership."