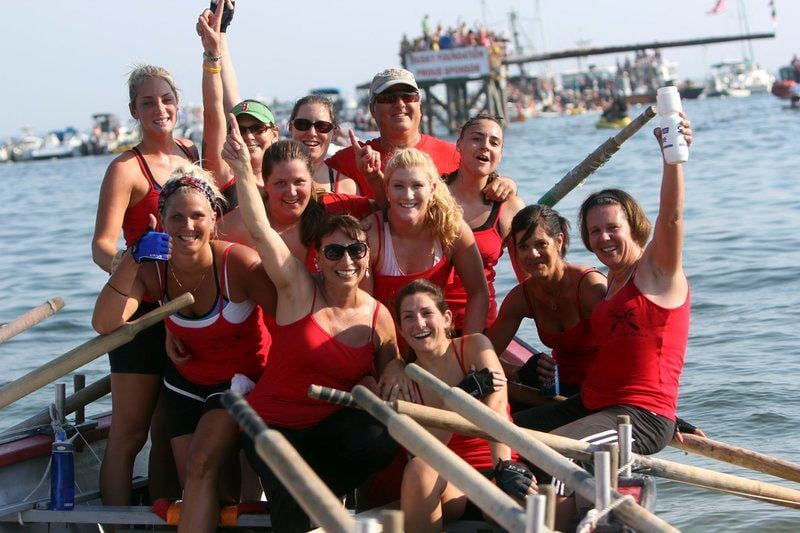 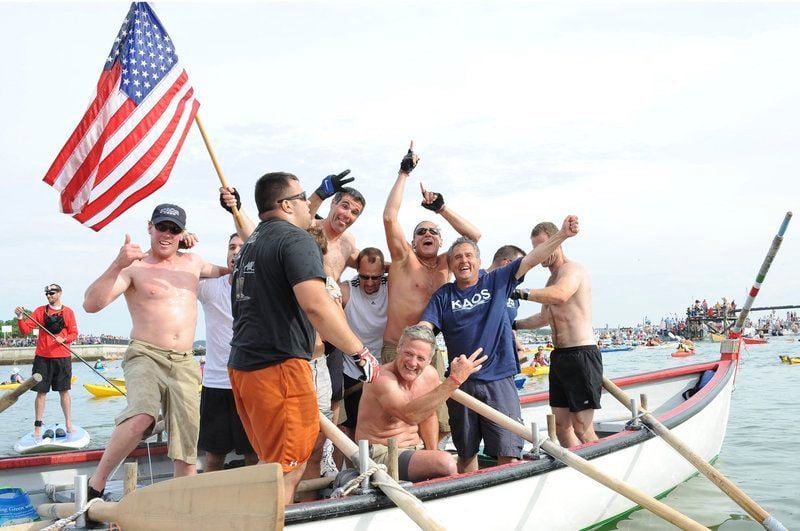 Staff File PhotoKaos has the most men's seine boat championships this decade with three. 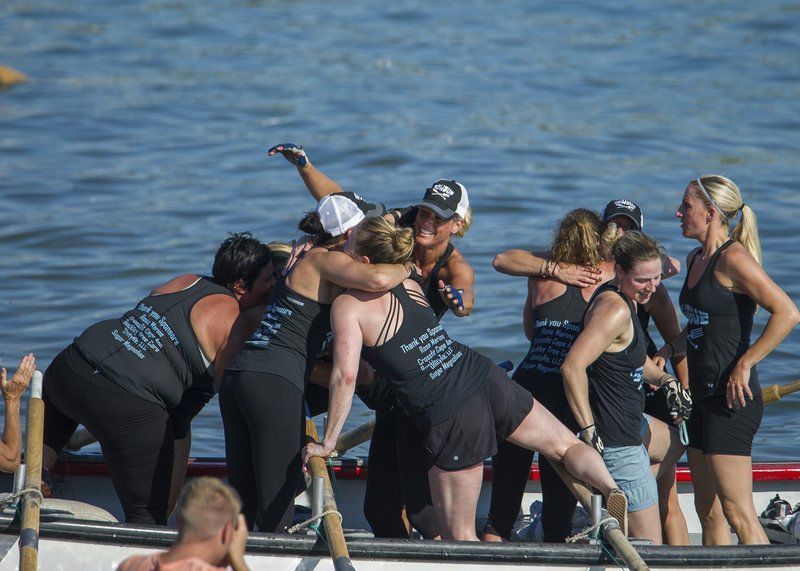 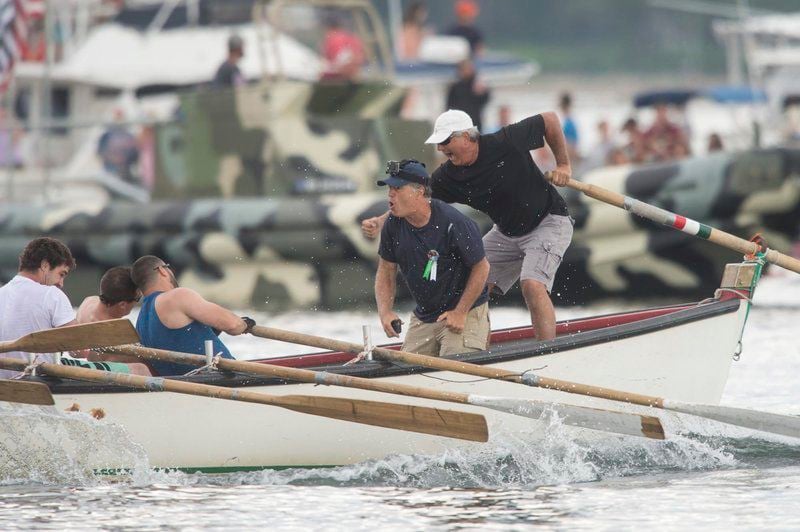 Staff File PhotoThe Merger blew away the field in 2017 and won again in 2019.

Staff File PhotoKaos has the most men's seine boat championships this decade with three.

Staff File PhotoThe Merger blew away the field in 2017 and won again in 2019.

The St. Peter's Fiesta sporting events will not take place in 2020, but that does not mean we can't talk a little seine boats and greasy pole.

For starters, let's take a look at some of the best moments the Nina, Pinta and Santa Maria have delivered in Gloucester Harbor from 2010-2019.

Men: Over the last 10 years, only two crews have won multiple times in Kaos and the Merger.

Kaos opened up the decade with a bang, taking home three of the first four titles this decade with wins in 2010, 2011 and 2013. The 2011 win was its third in a row since it also won in 2009. Kaos is one of the all time greats and proved it in a big way in the early stages of the decade and were mere feet away from winning four in a row (more on that 2012 race to come). Kaos, led by coxswain Joe Novello, left no doubts with impressive championship wins in 2010 and 2011 and held off 2012 champ Closing Time with another impressive performance in 2013.

The Merger also took home a pair of championships this decade and has the potential to add to its already impressive resume in 2021, when it will be defending its 2019 championship. This crew, led by coxswain Vito Giacalone Sr., turned in the most impressive performance this decade en route to the championship in 2017. The race was essentially over at the turn as The Merger blew away the field in one of the most lopsided victories the sport has seen in a Sunday race.

Outside of the two multiple time champs, there were several other impressive championship performances this decade. Closing Time, led by Mike Jarvis, took home the victory in the race of the decade in 2012 with an incredible push to the finish. The Wharf Rats, another crew led by Giacalone, took home the crown in 2014 to end Kaos' reign. Lock-n-Load, led by Vincent Orlando, stepped up in 2015 to take control of the men's division before being unseated by Forza Furia in 2016, another crew headed up by Jarvis. In 2018, Iron Village, led by Paul Giacalone, pulled off a big upset by taking down the Merger and Forza Furia in oppressive heat for its first title.

Women: When it comes to the women's division, this decade was dominated by three crews as Oar'Dacious, Rowgue and Backlash have combined to win all 10 champoinships.

Oar'Dacious, led by coxswain Joanne Frontiero, didn't just win those races, they dominated them. That is until Rowgue came along in 2013 and took control of the division. Oar'Dacious bounced back with a win in 2014 but Rowgue, led by Gina Lampassi, won again in 2015, 2017 and 2018, establishing themselves as one of the all time greats in the process. They cemented that status with back-to-back wins in 2017 and 18, both wins were dominant performances.

Backlash, led by Julie Geary, also made a name for itself this decade with wins in 2016 and most recently in 2019. The crew was a factor in just about every race over the last 10 years and looks to be in the foreseeable future as well.

Men: The aforementioned 2012 race is a no brainer for the race of the decade, and it may even be the best race of all time. The race saw Kaos going for four in a row against upstart challengers Closing Time and the Wharf Rats, and what ensued was a race that saw all three crews trade off the lead at one point and all three crews hit the beach with less than a quarter of a boat separating first place and third place.

It was nip and tuck the entire half mile row back to the beach. Kaos had the lead, then the Wharf Rats overtook them as the crews started to shuffle towards Pavilion Beach. Most of the attention was on those two crews most of the way back, but Closing Time, living up to its name, came roaring back down the stretch and had some serious boat speed as the crews approached the greasy pole. With all three crews pulling their hardest, Closing Time had the most left in the tank and edged out the win by about a seat over the Wharf Rats, who had Kaos by a foot or two. It's tough to match that kind of drama in a three-boat race as one usually fades. But those three championship crews all brought their A games.

Women: The star power and results of the 2017 race stand tall above the rest when it comes to the women's seine boat races this decade. The race saw the previous three champions, defending champ Backlash, 2015 champ Rowgue and 2014 champ Oar'Dacious compete in a three-boat battle where the win was there for all of them to take.

In the end, Rowgue rowed the perfect race to take home the win.

All three crews were essentially neck and neck on the way to the flag and Rowgue was actually in third place, albeit by a slim margin, as the teams started to approach the halfway point. Oar'Dacious turned first, but Rowgue turned it on at the right time and snatched the lead on the way back. Oar'Dacious didn't go away, but Rowgue held them off and eventually hit the beach with a one-boat lead with Backlash only a boat behind runner-up Oar'Dacious. This race was not only memorable because the field was so strong, it was memorable because all three crews rowed a great race.

The record for the boat Backlash was incorrect in the original version of this story, published online and in print.