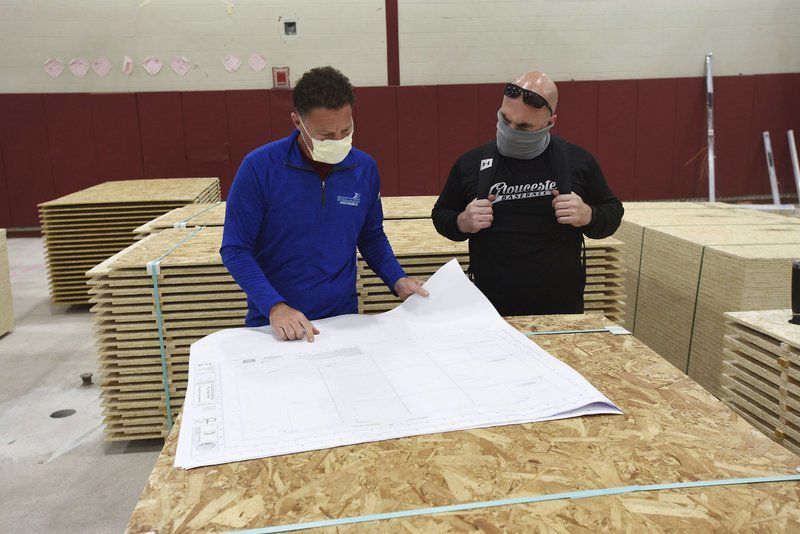 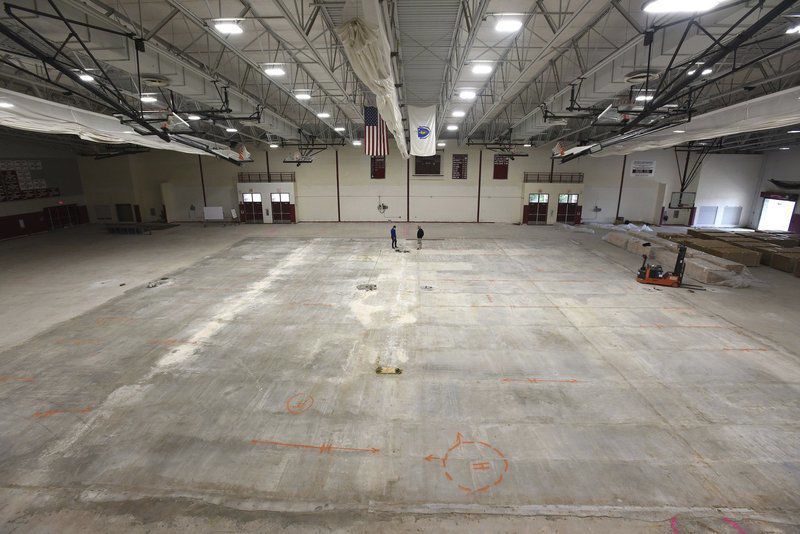 PAUL BILODEAU/Staff photoThe renovation project has begun at Gloucester High School's Smith Field House. Floors and bleachers have been removed and a new surface will be installed this summer. 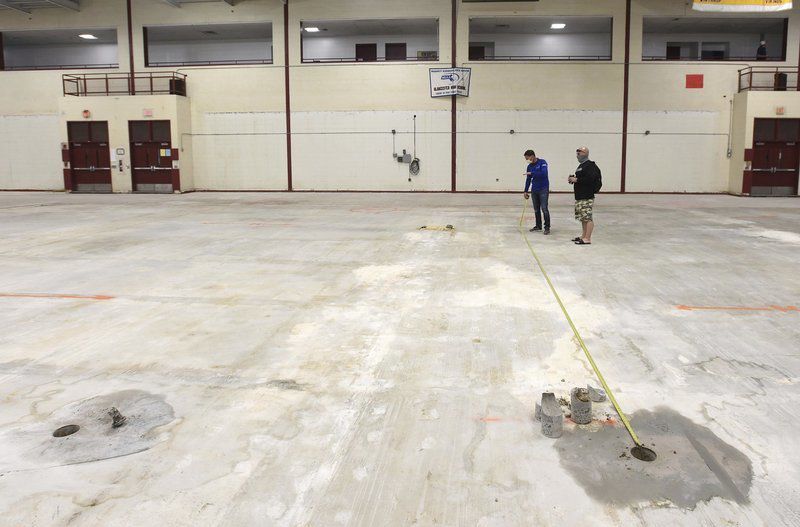 PAUL BILODEAU/Staff photoThe renovation project has begun at Gloucester High School's Smith Field House. Floors and bleachers have been removed and a new surface will be installed this summer.

The COVID-19 pandemic completely wiped out the 2020 spring high school sports season and the end of the 2019-20 school year. The cancellations, however, have allowed a long awaited project to get going earlier than scheduled.

With school already closed for the year, renovations have started at the Benjamin A. Smith Field House at Gloucester High School, which has been in rough shape over the better part of the last decade.

"The city has been great at pushing this project forward knowing it was a necessity," Gloucester Athletic Director Bryan Lafata said. "With the shut down, the job has started earlier than planned and is weeks ahead of schedule. It's projected to wrap up some time in August."

The $1.6 million project, which is part of a $1.85 million loan obtained by the city in 2019, will completely renovate the field house, which was built as part of a major renovation and expansion of the school back in 1996.

The city of Gloucester filed suit and sought a settlement against the builder on the $22 million project, but lost its case because officials had signed off on changes to work orders that allowed the builders to cut back on the subsurface flooring.

The floors have already been ripped up and the bleachers have been taken down. A new basketball court and track will be installed along with new set of bleachers. A wireless scoreboard will also be put up to replace the old scoreboard, which requires wiring to run underneath the bleachers, but that project is unrelated to the current renovations.

The project is great news for local sports programs, especially those at Gloucester High School.

The winter indoor track and field team has not hosted a meet at the Smith Field House since the 2015 season as the track surface was not safe for use due to numerous dents or dead spots in the surface. That should change this winter.

"The track team was hit especially hard and it's great to know that they will get the usage they should get out of the facility," Lafata said. "That's a big positive for the program."

There will also be more room for the Gloucester basketball programs as well. Over the last half decade, the side courts in the field house were not safe to use for the same reasons as the track surface. As a result, the sub varsity programs, especially the freshman teams, had to go to the local elementary and middle schools for practice. With the new surface, all teams will be able find the space to hold practices in the field house.

Just about every Gloucester High School athletic team uses the Smith Field House in some capacity for practice or games.