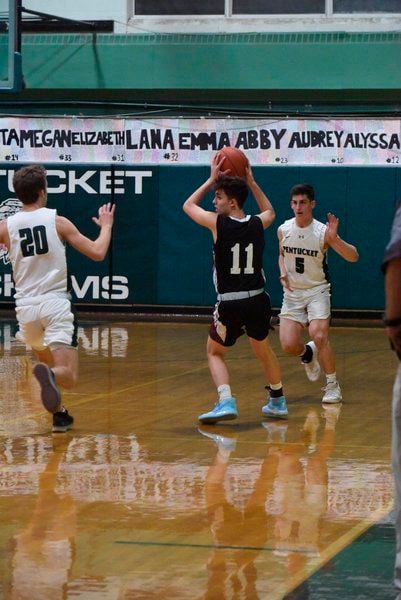 BRYAN EATON/Staff photoRockport's Kyle Beal (11) brings the ball up the floor on Tuesday at Pentucket. 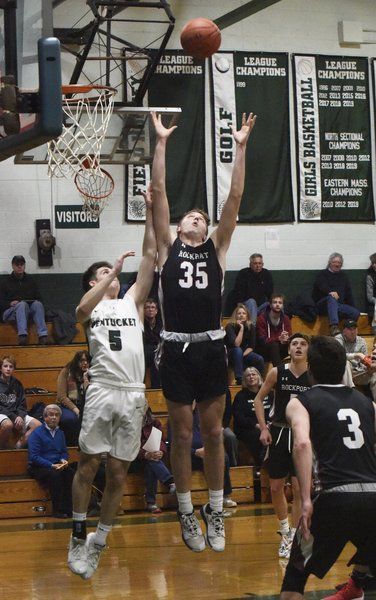 BRYAN EATON/Staff photoRockport's Gavyn Hillier goes up for a rebound on Tuesday at Pentucket.

BRYAN EATON/Staff photoRockport's Kyle Beal (11) brings the ball up the floor on Tuesday at Pentucket.

BRYAN EATON/Staff photoRockport's Gavyn Hillier goes up for a rebound on Tuesday at Pentucket.

The Hornets move to 7-0 on the season with the win over a Cape Ann League Kinney Division opponent at home on Tuesday.

Manchester Essex broke the game open with a big fourth quarter performance, extending its lead from three to 11.

Kellen Furse led the offense with 25 points, Jack Shaw had 11 while Frank Wood and A.J. Pallazola had eight.

The Hornets return to action on Friday at home against Hamilton-Wenham (7 p.m.).

The Vikings (2-6) played well on the road against one of the CAL Kinney’s best teams, but the host Sachems pulled out a win with a big second half.

The Hornets fall to 2-2 with the loss on the road Monday.

The Hornets move to 1-2 with their first win of the season on Monday night.

The boys team improves to 2-1 with the win.

Hornets wins came from Connor Queenan in the 200 and 500 freestyle and Aidan Cunningham in the 50 and 100 freestyle.

The Hornets boys and girls return to the pool on Sunday at home against North Reading (4 p.m.).